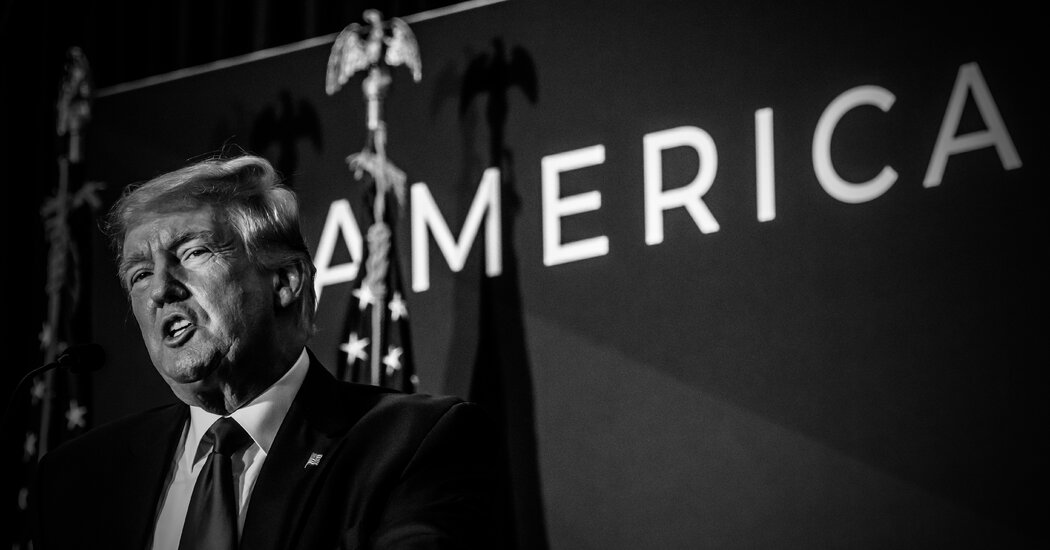 “We will need to see what happens in 2022 and 2024,” Valentino wrote, “but two types of events in these upcoming elections would indicate whether the U.S. has broken from mainstream democratic systems”:

First, widespread refusal among losing candidates and members of their party to accept their losses in these elections and, second, state officials in certain states refusing to certify elections where candidates of their own party lose. Note these types of threats are significantly more serious to democracy even than the myriad changes to election laws that make it harder for citizens to vote, even when those laws disproportionately affect some groups more than others. This would be voter nullification after the fact.

In their 2021 paper “The Majoritarian Threat to Liberal Democracy,” Guy Grossman, Dorothy Kronick, Matthew Levendusky and Marc Meredith, political scientists at the University of Pennsylvania, argue that “many voters are majoritarian, in that they view popularly elected leaders’ actions as inherently democratic — even when those actions undermine liberal democracy.”

The willingness of majoritarians “to give wide latitude to elected officials is an important but understudied threat to liberal democracy in the United States,” Grossman and his co-authors write.

What liberal democrats see as backsliding, the four authors continue, “majoritarians see as consistent with democracy, which mutes the public backlash against power grabs.”

Many voters grant tremendous license to elected incumbents, perceiving incumbent behavior as consistent with democracy — even if it undermines checks and balances or other aspects of liberal democracy.

Jack Goldstone, a professor of public policy at George Mason University, stresses economic forces in his analysis of declining support for democracy.

“The rise of authoritarian parties is rooted in rising inequality and even more in the loss of social mobility,” he wrote by email, adding that

more rigid and culturally divided inequality breeds resentment of the elites. And I would say the elites brought this on themselves, by creating meritocratic bubbles that demean those outside and access to which they increasingly control for their own families. The elites have implemented policies of globalization, meritocracy and market-driven morals, preaching that these are for the best, while ignoring the widespread harm these policies have done to many millions of their fellow citizens. A bond with an authoritarian leader who is not beholden to these elites makes ordinary people feel stronger and gives them a sense of importance and justice.

In an essay last month, “Trump Was a Symptom, Not the Disease — and It’s Become a Global Pandemic,” Goldstone was sharply critical of economic and political elites, especially liberal elites:

It is the actions of liberal elites — well intended but grievously misguided — that have spawned the populist wave. In a variety of ways, ruling elites promoting globalization and diversity have deprived many groups in their own societies of opportunity, hope and security.

Along similar lines but with a different emphasis, Elizabeth Suhay, a political scientist at American University, wrote by email that “the rise in authoritarian parties is primarily driven by discontent among the masses.” Scholars have demonstrated this, she continued, “at the individual level (e.g., whether a person is unemployed) and the national level (e.g., the national unemployment rate).”

I would also say that European and U.S. elites are an indirect cause of the rise of authoritarian parties. The neoliberal policies they have championed have led to increased inequality, stagnating wages and a weaker safety net for most citizens. Economic distress, pessimism and precarity increase citizens’ interest in radical political candidates and policies on both sides of the political aisle.

deserves substantial blame for the recent challenges to democracy in the United States. It is difficult to overstate how unique he is on the American political scene with respect to his genuinely authoritarian tendencies. This said, it is important to recognize that a substantial portion of the electorate was strongly attracted to these very tendencies. In my view, it is due to a combination of factors that have generated deep anxiety about their own lives as well as the state of the nation: economic precarity and pessimism, rapidly increasing racial and ethnic diversity and declining social capital. In response to these anxieties, a powerful person who promises to turn America’s clock back several decades is very attractive.

Acemoglu, the M.I.T. economist, argues that one way to address the discontent with contemporary democracy among so many voters on the right would be to enact traditional center-left economic policies, including many supported by the Biden administration. Acemoglu makes the case that the activist wing of the Democratic Party has undermined the effectiveness of this approach:

The tragedy here is that Democrats have the plans to deliver public services and more broad-based economic growth, and this would help many Trump supporters as well. But Republicans have become very united in blocking all such policies, and Democrats themselves appear to work hard to alienate these groups, for example, by appearing more radical than they truly are or bandying around slogans such as defund the police or open borders.

There is a strong argument, Acemoglu continued,

that not just the United States but many other countries need traditional social democratic/labor party-type coalitions to support wage growth, worker protection, public service delivery, redistribution, health care and better health services, as well as antimonopoly regulations and policies. But the posturing and noneconomic language that many center-left parties have adopted make the coalition that would support this type of social-democratic party much more difficult or even impossible.

Given the intransigent, antidemocratic posture of the Republican Party and its leaders, only the Democratic Party, its shortcomings notwithstanding, is equipped to lead a drive to restore democratic norms. To become an effective force for reform, the party must first cease alienating key swing voters.