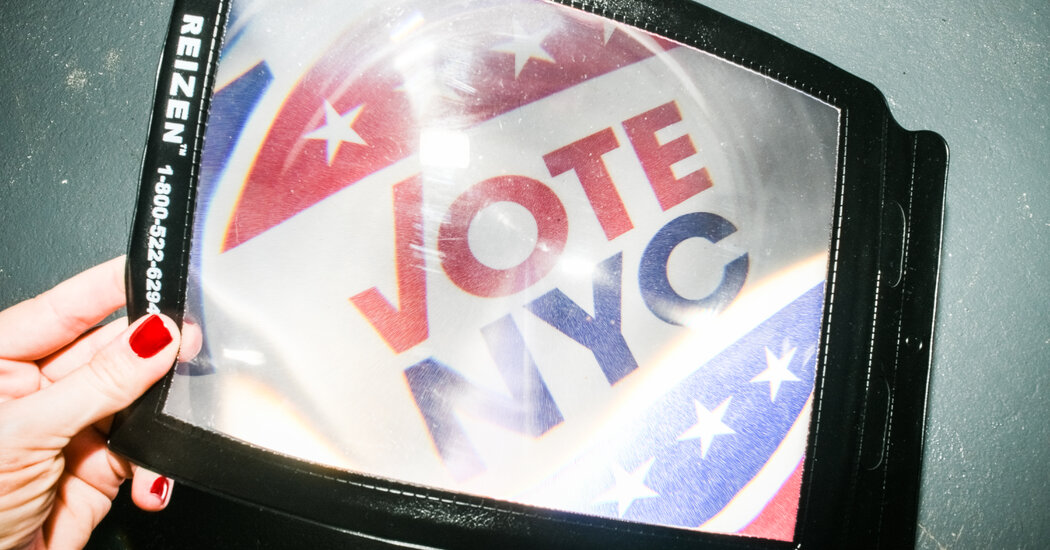 The results of the Democratic congressional primary in New York City on Tuesday give us a hint of just how far the working-class liberalism once associated with city politics has declined. The winners of two races in particular, Jerrold Nadler and Daniel Goldman, who will almost surely represent much of Manhattan (and a bit of Brooklyn) in the House, emerged as the victors of complicated congressional primaries in districts that were redrawn to reflect national shifts in population.

They represent different kinds of New York City Democrats — Mr. Nadler has deep roots in the old grass-roots liberalism of the Upper West Side, while Mr. Goldman is a political newcomer whose star has risen through his association with opposition to Donald Trump — but their shared success nonetheless highlights socioeconomic divisions in Manhattan that have a long history.

The primaries reflected the tensions and divisions within contemporary liberalism itself and raises the question of how (or whether) Democrats can effectively represent such radically different constituencies.

The changes in the city districts were a result of math — subtraction, to be specific. New York State lost a seat in the House because its population came up short by 89 people in a census conducted in 2020, at the height of Covid in New York. Indeed, if so many New Yorkers had not died in the early months of the pandemic, these contests — particularly the one that pitted Mr. Nadler against his House colleague Carolyn Maloney — would almost certainly not have taken place.

Beyond the numbers, though, the primaries were part of a continuing story of class divisions in New York City. In the mid-1930s, the Columbia University sociologist Caroline Ware wrote a study of Greenwich Village that focused on the Irish and Italian immigrants who moved there in the late 19th century and whose Catholic churches still dot the neighborhood.

Some at the time saw the Village as a success story of immigrant assimilation. But Professor Ware had a different interpretation. The people of the Village, she suggested, lived side by side but had little contact with one another. They were left to navigate a complicated city as “isolated individuals rather than as part of coherent social wholes.”

The national Democratic Party faces a similar class divide between highly educated urbanites and the working-class voters for whom it often claims to speak. It’s no secret that the party has moved away from the fiercely pro-union New Deal politics of the mid-20th century. For much of the 20th century, New York State’s congressional delegation included more than 40 representatives (compared with 27 today), a voting bloc that generally collaborated in support of an expansive social welfare state and working-class interests. New York representatives included many of the country’s most left-leaning politicians (like the Upper West Side’s Bella Abzug).

Mr. Nadler and Mr. Goldman come from different backgrounds, politically and economically. Mr. Nadler grew up in the city and got active in politics opposing the Vietnam War. Mr. Goldman is a Washington native who attended Sidwell Friends, Yale, Stanford; he served as assistant U.S. attorney with Preet Bharara in the Southern District of New York.

For Mr. Nadler, despite his victory on Tuesday night, the political world he emerged from no longer exists as a vital force. This is in part because of transformations within Democratic politics.

Mr. Nadler’s political career was forged at a pivotal moment in the aftermath of New York’s fiscal crisis of the 1970s. He was first elected to the State Assembly in 1976. In the following years, Democratic city officials were forced to increase subway fares, close public hospitals, charge tuition at CUNY and cease to embrace a politically ambitious role for local government. Mr. Nadler was elected to Congress in the early 1990s, when Democratic leaders like Bill Clinton proclaimed the end of the era of big government and were most optimistic about free trade and deregulation despite its impact on cities like New York.

He has supported many measures over his long career that would aid working-class people, but at the same time the Democrats have generally backed away from politics that would more forcefully address inequality and the economic divide.

Meanwhile, the economic fortunes of Manhattan were also changing — as part of an effort to secure a steadier tax base in the aftermath of the collapse of manufacturing, the city under Ed Koch began to reorient its economy toward Wall Street and real estate development.

As Wall Street became an engine of the city’s economy in the administration of Michael Bloomberg, Manhattan’s demographics began moving in largely the opposite direction from the city as a whole. From 2010 to 2020, the borough’s share of white and Asian population grew, while the borough’s Black and Latino population fell.

Today, the institutions that had once helped to stitch together constituencies from different ethnic and racial backgrounds, like unions, are far weaker in the city and nationally than they once were. People confront the problems of living in New York through the lens of personal ambition — as “isolated individuals,” as Professor Ware put it — rather than through collective efforts to improve the city’s life.

The narrow victory of Mr. Goldman illustrates even more dramatically the political crisis of working-class New York. In addition to being an heir to the Levi-Strauss fortune, Mr. Goldman is a type well known to denizens of Lower Manhattan, a successful lawyer who was able to self-fund his campaign. He is clearly a candidate whose political appeal was strongest for the new leaders of the Village and Lower Manhattan, the professional upper classes who work in law firms and investment banks, who fund their children’s schools’ parent-teacher associations and the park conservancies.

This is a social world that has little meaningful overlap with the working-class population, often Asian and Latino, that still dwells here but which lacks the confident political organization and alliances with the middle class that it once possessed.

Mr. Goldman’s political fortunes rose with his role as lead counsel in the first impeachment suit against Mr. Trump; his path to the House was largely paved by this rather than any deep engagement with the kinds of material issues that affect the lives of working- or even middle-class New Yorkers.

Mr. Goldman’s race was very close — he won by roughly 1,300 votes. The runner-up, Yuh-Line Niou, a state assemblywoman, ran a campaign whose rhetoric focused on class appeals, but unions and progressive groups proved unable to act in a coordinated way to support any single candidate in a crowded field.

Despite their different backgrounds, both Mr. Goldman and Mr. Nadler embody a Manhattan that has shifted in ways that affect not only its own politics but those of the country at large. Their careers point to the divides that Professor Ware pointed out decades ago.

In her account, the Village — and New York, and America as a whole — faced the problem of how to respond to the collective problems of a modern industrial society through the lens of a political culture that had been shaped by ruthless individual acquisition. The particular problems have changed, and yet Lower Manhattan remains home to a population that, as dense as it is, is intensely divided by class and ethnicity, that is characterized (as Professor Ware put it) by “an almost complete lack of community integration.”

The bitter politics of the August primaries, which reveal yet again the declining power of New York’s liberalism, are the result.

Kim Phillips-Fein, a historian at Columbia University, is the author, most recently, of “Fear City: New York’s Fiscal Crisis and the Rise of Austerity Politics” and “Invisible Hands: The Businessmen’s Crusade Against the New Deal.”