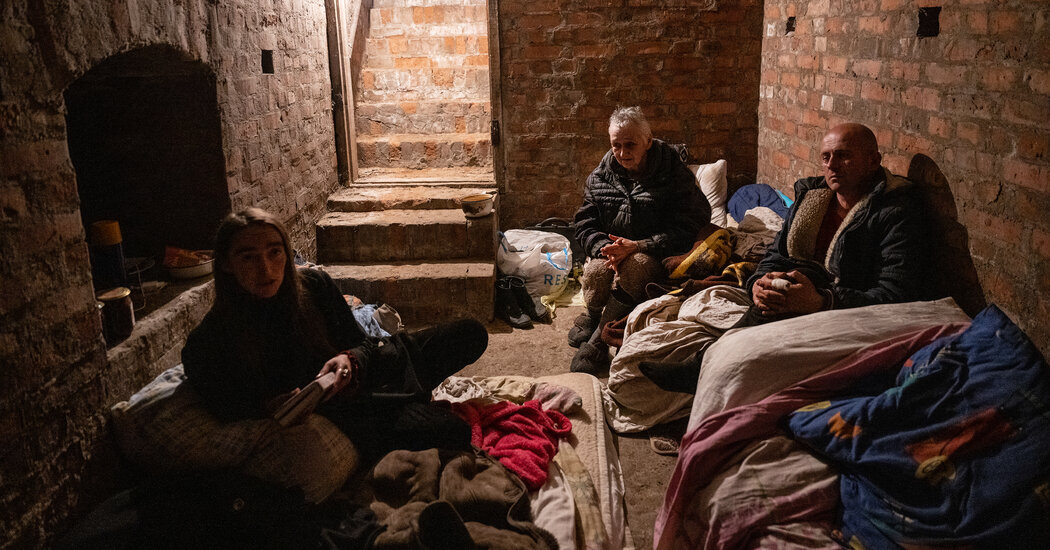 Zaporizhzhia, Kramatorsk and Pisky used to be places with their own cultures and complexions. Before the war, when I thought of Zaporizhzhia I’d think of the beautiful Khortytsia Island on the Dnipro river, or the ZAZ Zaporozhets, an iconic car built during Soviet times. Kramatorsk and Mariupol were the gates to the rest of the Donbas. Pisky used to be one of the richest villages in Ukraine, where the houses were fancy and the cars were expensive.

Now when I think of Zaporizhzhia I think of Milena’s struggles to breathe and Masha’s pain. Kramatorsk is the horror of the train station. Pisky is Lieutenant Gordiev with his cheer and his tea.

While we were in Pisky, Lieutenant Gordiev gave us a tour outside the dugout — with no helmet on — and showed us weapons sent by the West. He explained that the NLAWs, or short-range anti-tank missiles, were very easy to use. But they need a lot more of them. Mostly they were working with leftovers from Soviet times and Molotov cocktails.

After Pisky we headed west toward Dnipro. Three days later Lieutenant Gordiev texted me: The Russians were trying to get through again. “Everything is all right,” he wrote, as cheerful as before, “but not everyone survived,” he added. They planned to stay and hold the position. “Russia will stop where we will stop it,” he wrote. When he says “we” he means Ukraine.

In the early 2000s, records say, 2,160 people lived in Pisky. I don’t know how many were there before the invasion began. But by the end of April, the soldiers told us only 11 civilians remained, mostly old people. Another family left more recently, after a direct artillery hit destroyed their house and left some of them wounded. There is still a sign on their gate that says, “Family lives here,” but they’re not there anymore. I hope they’re somewhere safe.

Tanya Kozyreva is a journalist in Ukraine, formerly at BuzzFeed News. There she worked on the FinCEN Files project, a 2021 Pulitzer Prize finalist for international reporting.