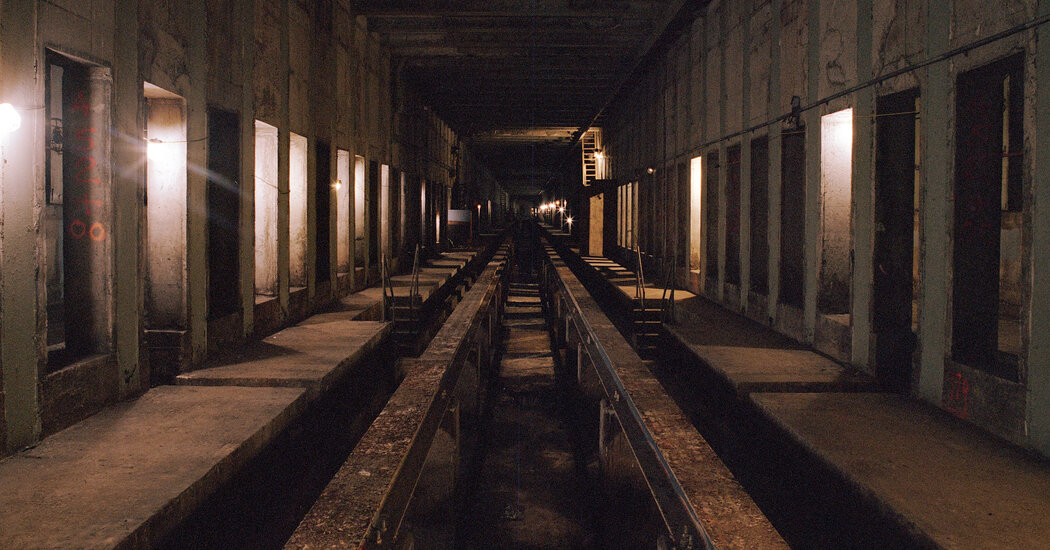 Like an old, well-loved couch, crumbling infrastructure is a fixture of life in New York City.

Finally, that’s about to change. Over the next several years, the city is set to receive billions for its aging railways, tunnels and bridges, including funds from the federal spending package approved in Washington late last year, which will support some of the city’s most urgent transit needs. These investments, along with other federal and state support for infrastructure, are long overdue. They stand to improve life in America’s biggest city, helping reduce commute times for millions and presenting an opportunity to ease the city’s housing crisis by better connecting more affordable areas of the region to jobs and transit. Together, these ambitious projects are a reminder of the critical role that public money plays in building America’s most essential infrastructure, in large cities like New York and elsewhere. The private sector can’t do it all.

One reason big public works projects are hard to execute is that they often take years to complete, making them less appealing to politicians looking to deliver quick, obvious results to constituents and to take credit for a finished project. That’s why efforts like fixing the signal system in New York City’s subway have sometimes taken a back seat to sprucing up stations or installing new bus stops. The best way to ensure the completion of less sexy but still vital infrastructure projects is to build strong public support for them. Here’s a look at some of the biggest projects on the way and how these investments could transform life in New York.

A NEW LINK BETWEEN NEW YORK AND NEW JERSEY

The Gateway project calls for digging a new two-track tunnel between New York’s Penn Station and New Jersey’s Newark Penn Station. The huge undertaking is to include repairs to the existing tunnel under the Hudson River, which is more than 110 years old and sustained significant damage during Superstorm Sandy in 2012. Once that tunnel is rehabilitated and the new tunnel is in operation, capacity along one of the country’s busiest commuter routes should be doubled. The complex project is expected to take more than a decade. But once completed, Gateway would mean better train service from the New Jersey suburbs, helping take cars off the road. And by making the more affordable parts of New Jersey better connected to New York City, it could help ease the regional housing crisis.

GETTING THE SECOND AVENUE SUBWAY TO HARLEM

The first phase of the Second Avenue subway project vastly improved subway access on the Upper East Side of Manhattan. An infusion of federal dollars could finally allow the M.T.A. to move forward on extending the Q line from 96th Street and Second Avenue to central Harlem, at 125th Street and Lexington Avenue. This is a critical upgrade for a system that needs to improve rapid transit service to high-poverty areas.

The Penn Station Access project is to connect Westchester County, Connecticut and the Bronx directly with Manhattan’s west side, creating an alternative to Grand Central Terminal for those heading to the city from some northern suburbs. It would also add four Metro-North stations in underserved areas of the Bronx, to better connect working-class and poor residents of those areas with Manhattan and the rest of the city.

MORE SERVICE BETWEEN BROOKLYN AND QUEENS

The Interborough Express project would join existing but underused railway lines to connect parts of Brooklyn and Queens to each other, rather than taking commuters to Manhattan, as most of New York City’s subway lines do. The project would directly connect neighborhoods from Bay Ridge in Brooklyn to Jackson Heights in Queens, reducing commuting times in fast-growing parts of New York City. Building the Interborough Express would involve bringing passenger service alongside some of the city’s freight railways, like the Bay Ridge Branch, which hasn’t carried passenger trains since 1924.

A BETTER HUB FOR BUSES

The Port Authority Bus Terminal in midtown, which connects New Jersey commuters to Manhattan, is being rebuilt. What might be the nation’s ugliest bus terminal will be replaced by a modern facility with increased capacity for buses, as well as infrastructure for an electric fleet. The project will also improve the streetscape around the terminal, adding much-needed green space. Though the project is likely to be funded largely with Port Authority revenue, officials there say they hope to compete for federal infrastructure dollars.

The East Side Access project connects the Long Island Rail Road to Grand Central Terminal, where train capacity has already been greatly increased. Its completion will make for an easier commute from Long Island to the city’s East Side while improving access to Long Island for more New York City residents. The decades-long project has been plagued by budget overruns and is expected to cost taxpayers more than $11 billion and to be completed in December.