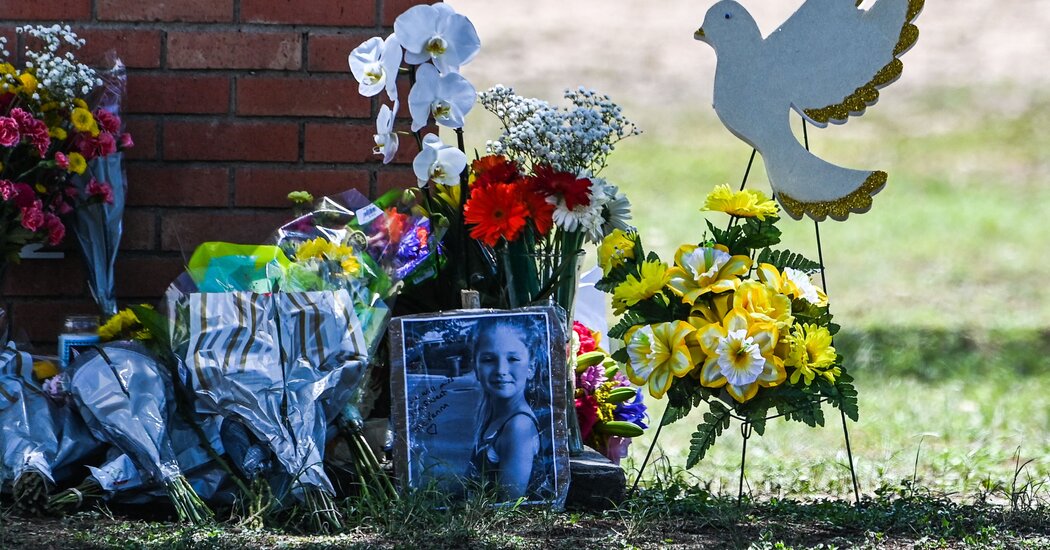 The brief spark of hope we might have felt watching the Parkland kids march or hearing earlier iterations of the Kerr speech, whether it was delivered by President Barack Obama after Newtown or by Richard Martinez, the father of Christopher Michaels-Martinez, a college student shot dead at U.C. Santa Barbara, felt impossible to revive.

This is a dereliction of duty to the dead, which is why so much of the sadness of the past two days has been mixed with the guilt that we, who live in the wealthiest and most powerful country in the world, cannot protect our children. As I type this, more photos of the dead have shown up in newspapers and 17 names confirmed, according to The Times, with four more to inevitably come: Eva Mireles, Irma Garcia, Amerie Jo Garza, Annabelle Rodriguez, Eliahana Torres, Ellie Garcia, Jackie Cazares, Jose Flores, Nevaeh Bravo, Rojelio Torres, Uziyah Garcia, Xavier Lopez, Lexi Rubio, Jailah Silguero, Jayce Luevanos, Makenna Lee Elrod and Tess Mata. Reciting them here, of course, does nothing except move them closer to history.

Perhaps there is some solace in knowing their photos and their names will be recalled the next time there’s a Newtown or Parkland or Uvalde. But just like the calls for action, they will ultimately get crowded out by all the new faces and new names that keep coming. As is the case with the engravings in black granite at Maya Lin’s Vietnam Veterans Memorial, the specific names are meaningful to the people who loved them, but for the rest of us, they will eventually look like indistinguishable entries in an overwhelming litany of senseless, mass death.

It is crucial that we, as a society, don’t allow ourselves simply to accept these deaths, but for the life of me, I can’t come up with a single reason this time will be different.