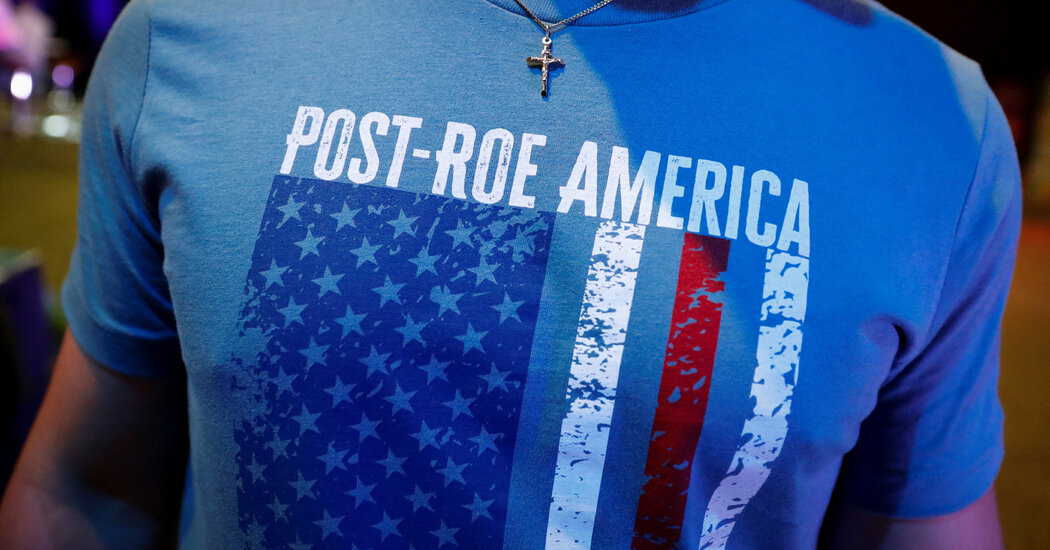 Some liberals seemed genuinely surprised by the results of the Kansas referendum on abortion. A reliably Republican state, a sweeping pro-choice victory. Who could have foreseen it?

Others suggested that only the pro-life side should be shocked. “The anti-abortion movement has long claimed that voters would reward Republicans for overturning Roe,” wrote Slate’s Mark Joseph Stern. “They are now discovering how delusional that conviction has always been.”

It’s true that activists often tend toward unrealistic optimism. But nobody who favored overturning Roe ought to be particularly surprised by the Kansas result. By the margin, maybe — but a Republican state voting to preserve a right to abortion emphasizes what’s always been apparent: With the end of Roe, the pro-life movement now has to adapt to the democratic contest that it sought.

Right now, majorities of Americans favor abortion restrictions that were ruled out under Roe, but only slightly over a third of the country takes the position that abortion should be largely illegal, a number that shrinks if you remove various exceptions.

That means that millions of Americans who voted for Donald Trump favor a right to a first-trimester abortion — some of them old-fashioned country-club Republicans, others secular working-class voters or anti-woke “Barstool conservatives” who dislike elite progressivism but find religious conservatism alienating as well.

In many red as well as purple states, those constituencies hold the balance of power. Even with exceptions, a state probably needs to be either very Republican or very religious for a first-trimester abortion ban to be popular, which basically means the Deep South and Mountain (and especially Mormon) West. That was clear before Roe fell — that outright bans would be the exceptions, and the contest in many states would be over how far restrictions can go.

The Kansas result confirms that assumption. The state already has a late-term ban, and the prolix ballot measure didn’t specify an alternative, it just promised the legislature a general power to write new abortion laws. Would the result have been different if the referendum had proposed restrictions around 12 weeks? I suspect so. Can the pro-life movement settle for that kind of goal? Well, that’s the question, with different states supplying different answers.

In purple-ish Georgia, Gov. Brian Kemp signed a law in 2019, which is now taking effect, banning abortion after around six weeks with various exceptions; he looks like he’s on his way to re-election. In reddish Florida, the popular governor, Ron DeSantis, is making his stand for now on a ban after 15 weeks.

On the other hand, Republican gubernatorial nominees in Pennsylvania and Michigan have a record of taking few-exceptions stances that seem ill-suited to their states.

I suspect that liberals are deceiving themselves if they imagine abortion becoming a dominant issue in an environment as economically and geopolitically fraught as this one. But at the margins there are clear opportunities: If Republicans run on no-exceptions platforms in moderately conservative states or back first-trimester bans in swing states, they will lose some winnable elections.

But again, serious pro-lifers have always known that if you bring abortion back to the democratic process, you have to deal with public opinion as it actually exists. And the way you change opinion is by proving the incremental version of your ideas workable, so that voters trust you more and more.

That requires addressing immediate anxieties head-on. It is not enough, for instance, for abortion opponents to react to stories about delayed care for miscarriages or ectopic pregnancies in pro-life states by pointing out that the laws are being misinterpreted. All officialdom in those states should be mobilized to make hospitals fear malpractice suits more than hypothetical pro-life prosecution.

And it requires longer-term creativity, so that every new protection for the unborn is combined with reassurances that mothers and children alike will be better supported than they are today.

When I make the latter point I get a reliable liberal retort, to the effect that Republicans could have done more for families already, and didn’t, so why would that ever change?

But this is the point of bringing democratic pressure to bear. Religious conservatives have pushed Republicans away from libertarian economics in the past — “compassionate conservatism” emerged from evangelicals and Catholics — but so long as abortion was essentially a judicial battle, the link to family policy was indirect.

Now that Republicans have to legislate on abortion, though, there are incentives to make the link explicit — especially in states where socially conservative Democrats, especially Hispanic voters, might join a pro-life coalition.

That doesn’t mean it will happen, just that the incentives of democratic politics are how it would happen. The end of Roe opens the door wide to a pro-life movement that’s incrementalist and creative; it doesn’t ensure that such a movement will emerge. But the results in Kansas show what will happen if it doesn’t.