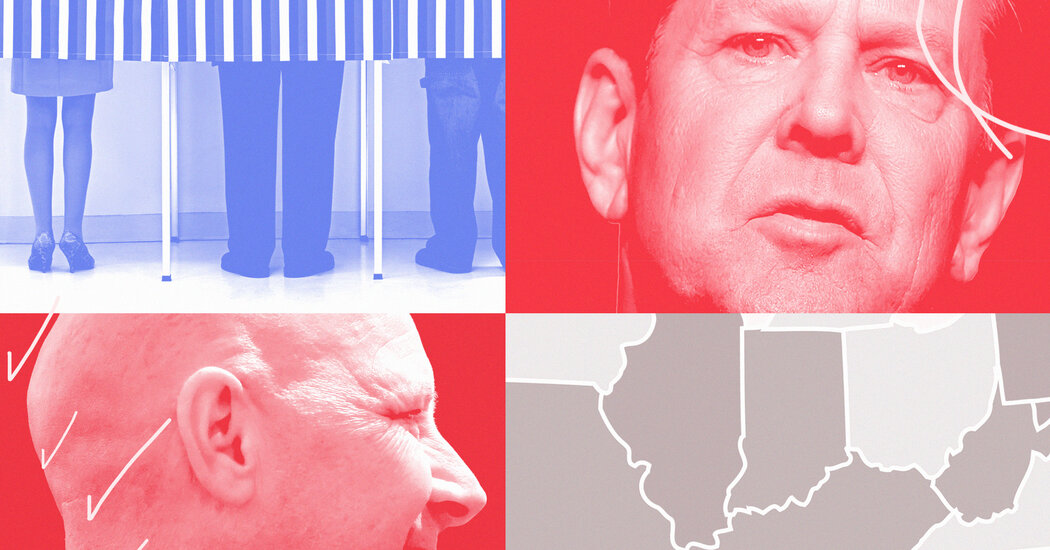 CONTINETTI: Voters will hear a lot of what Lis is saying before November, but the Democrats’ problem is that they are in power as inflation comes roaring back after a 40-year absence. I am open to the idea that the end of Roe v. Wade may induce pro-choice voters off the sidelines in some swing districts, but in the weeks since the leak of Justice Samuel Alito’s draft opinion, the evidence of a pro-abortion-rights surge among voters is scattered at best. As the great Mark Shields likes to say, “When the economy is bad, the economy is the only issue.” Right now the economy is the issue, and it’s hurting the Democratic Party.

BRUNI: As we were all typing, Beto O’Rourke, a Democrat who’s running for governor in Texas, where this latest horrible massacre occurred, interrupted a news conference being held by the incumbent Republican governor, Greg Abbott, to shout at Abbott that he was doing nothing to stop such bloodshed. In its urgency and passion, is that smart politics that could make a difference, Lis?

SMITH: That’s a great example of going on the offensive, generating the emotion and pissed-off-ness that Democrats need to turn out our voters in the midterms. We often lose the gun debate because it’s about policy particulars. If Democrats can channel the outrage that a lot of Americans feel — particularly parents — toward the politicians who are just sitting behind tables and choosing inaction and make this about political courage, we can potentially flip the script. Sometimes these sorts of confrontations can come across as a little stunt-y, but in this case, it was executed well and made Governor Abbott and his lackeys look cowardly.

SMITH: Trump’s whole pitch is to play on grievances! And midterm elections are traditionally where voters air their grievances: They’re mad about inflation, mad about gas prices — in 2018, they were mad about Republicans’ trying to repeal Obamacare. This is a strategy that appeals to independent and moderate voters in the suburbs — they are often with Democrats on abortion, with us on guns.

CONTINETTI: As you know, Trump did not win the popular vote in either 2016 or 2020. Pissed-off-ness gets you only so far. I agree that it helps when you are the out party in a national election and can blame the incumbent for poor economic and social conditions. Whether getting angry will work in Texas this year and for this candidate is another matter.

BRUNI: Matt, why aren’t the Republicans who are losing to other Republicans in these primaries, as Lis put it earlier, “screaming from the rooftops” about election irregularities and rigged results the way they do when they lose to Democrats? Either a state holds trustworthy elections or it doesn’t, no?