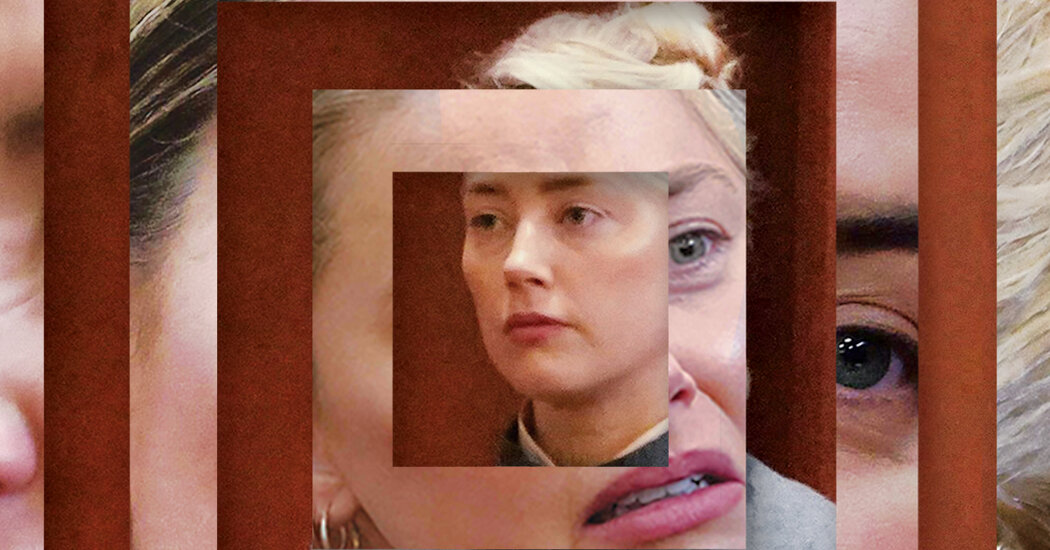 This article will also appear in the Opinion Today newsletter. You can sign up here to receive it in your inbox each weekday morning.

On the second day of jury deliberations in the trial of Johnny Depp and Amber Heard, a pirate ship docked in front of the Fairfax County courthouse. It was transported by flatbed truck, painted brown and had a woman pirate figure at its bow, her breasts partially exposed. Depp’s face flanked the side of the boat, in character as Captain Jack Sparrow.

But a pirate ship was hardly the weirdest thing about this spectacle of a defamation trial — which resulted in a jury finding that Depp had been defamed by Heard, and awarding him significant monetary damages, while also finding that Heard had been defamed in one instance by Depp’s lawyer.

There were also alpacas. Fans who traveled from around the world. Memes acting out Heard’s allegations of abuse. Conspiracy theories for every predilection. And the fact that everyone, it seems, thinks that they are the experts in what happened behind closed doors between two people, each of whom had accused the other of reputational damage and domestic abuse (accusations they both denied).

It’s safe to say that not since the O.J. Simpson case, when more than half of America tuned in to watch the verdict, or the trial of Phil Spector, or even Casey Anthony, each of which were broadcast on TV, has a trial become such a circus. And not since Lorena Bobbitt — when hot dogs and other phallic-shaped snacks were sold outside the courthouse — has a case involving accusations of domestic violence been treated like such a spectator sport.

Depp may be the bigger victor in this case, awarded $10.35 million, compared to $2 million for Heard.

But the truth is, there are no real winners here.

The trial dredged up Depp’s history of substance abuse and violent outbursts. His text messages about his ex-wife, read aloud, were so crude they cannot be printed here. Heard admitted to hitting Depp, which she said was in self-defense. And she was forced to recount graphic details of alleged physical and sexual assault. She has also received death threats.

Meanwhile, victims of domestic violence watched this case play out with horror.

It seems we are no wiser about the complicated and sometimes messy realities of intimate partner abuse. If anything we have perpetuated every last trope.

The trial didn’t spark any new understanding about the #metoo movement.

Even after all our declarations of being better now, of having learned from the treatment of women like Monica Lewinsky or Britney Spears, we are no closer to being the kind of culture that does not televise such events, that does not capitalize on celebrity misfortune, that does not salivate over watching a woman brought low. As Lewinsky put it in an essay this week for Vanity Fair: We are all guilty.

Earlier in the trial, I wrote about how the courtroom drama seems to have exposed our deepest misogynistic tendencies. Heard, whether you chose to believe her or not, has endured what is essentially a good, old-fashioned public pillorying — only memes have replaced the stones.

And yet at the end of the day, this is about more than Johnny Depp and Amber Heard. This is about us.