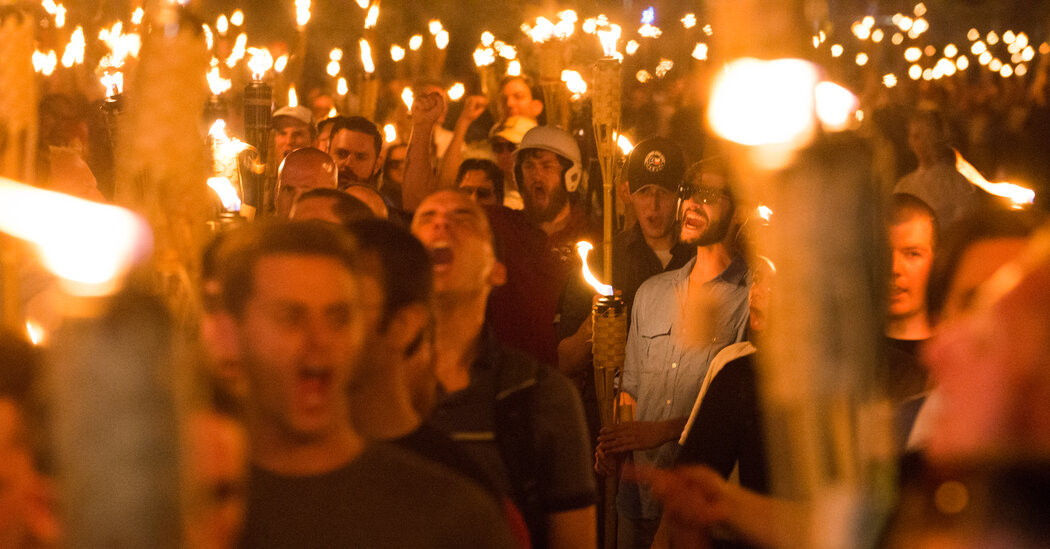 Replacement theory in America has domestic antecedents much older than Renaud Camus and Jean Raspail. Henry Ford, among other Americans, promoted “The Protocols of the Elders of Zion,” which — through an entirely fictional depiction of a powerful Jewish conspiracy that controlled world events — has influenced racist theories and beliefs from its initial publication in the early 20th century.

Worries about the body politic and threats to the racial composition of the nation inspired eugenics campaigns, anti-immigration activists and other progressives, including Theodore Roosevelt. These ideas have been braided with environmentalism not only by ecofascists in the recent past, but also by late-19th- and early-20th-century environmentalists who worried about population burdens and wondered how to preserve nature for white people.

When neo-Nazis, Klansmen, militiamen and skinheads came together in the 1980s and 1990s, they worried about the “Zionist Occupational Government” or the “New World Order.” They also clarified that their nation was not the United States, but a transnational body politic of white people that had to be defended from these conspiratorial enemies and from racial threats — defended through violence and race war. That current still runs through the writings of those associated with the Charleston, Christchurch, Oslo, El Paso, Pittsburgh and Buffalo attacks.

It is impossible to separate replacement theory from its violent implications, as decades of terrorism by its adherents shows us. The mainstreaming of replacement theory, whether through Tucker Carlson’s show or in Elise Stefanik’s campaign ads, will continue to have disastrous consequences.

The long game of white-power activists isn’t just to terrorize and intimidate nonwhites: As “The Camp of the Saints” shows, these activists fear apocalyptic extinction if they don’t take up arms. The American equivalent, “The Turner Diaries,” imagines what it would be like to establish a white-dominated world through race war and genocide.

Why wouldn’t people immediately condemn such an idea? Thoughts and prayers are never enough after a mass shooting, but even these messages seem sparser than usual. Wendy Rogers, an Arizona state senator and member of the far-right extralegal Oath Keepers militia that was involved in the storming of the Capitol, suggested online that the shooting had been a false flag operation perpetrated by a federal agent.

Clearly this is not a fringe idea anymore. Decades of violence at the hands of extremists tell us that such ideas will lead to further violence. Mainstreaming of the idea means that the window for action is closing.