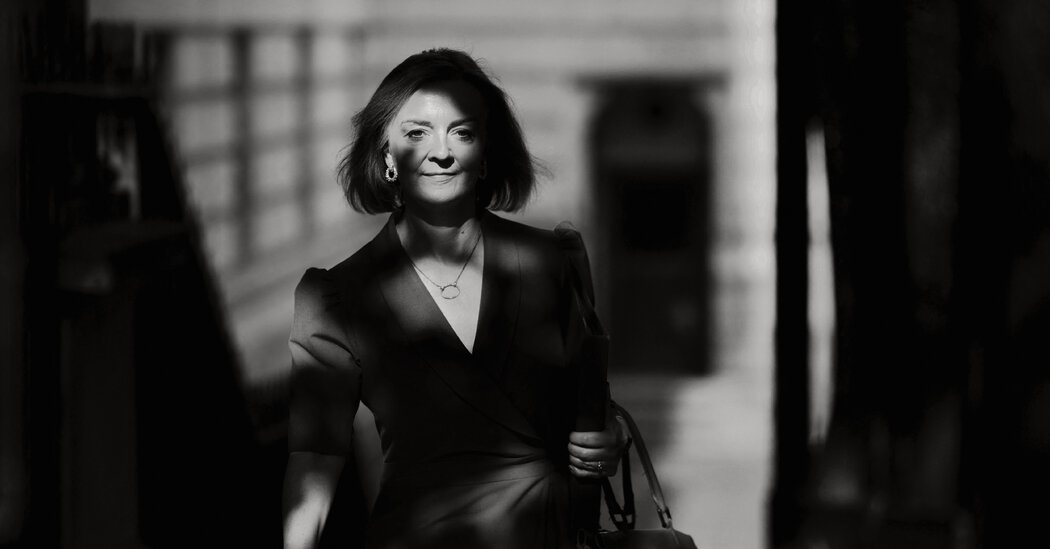 LONDON — “Do we confront this moment with honesty,” asked Rishi Sunak, one of the two candidates running to replace Boris Johnson as prime minister of Britain, “or do we tell ourselves comforting fairy tales?”

The answer, from the Conservative Party membership, at least, is fairy tales. On Monday, the members elected Liz Truss as their new leader and the next prime minister. In a campaign built around a belief in the miraculous power of tax cuts, Ms. Truss presented herself as the economic savior of a country heading into a winter of crisis. In the face of sky-high inflation and widespread economic misery, it’s a fantastical proposition.

But fairy tales don’t come out of nowhere. For her zealous commitment to privatization, deregulation and tax-cutting, many see Ms. Truss as a would-be second coming of Margaret Thatcher. Sealed by sartorial mimicry, there’s something in the comparison. Yet Ms. Truss’s most apt antecedent, in fact, is someone who had already left the Conservative Party under a cloud of controversy by the time Thatcher came to lead it: Enoch Powell.

Largely known for his bitterly racist denunciation of immigration, Powell has a claim to being Britain’s most influential postwar politician. That’s chiefly because, in an era of decolonization, he sketched out a route for Britain to maintain its global dominance. Fashioned in the dying of the imperial light, that roster of policies — preferential terms of global trade achieved through hard-line anti-migrant policies, shrinking the state, undermining organized labor and fostering finance — forms the basis of Ms. Truss’s politics today. The British Empire may have all but ended 60 years ago, but the country’s next prime minister is still in thrall to its legacy.

While Ms. Truss has been happy to court association with Thatcher — boasting that “we did great things in the 1980s” — she’s likely to be more wary of openly celebrating Powell. His name, after all, is synonymous with racism and xenophobia. Chiefly that’s because of an infamous speech he gave in 1968: Addressing a room full of Conservatives, Powell warned that immigration from the colonies would lead to a race war, resulting in the rivers of Britain “foaming with much blood.” Indulging in the language of bizarre colonial revenge fantasies, Powell spoke fearfully of how “in 15 or 20 years’ time, the Black man will have the whip hand over the white man.”

The speech, incendiary and unrepentant, forever sealed Powell’s reputation as Britain’s most famous nativist politician. But his notorious racism has overshadowed the extent to which he was also, in the words of the academic Robbie Shilliam, Britain’s first neoliberal politician. In this view, Powell was the first major conservative voice to break with the postwar consensus of social democracy and call for tax cuts, privatization and the free movement of money.

The evidence is clear enough. Just months after he delivered his “rivers of blood” speech, Powell spoke at a meeting of the influential Mont Pelerin Society, Friedrich Hayek’s international organization that spread the gospel of the free market, on the importance of freeing capital from the control of the state. He collaborated with and championed a free-market think tank, the Institute of Economic Affairs, at a time when its members were viewed as marginal eccentrics. In articles and speeches, Powell led the charge for turning Britain into the financialized economy it became in the later decades of the 20th century.

Behind his politics lay the empire — or, more accurately, its end. By the mid-1960s, the British Empire, once the proprietor of a quarter of the world, was winding down. As former colonies assumed independence, Britain faced a dwindling of its global dominance. To politicians like Powell, reared on British power, the dangers were paramount. How could Britain retain its imperial advantages, if not the empire itself? The answer Powell came to was simple: borders for the people of the empire, but not for the wealth of the empire.

Ms. Truss is heir to this tradition of thinking. On immigration she has staked out a hard-line position, vowing to increase the border force by 20 percent and backing the government’s plan to send asylum seekers to Rwanda. On the world stage, too, she is notably bullish — whether in threatening to renege on Britain’s deal with the European Union over the Northern Ireland protocol or promising to call out Vladimir Putin to his face. But it is on the terrain of the economy where her absorption in zombie imperial thinking is most striking.

In 2012, Ms. Truss announced herself on the political scene as a co-author of a book, tellingly titled “Britannia Unchained,” that argued that Britain’s diminished position globally was the result of an overextended welfare state raising generations of mollycoddled workers, derided as “the worst idlers in the world.” While she likes to wrap herself in the Union Jack, her position a decade on appears to be the same. British workers, she said in a recent leaked recording, lacked the “skill and application” of their foreign counterparts and needed to work harder.

The state, by contrast, should do less. Any effort to help Britons facing ruinously high energy bills, Ms. Truss has said, would amount to “handouts,” deeply undesirable even if, under pressure, she may have to resort to them. The only panacea for the country’s economic woes is tax cuts — likely to predominantly benefit the wealthy and big business — free ports and special investment zones where international capital can enjoy free rein. The state is to be cut down, wages restrained, red tape reduced, the market set free. This is pure Powellism.

The problem is that none of these prescriptions is likely to work. The economic cycle launched by Thatcher has long exhausted itself and tax cuts have been consistently shown to increase inequality while having a negligible effect on growth or unemployment. And yet a plausible solution to the country’s woes lies close at hand: a price cap on energy bills, increased taxation on profits and state investment to rebalance the economy.

Instead, under Ms. Truss, the broken mentality of empire rules. And it is everyday Britons who will pay the price.

Kojo Koram (@KojoKoram) is a lecturer at the University of London’s Birkbeck School of Law and the author of “Uncommon Wealth: Britain and the Aftermath of Empire.”