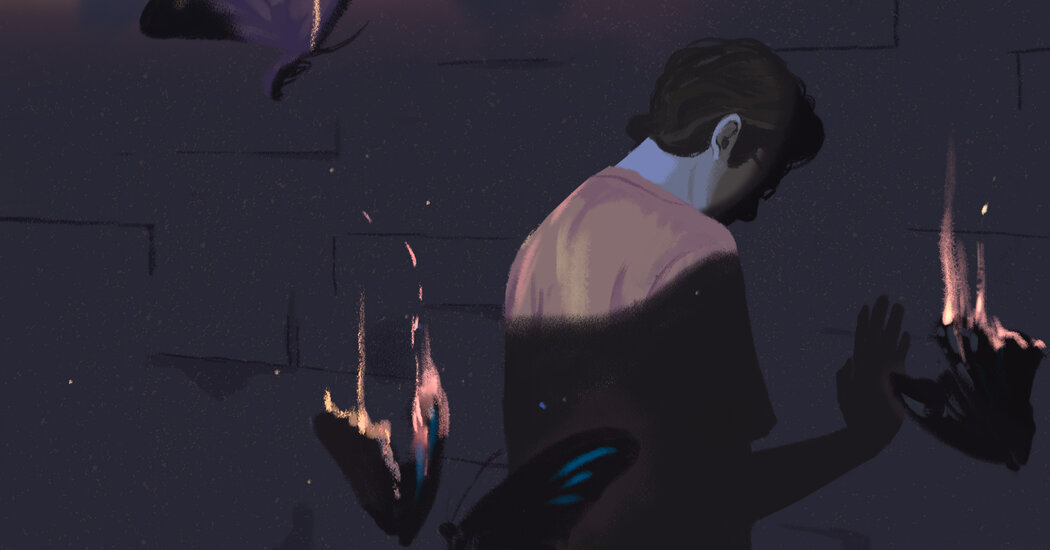 Risking a public appeal while caged in Iran’s notorious Evin Prison speaks volumes about the depth of my despair. I have suffered quietly as nearly 2,500 of what should have been the best and most productive days of my life were lost behind these bars. But I am compelled to break that silence now because I believe that the Biden administration’s approach to rescuing Americans in distress in Iran has failed spectacularly so far and unless the president intervenes immediately, we are likely to languish in this abyss for the foreseeable future.

I was incarcerated in October 2015 and handed a 10-year sentence after a closed-door trial. The judge ruled that activities such as speaking at university conferences, holding fellowships at Washington think tanks and even having a connection to the World Economic Forum were tantamount to attempting to overthrow the regime in collaboration with a hostile foreign government — meaning the United States. A probe by the United Nations called my arrest “arbitrary.” The U.S. government and countless human rights organizations have proclaimed my innocence, refer to me as a hostage and have demanded my immediate release.

But the ugly reality is that Iran will free its captives only if offered sufficient incentives. Critics reject this solution without providing viable alternatives. Nevertheless, it seems any president considering the authorization of a deal for our release factors in the unavoidable political costs of doing so. Indifferent to this political calculus, Tehran seems to be demanding more for our release than the White House can stomach.

This catastrophic dynamic has helped me earn the unenviable title of the longest-held Iranian American hostage in history. My father, Baquer — a retired UNICEF official — isn’t far behind, and the conservationist Morad Tahbaz and businessman Emad Shargi are also still detained.

A little over a year ago, the four of us had good reason to be optimistic that this scourge would finally end. There was widespread hope that negotiations to bring Iran and the United States back into the nuclear deal would culminate in success, and the Biden administration has said a nuclear deal would be hard to envision without a hostage deal.

That was the right approach. But forgoing an opportunity to free us because the nuclear talks have stalled is not.

Last summer, Tehran claimed that it had worked out the contours of an agreement with Washington for our release. The deal reportedly involved freeing us in a prisoner swap topped off with the unfreezing of Iranian assets in South Korea. The Iranians have repeatedly expressed willingness to carry out this “humanitarian exchange” immediately and accuse the White House of faltering.

Iran’s account is undoubtedly skewed; Washington says that this deal was never finalized. But from what I can surmise from behind these bars, the Biden administration is ignoring the plight of American detainees and making our freedom dependent on how the unpredictable nuclear discussions end.

A deal to rescue citizens at risk should come first as a matter of principle. Such a gambit also makes sense because it would inject desperately needed good will into the nuclear negotiations. I can conclude only that with greater political will and courage from the White House, we could have been home a year ago.

Instead, we and our families were practically unhinged each time world diplomats mistakenly predicted that a deal was about to be reached on the nuclear issue. There is no greater agony for a prisoner than being tantalized with the prospect of imminent freedom that never materializes. No greater pain than surrendering to hope, only to have it whisked out of reach.

So what happens if the nuclear talks — now on life support — fall apart without the United States securing our release?

The administration might genuinely believe that in such a scenario it could get Iran to accept a different package of incentives to free us. But that is a huge gamble. As President Biden has seen — with me specifically — freedom delayed easily becomes freedom denied in these cases.

I was not included in the Obama administration’s hostage deal with Iran. In January 2016, other American prisoners were returned safely to the United States. I was left behind to rot in a high-security detention center.

Often kept in a bare, closet-size room, I slept on the floor and received food from under the door — like a dog. I endured unutterable indignities during the 27 months I spent in that corner of hell before being moved to the general ward.

John Kerry, the secretary of state at the time, assumed he would have another opportunity to secure my release. Our hope turned to horror, however, when the Iranians instead tossed my then-79-year-old father into a solitary cell.

Although we suffered just a few meters apart, we were denied contact for a year. I knew only that the strain of those inhuman conditions resulted in his hospitalization on multiple occasions. It took two years and more than one heart surgery before he was put on medical furlough.

Sadly, change in the White House brought us no relief. The Trump administration also cut deals freeing some American detainees while leaving us behind.

Mr. Biden, I implore you to put the lives of innocent American detainees above Washington politics and make the tough decisions necessary to free all of us immediately. While political backlash is inevitable, the prolonged suffering and potential deaths of hostages are not. It is hard to imagine my now 85-year-old father surviving the wait for another opportunity.

Siamak Namazi is the longest-held Iranian American prisoner in Iran. He was incarcerated in 2015 during a trip to Tehran to visit family.

The Times is committed to publishing a diversity of letters to the editor. We’d like to hear what you think about this or any of our articles. Here are some tips. And here’s our email: [email protected]imes.com.