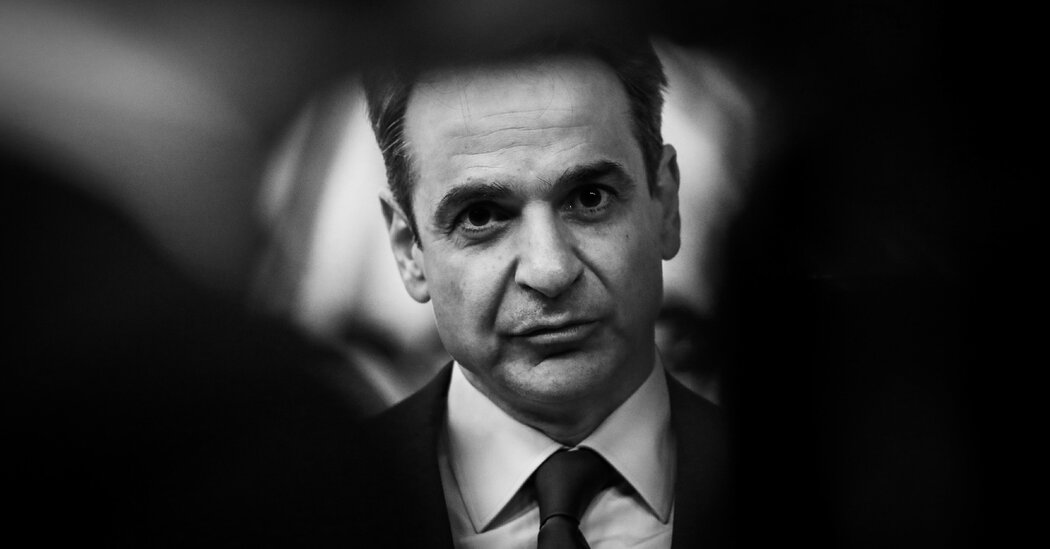 ATHENS — “I’m committed,” Kyriakos Mitsotakis told an audience of industrialists and entrepreneurs in April 2018, to “a government of the truly best people.” Under his leadership, the vices of the past — nepotism, corruption — would no longer be tolerated. Greece, he announced on the day he became prime minister in July 2019, could “proudly raise its head again.”

Three years later, many outsiders have been convinced of the reformation. Microsoft, Pfizer and JP Morgan Chase have set up offices in the country, a streamlined visa program has incentivized thousands of digital nomads to relocate to Athens, and a relentless tourism push — “You will want to stay forever!” runs the tagline — has lured a record number of Americans to the Aegean this summer. Even the European Union’s supervision of the economy is coming to a close. After a decade of difficulties, the country has seemingly undergone a stunning transformation.

But within Greece, a darker reality festers. The corruption and conflicts of interests Mr. Mitsotakis pledged to root out not only still exist but also, in many respects, appear to have concentrated and deepened. Far from having been overhauled, the Greek state has received only a cosmetic makeover, a managerial window dressing. In recent weeks, a wiretapping scandal has sensationally unveiled the underlying rot. Dubbed Greece’s Watergate, it has exposed the rank surveillance beneath the glittering surface. The “Greece 2.0” Mr. Mitsotakis promised, it turns out, is just more of the same.

The scandal started with Thanasis Koukakis, a financial journalist known for his investigation of powerful banking figures. In June 2020 the Greek intelligence services put him under surveillance — tapping both his phones — on the grounds that he posed a threat to national security. Two months later, Mr. Koukakis, tipped off to the wiretap, confronted the authorities. His surveillance stopped that day.

That seemed to be the end of it. Then in July of last year, he received a text message from an unknown number. “Thanasis, do you know about this?” read the message in Greek, followed by a link, which he clicked on. It proceeded to infect his iPhone with Predator, malicious spyware that whisked his data away to a mysterious Cyprus-registered, Athens-based firm called Intellexa.

He’s not the only Greek to have received such a message. In September of last year, Nikos Androulakis — a member of the European Parliament and then the leading candidate to take over Pasok, Greece’s center-left party and a historic rival of Mr. Mitsotakis’s party — was sent the same link. He did not click on it. Only days earlier, for reasons the government has yet to adequately explain, he was put under legal surveillance by Greek intelligence services.

For decades now, phone tapping has been a sinister feature of the Greek state. But under Mr. Mitsotakis, national surveillance has expanded into a largely unaccountable bureaucracy. One of his first acts as prime minister was to put Greek intelligence under his office’s direct control, then install — by way of legal amendment — a former executive of a global security firm as its director. Ever since, the number of bugged Greek phones has steadily risen. On average last year, 42 devices were authorized for wiretapping every day, totaling more than 15,000 Greek phones under government surveillance at any given time.

It’s a staggering number. Yet this form of wiretapping has nevertheless been — at least in theory — legal. The use of Predator, which has been explicitly condemned by the European Union, is something else altogether. Could Greece’s intelligence services, already conducting a vast surveillance campaign, have outsourced yet more intrusive wiretapping to a shadowy private company? Could Mr. Mitsotakis’s government be behind the hack?

We don’t know, but a clue comes from within the prime minister’s office. On his fourth day in power, Mr. Mitsotakis appointed Grigoris Dimitriadis — his former campaign manager and his nephew — as his general secretary. The position is a crucial one in Greece, an information conduit between the prime minister and, among other spheres of the state, its national security complex. In recent months, Greek journalists have made a tantalizing series of revelations concerning Mr. Dimitriadis, most notably that while in office, he conducted financial transactions with a circle of businessmen that also had dealings with the owner of Intellexa.

It remains unproven to what extent, if any, Mr. Mitsotakis knew about the deployment of Predator in Greece. He has yet to address the issue directly, suggesting instead that the scandal now embroiling his government could be the work of “dark forces outside Greece.” Members of his government have denied the allegations, though. “The Greek state has not procured any illegal surveillance system from companies such as Predator,” a minister insisted in June. Whether Mr. Mitsotakis’s government may have purchased data harvested through such surveillance remains an open question, however.

Other questions abound. The Athens office of Intellexa, for one, has yet to be raided and presumably continues to function. Why? The fallout seems to have been reserved for elsewhere: In early August, Mr. Mitsotakis’s head of intelligence and his general secretary resigned. Neither resignation, the prime minister’s office and a government official were quick to clarify, had anything to do with the Predator attacks. One had engaged in “incorrect actions,” while the other was the victim of a “toxic climate.” What these actions were and why the environment soured went unspecified.

The problem here is not that corruption under Mr. Mitsotakis is necessarily more endemic than under previous Greek governments — or in many other European countries. (Opposition leaders and journalists have been targeted by spyware in France, Spain, Hungary and Poland.) It is, rather, the unsustainable contradiction between the country Mr. Mitsotakis insists on pitching abroad — an unimpeachably democratic state whose respect for the rule of law and liberal bona fides ought to be rewarded with corporate investments and tourism dollars — and the one he actually presides over.

In May, as the screws of the spy scandal were starting to turn, Mr. Mitsotakis flew to Washington to deliver a speech to Congress about the importance of upholding democratic values and combating autocratic overreach. For 40 minutes he expounded on the necessity of social trust and strong institutions. “The ancient Greeks,” he said between rounds of applause, “thought arrogance, extremism and excess the worst threats to democracy.”

The question for Mr. Mitsotakis is: Why doesn’t he feel the same way?

Alexander Clapp is a journalist who has written for, among other publications, The London Review of Books, Foreign Policy and The Economist.