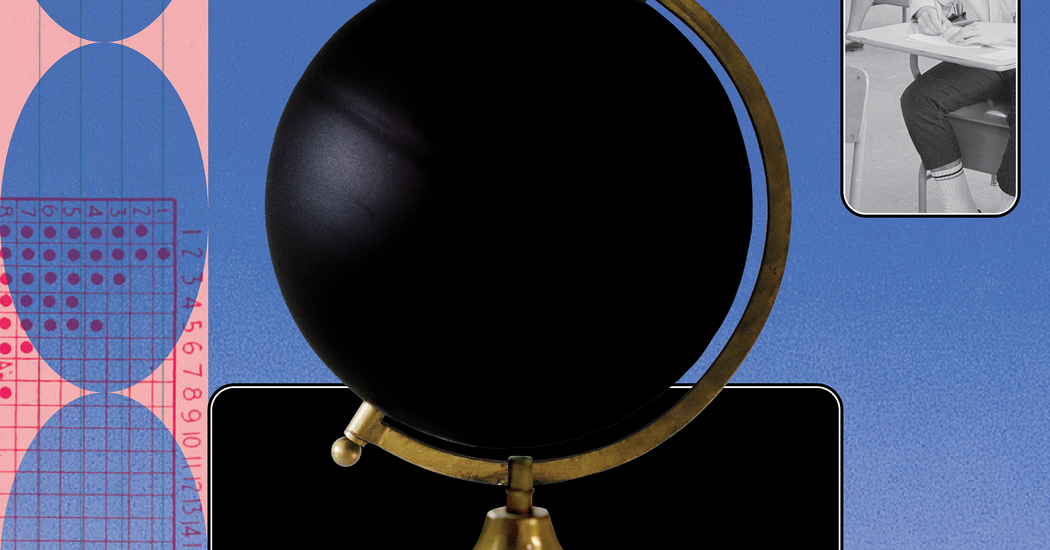 I have deep doubts about the intellectual and social value of schooling. My argument in a nutshell: First, everyone leaves school eventually. Second, most of what you learn in school doesn’t matter after graduation. Third, human beings soon forget knowledge they rarely use.

Strangely, these very doubts imply that the educational costs of the coronavirus pandemic are already behind us. Forced optimism notwithstanding, the remote schooling that millions of students endured during the pandemic looks like a pedagogical disaster. Some researchers found that being in Zoom school was about equivalent to not being in school at all. Others simply found that test scores rose much less than they normally would.

But given my doubts about the value of school, I figure that most of the learning students lost in Zoom school is learning they would have lost by early adulthood even if schools had remained open. My claim is not that in the long run remote learning is almost as good as in-person learning. My claim is that in the long run in-person learning is almost as bad as remote learning.

How do we know all this? My work focuses on tests of adult knowledge — what adults retain after graduation. The general pattern is that grown-ups have shockingly little academic knowledge. College graduates know about what you’d expect high school graduates to know; high school graduates know about what you’d expect dropouts to know; dropouts know next to nothing. This doesn’t mean that these students never knew more; it just means that only a tiny fraction of what they learn durably stays in their heads.

This is especially clear for subjects beyond the three R’s — reading, writing and arithmetic. Fewer than 1 percent of American adults even claim to have learned to speak a foreign language very well in school, even when two years of coursework is standard. Adults’ knowledge of history and civics is negligible. If you test the most elementary facts, like naming the three branches of government, they get about half right. The same goes for questions of basic science, like “Are electrons smaller than atoms?” and “Do antibiotics kill viruses as well as bacteria?”

The payoff for teaching basic literacy and numeracy is admittedly much larger. Since adults regularly use reading, writing and math, they retain much of what they learn. Even here, though, schools’ performance is mediocre and unlikely to meaningfully improve. Schools have been trying to overcome reading, writing and math deficits among underperforming students for decades. Boosting their performance in the short run is quite doable. The recurring problem is fade-out; the effects of interventions diminish or disappear over time.

This blind spot is especially odd because there’s a clean explanation for both piles of evidence. Namely: School is lucrative primarily because it certifies, or signals, employability. Most education isn’t job training; it’s a passport to the real training, which happens on the job. That’s why graduation pays individuals so well. You don’t learn much in your last few weeks of school, but completion persuades employers to trust you. And that’s why credential proliferation pays countries so poorly. Handing out ever more high school, college and grad school diplomas can’t enrich society as a whole unless students durably learn long-run skills along the way.

School closures were a disaster for convenience. And while you’ll never hear a “convenience above all” political speech, actions speak louder than words. By February 2021, about 90 percent of private schools serving elementary or middle schoolers offered in-person instruction. Why? Presumably because they knew that parents cherished the convenience of in-person education. Fewer than half of corresponding public schools, funded by taxes rather than paying customers, were fully open by that time. Many large districts stayed closed or in hybrid mode for over a year. While the pedagogical costs of closure remain speculative, the convenience costs are beyond all doubt.

If we set aside wishful thinking and calmly reflect on what happened to education during Covid, we learn two valuable lessons. First, schools before Covid gave taxpayers a bad deal, taking lavish funding while imparting little long-term knowledge. Second, schools during Covid gave taxpayers an even worse deal, enjoying massive emergency funding while refusing to provide at least day care in exchange.

Even before Covid, American schools were spending over $15,000 a year per student. Is there any way to get better value for our money? The most straightforward way is to spend a lot less of it. American schools will never make American students bilingual, so why waste precious resources pretending otherwise? The same goes for most of the curriculum.

The opposite goes for private schools. Do they actually boost test scores? The evidence is mixed. But when parents wanted day care in a pandemic, private schools delivered. School vouchers — funding students instead of systems — are therefore another credible way to give us better value for our money. Arizona has already created a roughly $7,000 per student per year school voucher program, which gives private schools incentives to both cut costs and please parents. School choice doesn’t just protect families against future closures; it protects families against whatever goes wrong with education next. Though school choice is no panacea, sticking with our status quo is for suckers.

Bryan Caplan (@bryan_caplan) is a professor of economics at George Mason University and the author of “Open Borders” and “The Case Against Education.”