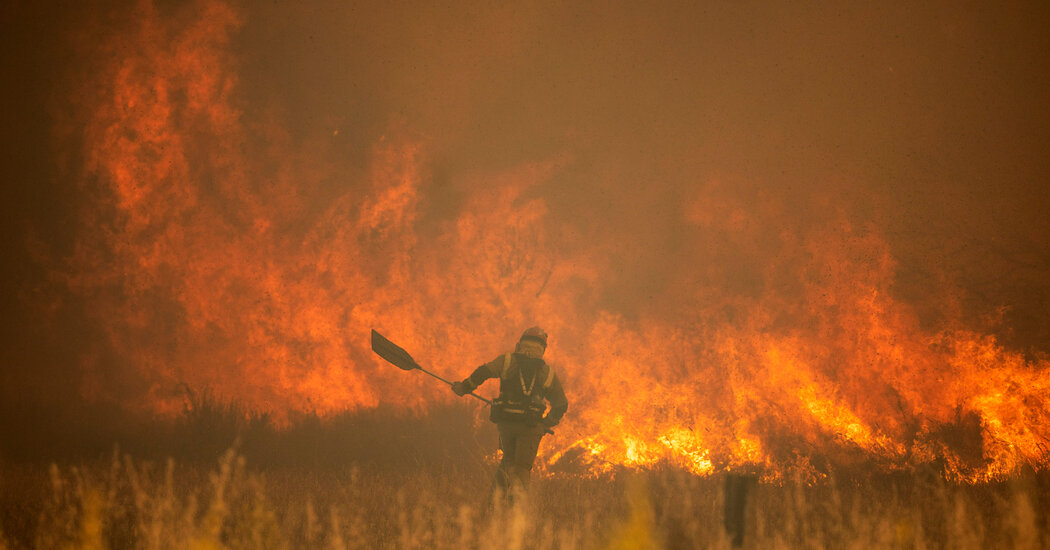 We’re having a heat wave, a tropical heat wave. Also a temperate heat wave and an Arctic heat wave, with temperatures reaching the high 80s in northern Norway. The megadrought in the Western United States has reduced Lake Mead to a small fraction of its former size, and it now threatens to become a “dead pool” that can no longer supply water to major cities. Climate change is already doing immense damage, and it’s probably only a matter of time before we experience huge catastrophes that take thousands of lives.

And the Republican majority on the Supreme Court just voted to limit the Biden administration’s ability to do anything about it.

It says something about the state of U.S. politics that a number of environmental experts I follow were actually relieved by the ruling, which was less sweeping than they feared and still left the administration with some possible paths for climate action. I guess, given where we are, objectively bad decisions must be graded on a curve.

And for what it’s worth, I have a suspicion that at least some of the Republican justices understood the enormity of what they were doing and tried to do as little as possible while maintaining their party fealty.

For party fealty is, of course, what this is all about. Anyone who believes that the recent series of blockbuster court rulings reflects any consistent legal theory is being willfully naïve: Clearly, the way this court interprets the law is almost entirely determined by what serves Republican interests. If states want to ban abortion, well, that’s their prerogative. If New York has a law restricting the concealed carrying of firearms, well, that’s unconstitutional.

And partisanship is the central problem of climate policy. Yes, Joe Manchin stands in the way of advancing the Biden climate agenda. But if there were even a handful of Republican senators willing to support climate action, Manchin wouldn’t matter, and neither would the Supreme Court: Simple legislation could establish regulations limiting greenhouse gas emissions and provide subsidies and maybe even impose taxes to encourage the transition to a green economy. So ultimately our paralysis in the face of what looks more and more like a looming apocalypse comes down to the G.O.P.’s adamant opposition to any kind of action.

The question is, how did letting the planet burn become a key G.O.P. tenet?

It wasn’t always thus. The Environmental Protection Agency, whose scope for action the court just moved to limit, was created by none other than Richard Nixon. As late as 2008 John McCain, the Republican nominee for president, ran on a promise to impose a cap-and-trade system to limit greenhouse gas emissions.

Republican positioning on the environment is also completely unlike that of mainstream conservative parties in other Western nations. One study — from a few years back, but I don’t think the fundamentals have changed — found that most conservative parties do support climate action and that the Republican Party “is an anomaly in denying anthropogenic climate change.” And yes, the G.O.P. is still into climate denial; it may sometimes admit that climate change is real while insisting that nothing can be done about it, but it reverts to denial every time there’s a cold snap.

So what explains the Republican climate difference? One natural answer is “follow the money”: In the 2020 election cycle the oil and gas industry gave 84 percent of its political contributions to Republicans; for coal mining, the number was 96 percent.

But I suspect that money is only part of the story; in fact, to some extent the causation may run the other way, with the fossil fuel sector backing Republicans because they’re anti-environment rather than the other way around.

My skepticism about a simple follow-the-money story comes from a couple of observations. One is that Republicans have staked out anti-science positions on other issues, like Covid vaccination, where the monetary considerations are far less obvious: As far as I know, the coronavirus isn’t a major source of campaign contributions.

Also, while the Republican position on climate is an outlier compared with “normal” conservative parties, it’s actually typical for right-wing populist parties. (Side note: I hate the use of the word “populist” here, because Republicans have shown no inclination toward policies that would actually help workers. But I guess we’re stuck with it.)

In other words, the politics of climate policy look a lot like the politics of authoritarian government and minority rights: The Republican Party looks more like Hungary’s Fidesz or Poland’s Law and Justice than like the center-right parties other countries call conservative.

Why, exactly, are authoritarian right-wing parties anti-environment? That’s a discussion for another day. What’s important right now is that the United States is the only major nation in which an authoritarian right-wing party — which lost the popular vote in seven of the past eight presidential elections yet controls the Supreme Court — has the ability to block actions that might prevent climate catastrophe.