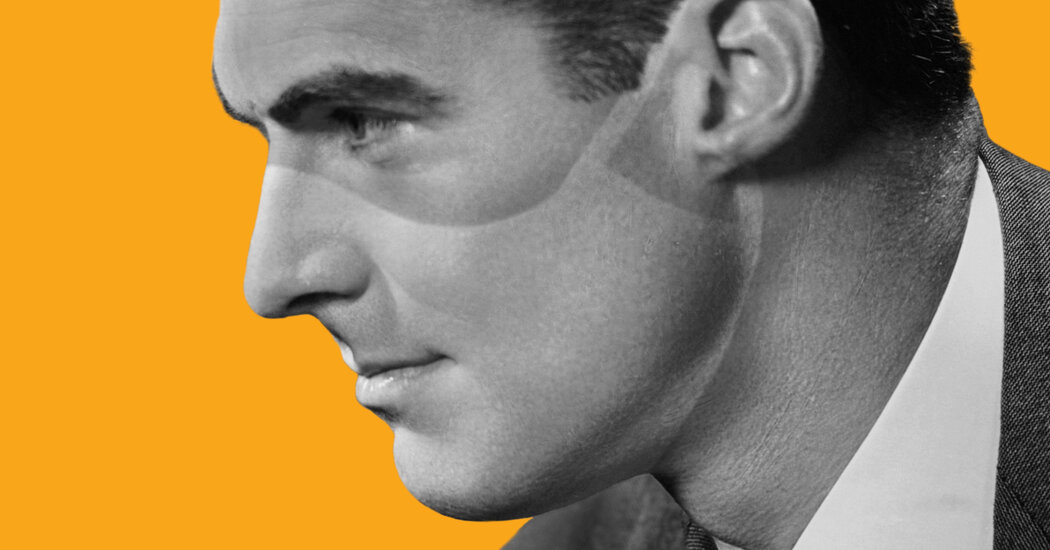 Our masks are finally coming off. As mandates across the country are lifted or struck down, we can breeze out of the house, nose and chin fully on display, face bare to the wind. How odd that something so basic has become something of a marvel.

Let’s face it: Our masks, designed in part to conceal, have often revealed as much as they hid.

I mean, how else are we going to pigeonhole other people politically in less than five seconds? For a good two years, those who wore masks were demonstrably somewhere on the left or middle of the ideological spectrum; those who did not were Marjorie Taylor Greene.

Even when everyone was wearing a mask, how those masks were worn offered clues as to where people stood politically. You had the woman in first class with the phrase “This mask is as useless as Biden” emblazoned beneath a defiant glare. The dude with the permanent Republican chin diaper and the one who “helpfully” lowered his mask every time he spoke. The pushy shopper who expressed faux surprise when informed that her dangling mask wasn’t actually on. The many men who let their nose jut out in the pandemic equivalent of manspreading.

Guys, we can see you.

Speaking of men, the beard remained an ambiguous social signifier during the pandemic, but the mask offered clues as to whether the bearded man in question was a MAGA trucker from Rapid City or a puzzle creator from Williamsburg. The former often let his ZZ Top roam free below, the mask more like a decorative kerchief than a protective device extending over the chin.

Then there was the matter of color and style. While politicos and business types chose the safety of serious black, others were more expressive. You learned things about the cashier at your local Trader Joe’s from her rhinestone-studded number. People who wouldn’t be caught dead in message T-shirts did not hesitate to shout their dedication to vegan living or their devotion to Jesus on a patch of fabric across the mouth. You could say what you held to be true (“Love conquers all”) or scold someone else (“Stay home”) without parting your lips.

International mask variances let you know where you were on the planet. While Americans went fashion crazy with fabric, in much of Europe disposable paper masks were the norm. Wearing a fabric mask in France, no matter how chic, set off an American bat signal more clearly than donning a pair of shorts in winter.

It was exciting, on occasion, to feel like some kind of masked crusader or outlaw. As frustrating as it was to be unable to discern whether someone else was smiling, only pretending to smile or definitely not smiling at all, it was often useful to hide one’s own facial expression. “Just you try to figure out how I feel,” you might think as you stared down the person pretending not to know where the distanced supermarket line began. That’s gone now.

People generally got a pass on speaking to, listening to and understanding one another. While it was tiring to shout while enunciating through two layers of fabric, masks were an easy out when you didn’t want to hear. You could gesticulate helplessly at your ear and wander off, the grandpa who’d had enough and “forgot” his hearing aid on the bedside table.

We’re still somewhat in a muddle, a kind of hemline confusion over the masks that remain. Some people still put them on, and it’s harder than ever to know if this is a practical response to ongoing superspreader events, abject paranoia or something else entirely. Wearing a mask in spring 2022 may reveal something private, such as an immunocompromising condition or an unvaccinated 5-year-old grandson your colleagues don’t know is currently in your care.

The passing of masks may be the most complicated for young people. Consider teenagers and mask fishing — embracing masks as a way to cover up perceived deficiencies with one’s appearance. Some people thought they looked a good deal better in masks. It’s a look they are sorry to see go.

Kids who spent a significant portion of their childhood constantly being reminded by their parents and teachers to put a mask on, like toddlers badgered into wearing their glasses, may have absorbed the message too well. Many don’t feel safe without them. I know parents as desperate to have their kids give up the mask as they were to have them abandon the binky.

For people of all ages, masks have in certain ways become the blanket to our inner Linus. They offered a way to read others without feeling read ourselves. We got to more creatively choose the face we presented to the outside world, without piercing a nose or having our face chosen for us by the gods of genetics. It may be hard to completely give that up before the next variant rolls around.