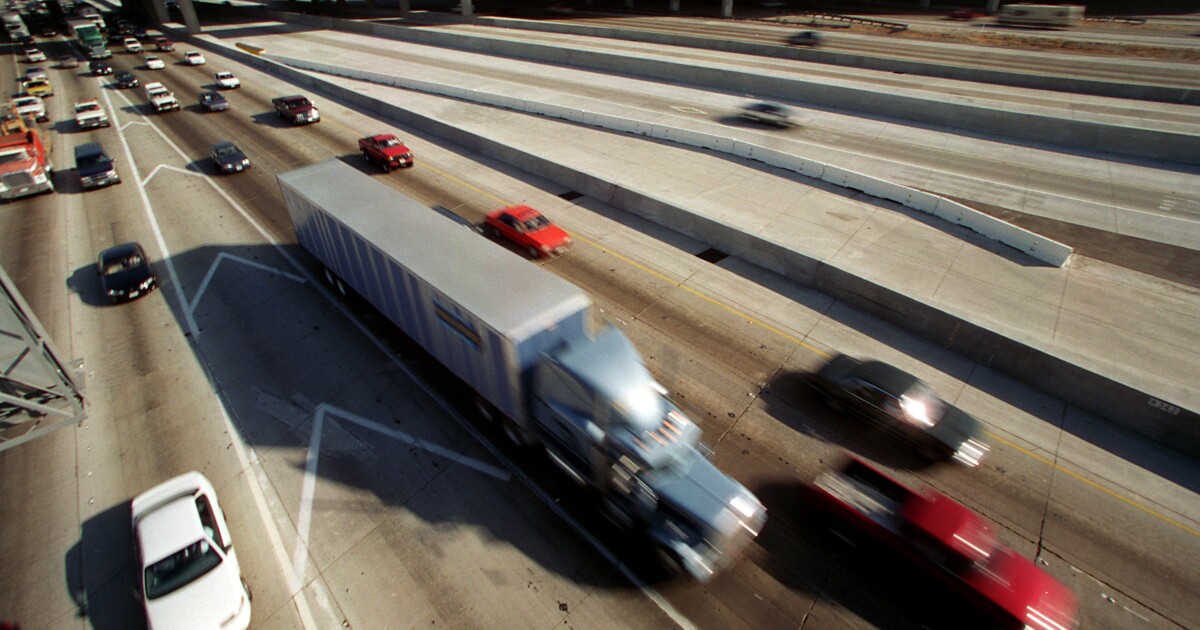 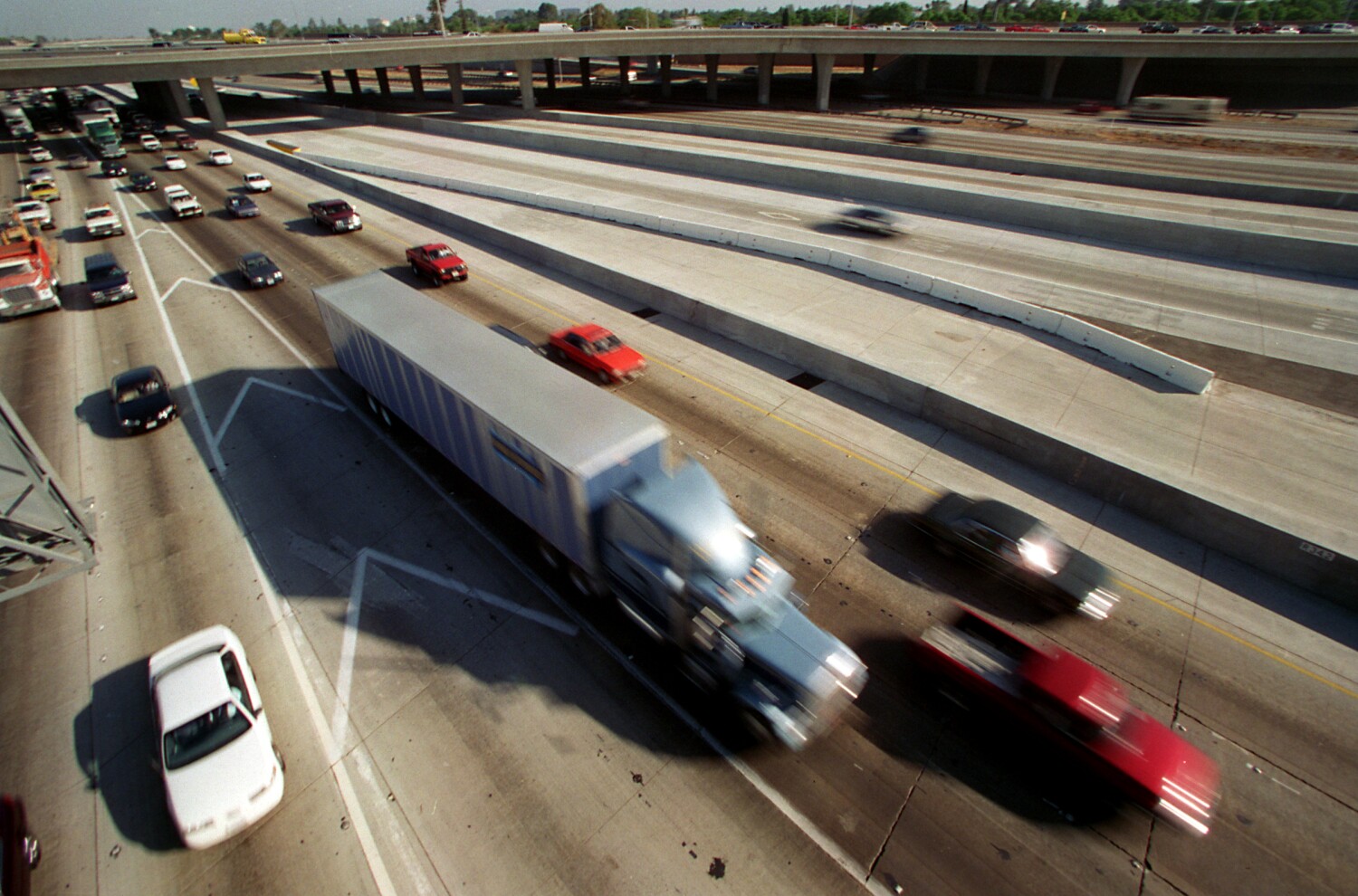 In 1977, as my friends and I were learning to drive, a man dubbed the “Phantom Rock Thrower” haunted the 91 Freeway, between Corona and Yorba Linda. A shadow who would appear on the median at twilight, he waited for large groups of passing cars and threw baseball-sized rocks at them, smashing windshields with great accuracy.

In May of that year, an unarmed, off-duty deputy spotted him in the center divider and chased him. When the deputy came close, the man lashed out with a knife, cutting the deputy’s neck before running back across the freeway into the riverbed. By fall, he had shattered more than 70 windows and windshields, and on Nov. 6 a motorist in a vehicle he had attacked was hospitalized with deep cuts and broken bones in her face. Law enforcement brought in a Border Patrol tracking team to find the Phantom before drivers could be killed.

His haunted, unpredictable presence terrified everyone I knew. I remember talking about him with my friends, with my parents. When friends and I would drive, packed six to a car, we’d all stare out the windows, vigilant, looking for the Phantom to appear, especially at twilight. I remember wondering why that was his time to lash out — the vespertine hour, when the day animals were retreating to sleep and the night animals were coming out to hunt.

This spring, I’ve been driving hundreds of miles, telling the story of the Phantom to people from San Francisco to Simi Valley, Pasadena to Redlands, when talking about my new novel. Many people my age remember him, but only as a ghost — they remember being afraid of the stones.

When I ask young people now about their own fears, they all say the same thing: On the sidewalk, in the mall, in school, everywhere they go, they’re afraid a stranger will open fire. And here in Southern California, they’re especially afraid they’ll be shot in a car while on the freeway.

Freeway shootings here have felt especially brutal in the last year. Last spring, a series of more than 100 BB-gun shootings took place on the 91 — luckily no one died. But this April, a couple was arraigned in the May 2021 fatal shooting of a 6-year-old child. He had been strapped into his car seat as his mother drove him to kindergarten. The alleged shooter was a man in a vehicle that had cut off the mother’s car on the 91, according to court documents. On April 5, three freeway shootings left one man dead on the 710 and seriously injured a woman on the 91.

Back in 1977, after the Phantom’s rock had caused the driver to be hospitalized, the law enforcement tracking team searched for him for weeks, concentrating on canyon areas where he had been seen by ranchers; bathing in a stock tank, tipping over smudge pots, eating walnuts and oranges. On Nov. 11, the Phantom was tracked to a man-made cave in Brush Canyon where he surrendered, saying, “I quit, I quit!”

He was a small, 42-year-old man named James Horton Jr., who had served two years in the Air Force, then took to the rails as a migrant worker. He told the tracker, “When I was little, I didn’t have much time to play. I never had a chance to get into mischief, like Dennis the Menace. So that’s what I was doing with the rocks. The cars were going so fast.” Horton was charged with some rock-throwing incidents and the attack on the deputy but was found innocent by reason of insanity. After a court-ordered psychiatric evaluation, he was institutionalized. Now the canyons are filled with tract homes; the cars on the 91 do not often go as fast.

As an immigrant from Switzerland, my mother learned to drive in Southern California. That summer of the Phantom, she was a more fearful driver than I was, even learning at 16. She has severe memory loss now, but I asked recently whether she remembered him, and of course, she did. She said, “He would stand in the median. Remember, the bushes?” Oleander — huge dark mounds with pink and white flowers. So California.

My mother thought the freeways a marvel, driving five kids on the 91 in her 1966 Ford Country Squire station wagon. They led us to special places — Disneyland and Knott’s Berry Farm maybe once a year, the beach maybe twice a year.

While writing my book, I spent years driving the 91, one of millions navigating the “Orange Crush” juncture of the 91, 55, 57 and 22 freeways — said to be the busiest in the nation. The combination of long commutes, road rage and the inchoate anger of not being able to move, to get where people need to be, feels toxic. I watched the drivers around me, saw their powerlessness in being stuck in traffic. So much of the rest of life now makes people feel powerless too.

I’ve raised three daughters, driving thousands of miles along the arteries of our lives. Each freeway has its own personality to me. But I still think of learning to drive, my friends and I watching for a man running across lanes, and our fear of a stone shattering our windshields.

Now the fear is of someone we can’t see rolling down a tinted window, pointing a gun, the bullet maybe shattering our windows, maybe piercing the passenger door or back seat, killing whoever rides with us. Maybe we cut someone off. Maybe we didn’t. Maybe someone doesn’t like the make of our vehicle, or the bumper sticker, or maybe someone hates this day or this night, and chooses to release their pent-up rage not with a rock but with a gun. And with the anonymity that comes with speed, darkness and disappearing, phantoms are everywhere among us.