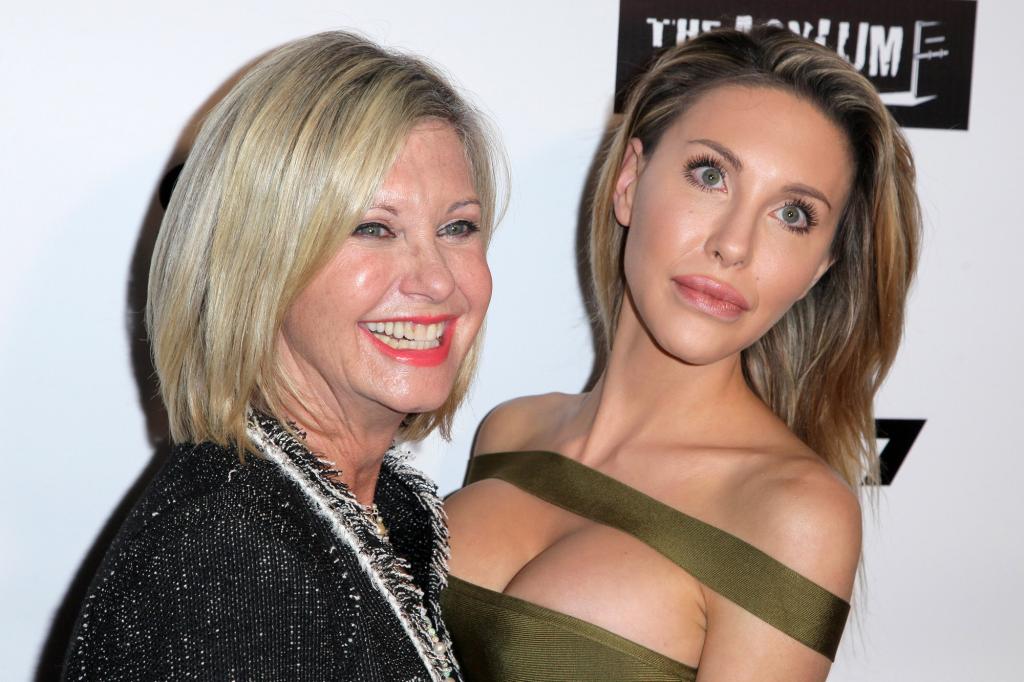 Olivia Newton-John made “a pact with God” to save the life of her daughter, Chloe Lattanzi.

The pop superstar — who died Monday at the age of 73 — revealed the vow in a February 2021 interview with the A Life of Greatness podcast, speaking candidly about her religious convictions.

“I remember I was pregnant with Chloe, and I was close to losing her,” Newton-John recalled about her 1985 pregnancy with her only child.

“I went to bed and asked God to save her and, if he did, I would say the Lord’s Prayer every night for the rest of my life and so I have,” she declared. “I think prayer is very powerful.”

Newton-John went on to welcome Chloe in January 1986 with her then-husband, Matt Lattanzi. The mother-daughter duo was known for sharing a close bond.

The A Life of Greatness podcast was one of the last interviews Newton-John conducted, as the superstar was slowly dying from Stage 4 cancer.

In the interview, the “Grease” legend also spoke about her strong belief that there is some sort of life after death.

‘We all know we are going to die… I think we spend our lives denying it,” Newton-John responded. “It’s extremely personal. I find it hard to put into words, I feel we are all part of one thing, I have had experiences with spirits or spirit life and felt the spirit world and have heard things, that I believe there is something that happens.”

She further explained: “[I believe] It’s almost like we are parts of the same computer and we go back to the main battery. I don’t have a definite definition of what it is.”

Newton-John died on Monday morning at her home in Southern California surrounded by her loved ones — including Chloe, now age 36.

The devastated daughter shared a post on Instagram last Friday, three days before her mom’s death, paying tribute to the star.

“I worship this woman. My mother. My best friend,” Lattanzi captioned the snap, which showed the pair wandering across a field together. It’s unclear what date the image was actually taken.

Newton-John battled cancer on and off for three decades.

She was first diagnosed with breast cancer back in 1992, at the age of 43.

The star discovered that the disease had returned in 2013, before revealing in 2017 that it had metastasized to her lower back. The cancer subsequently spread to her bones, with doctors diagnosing it as stage 4 and declaring that there was little chance of survival.

Despite enduring chronic pain, the bubbly Australian became an outspoken advocate for cancer awareness and for treating the disease with marijuana.

News of Newton-John’s passing shook the showbiz world on Monday and prompted an outpouring of grief from her celebrity friends.

“Grease” co-star John Travolta paid tribute to his longtime pal, writing on Instagram: “You made our lives so much better. Your impact was incredible.”