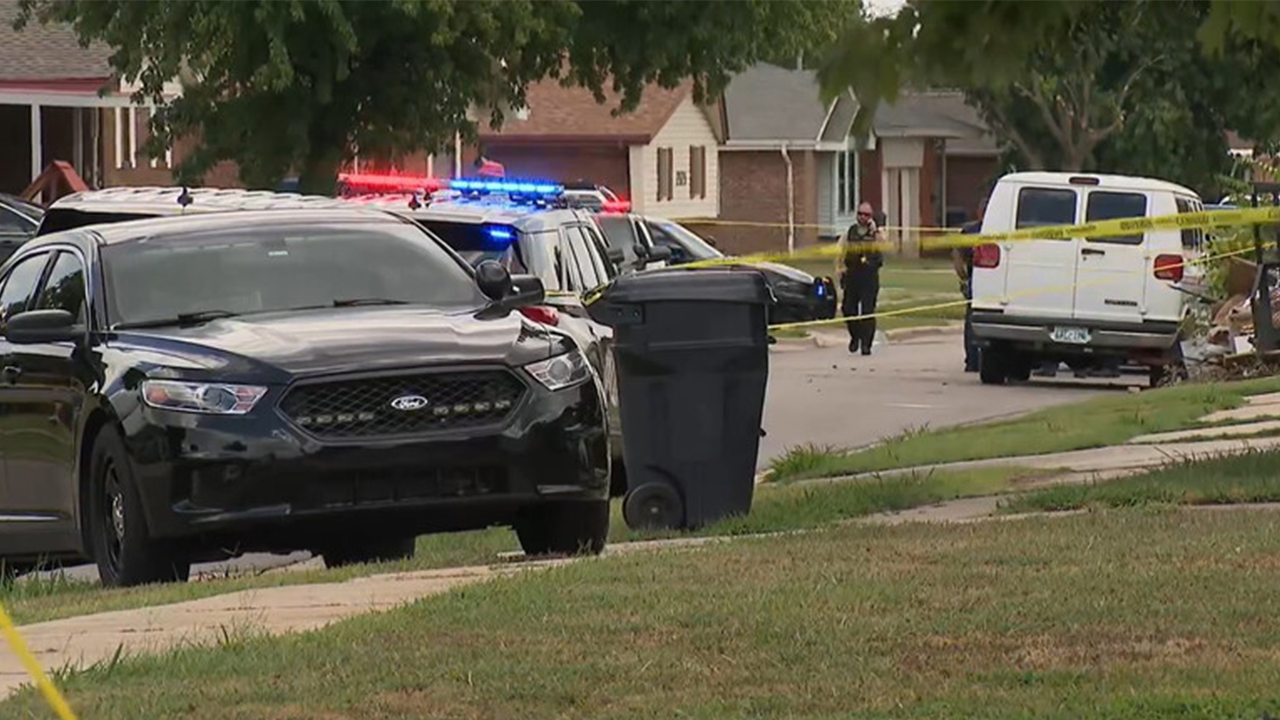 A suspect shot two deputies from the Oklahoma County Sheriff’s Office while they were serving eviction papers on Monday, then fled in a truck before surrendering at the entrance to Tinker Air Force Base, officials said.

One of the deputies succumbed to his injuries on Monday afternoon, while the other was in stable condition after being rushed to the University of Oklahoma Medical Center. Their identities have not yet been released, but Sheriff’s Office spokesman Aaron Brilbeck said both are veteran deputies.

Oklahoma County Sheriff Tommie Johnson told reporters that the deputies first made contact with an individual at the front door.

“They went around to the back door and that’s when the shooting began, shot the first deputy. The second deputy tried to get that deputy out of the way… of gunfire, and then he was struck as well,” Johnson said before breaking down in tears.

MIAMI POLICE OFFICER DIES AFTER BEING SHOT BY ROBBERY SUSPECT

The suspect fled the residence in a truck and exchanged gunfire with officers from the Oklahoma City Police Department during a chase.

Footage from a helicopter following the chase showed the suspect eventually dropping a rifle out of his window and surrendering at the entrance to Tinker Air Force Base, roughly 10 miles east of where the original shooting took place.

Oklahoma County Sheriff Tommie Johnson broke down as he recounted the shooting on Monday.
(KOKH)

The deputies were serving lock-out papers when they were shot, official said.

“This was about as routine as it gets. These guys, what they do is they do lockouts and serve papers and that’s pretty much all they do, and they do it extraordinarily well,” Sheriff’s Office spokesman Aaron Brilbeck told reporters.