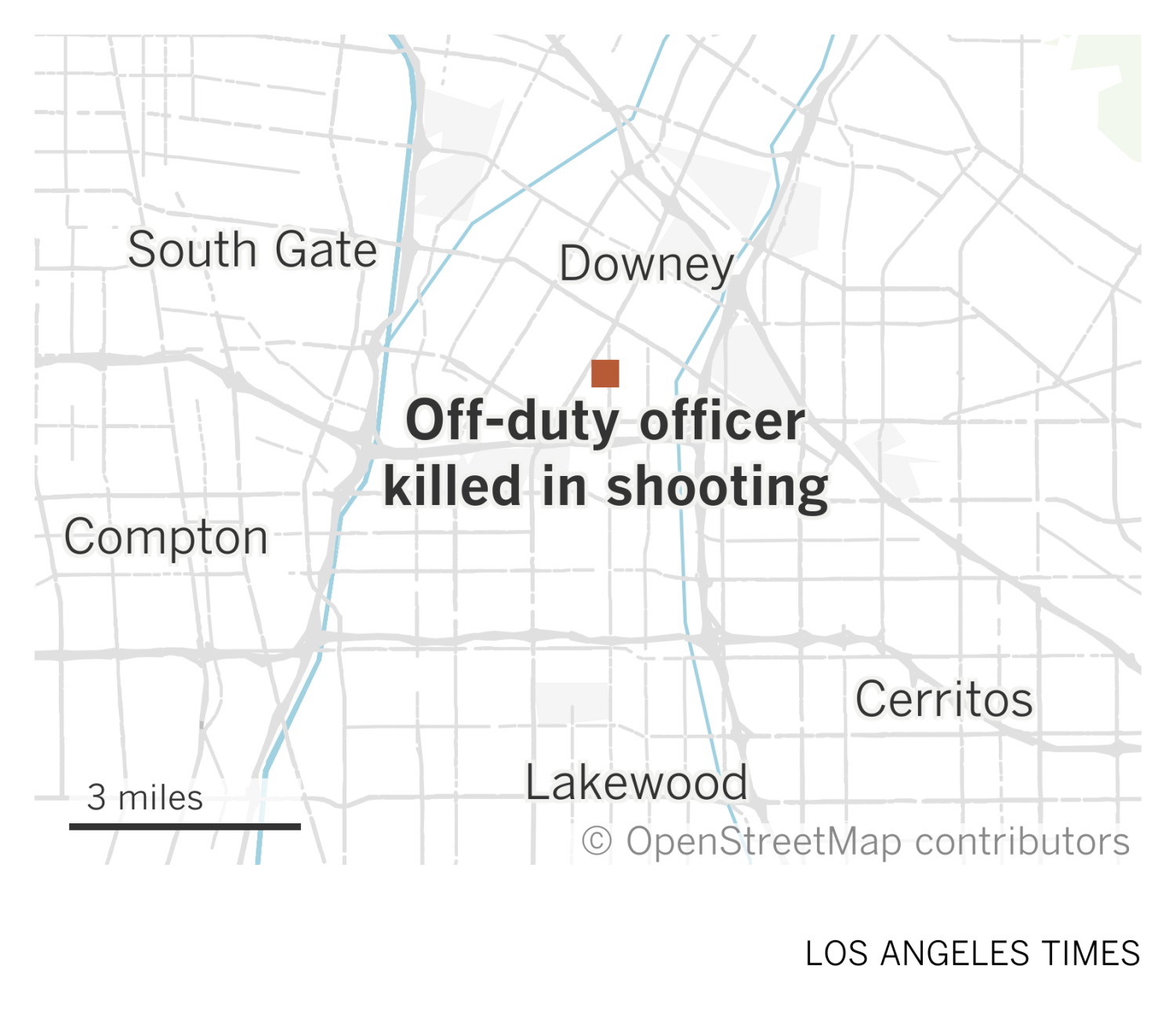 An off-duty Monterey Park police officer was shot and killed in a Downey mall parking lot Monday afternoon, according to authorities.

Officers were called around 3:25 p.m. to a report of gunshots at 12070 Lakewood Blvd., according to the Downey Police Department.

The address matches that of the Downey Landing shopping mall.

The officers found a man who’d been shot, police said. Despite receiving first aid, the man was pronounced dead at the scene.

“Detectives were able to identify the victim as an off-duty officer of the Monterey Park Police Department,” Downey police said. “The victim’s name is not being released at this time.”

Monterey Park Police Chief Kelly Gordon said she and her department were in mourning Monday night.

Gordon, who spoke during a news conference around 8:45 p.m., said she was not releasing any information about the officer, including his name and how long he’d been with the department, out of concern for the investigation and respect for his family’s privacy.

“The loss of any life is tragic … especially when it’s one of your own,” she said. “It’s a tremendous loss. We’re a family, and that’s the bottom line.”

Gordon said her department and the city will support the officer’s family any way they can.

Scott Loughner, Downey’s acting police chief, provided a brief recap of the incident but did not share new information about the shooting or investigation.

Additional information, including the number of possible suspects, whether a motive is known and the slain officer’s identity, was not shared Monday night.