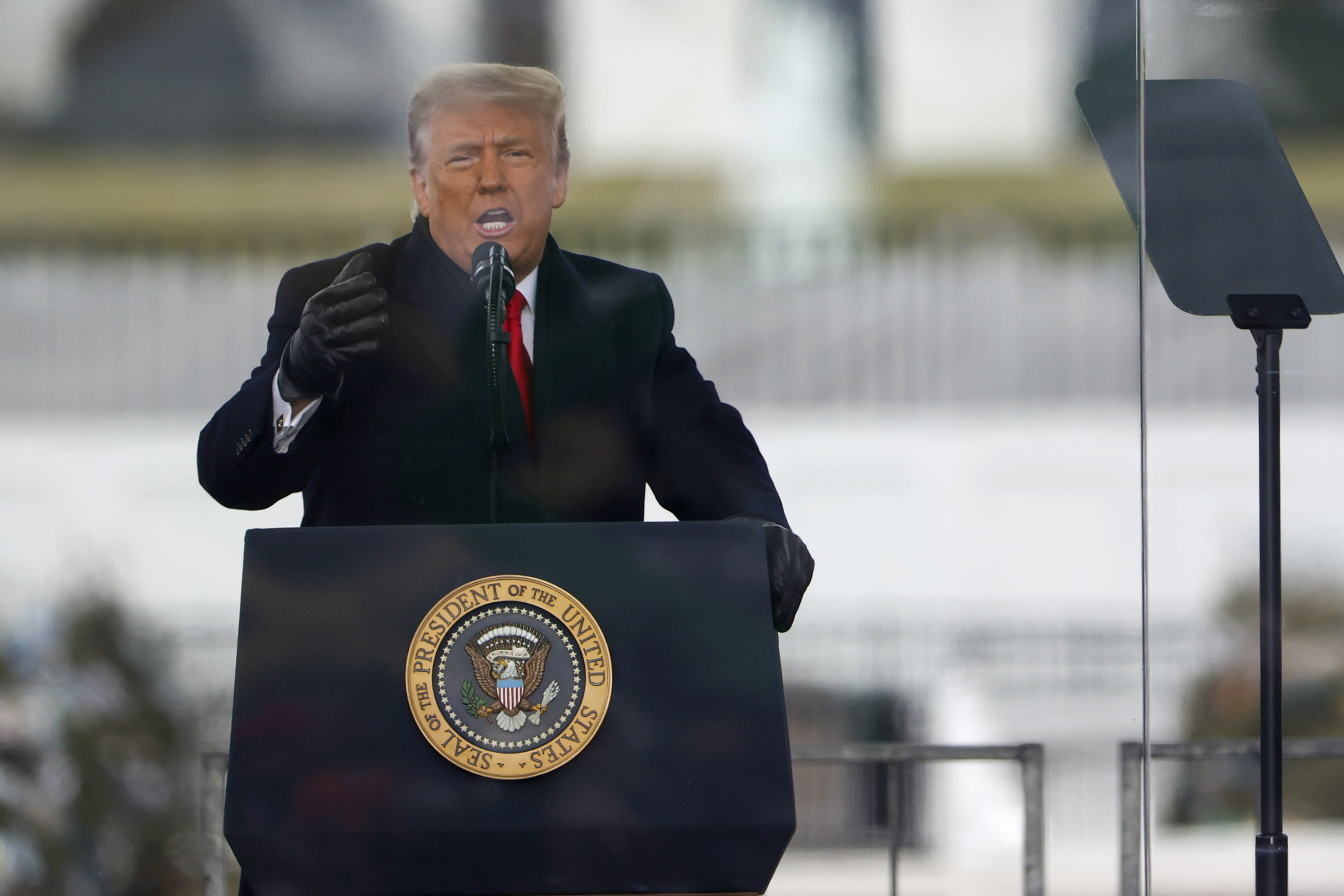 “This individual denied Rhodes’s request to speak directly with President Trump,” according to the filing. “After the call ended, Rhodes stated to the group, ‘I just want to fight.’”

It’s unclear whom Rhodes spoke to or whether that individual had access to Trump. The existence of the call was revealed as part of a plea deal between prosecutors and Wilson, who was in frequent contact with Rhodes in the run-up to Jan. 6 and in the ensuing weeks. Wilson on Wednesday became the third Oath Keeper to plead guilty to seditious conspiracy, the gravest charges to emerge from the Jan. 6 insurrection.

Rhodes has ties to some figures in Trump’s orbit, but there’s been little evidence of direct communication on Jan. 6. In previously released text messages sent among Oath Keepers that day, Rhodes lamented that Trump hadn’t exercised emergency powers that he claimed could authorize the Oath Keepers to violently prevent Congress from certifying the 2020 election.

The filing, however, shows that prosecutors are increasingly eyeing ties between the Oath Keepers and people inside Trump’s orbit. One of the group’s other members who pleaded guilty to seditious conspiracy, Joshua James, was a member of Roger Stone’s security detail. James is also cooperating with the government following his plea deal.