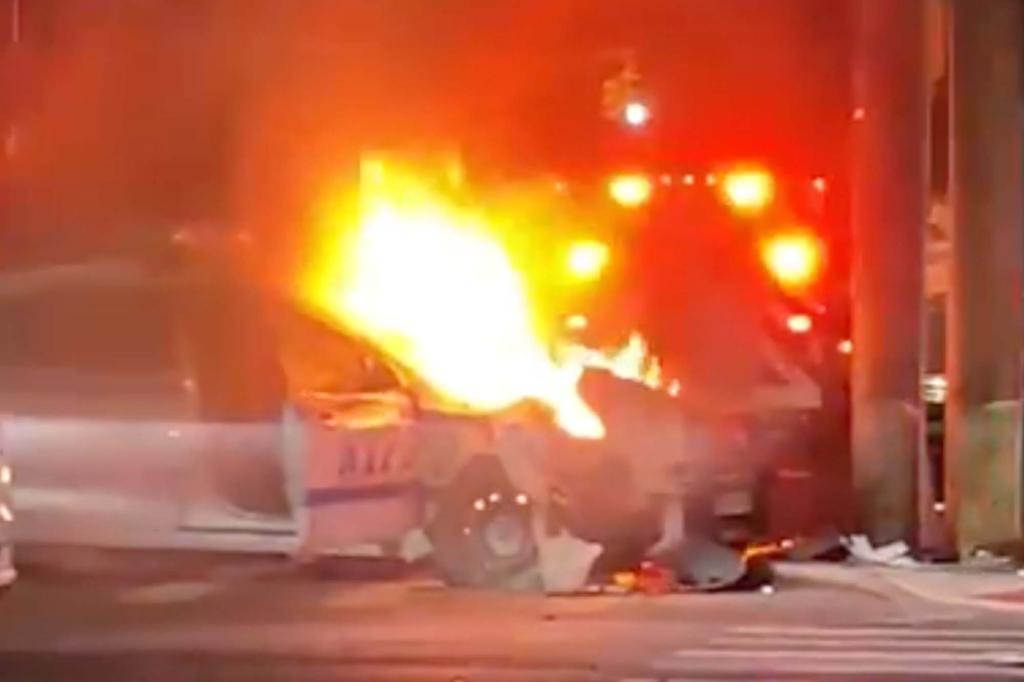 An NYPD squad car burst into flames – injuring two cops – late Sunday when a BMW driver slammed into their cruiser, sending it careening into a pole in Brooklyn, cops said.

The two officers were on their way to a report of a fight around 10:40 p.m. – with their lights and sirens on – when a 39-year-old woman in a BMW rammed into their vehicle at 65th Street and Eighth Avenue in Dyker Heights, police said.

The impact sent the police car careening into a pole, where it caught fire, police said.

The officers inside the car escaped with only minor injuries, and were taken to NYU Langone Hospital—Brooklyn, cops said.

She was charged with leaving the scene of an accident with injuries, cops said.