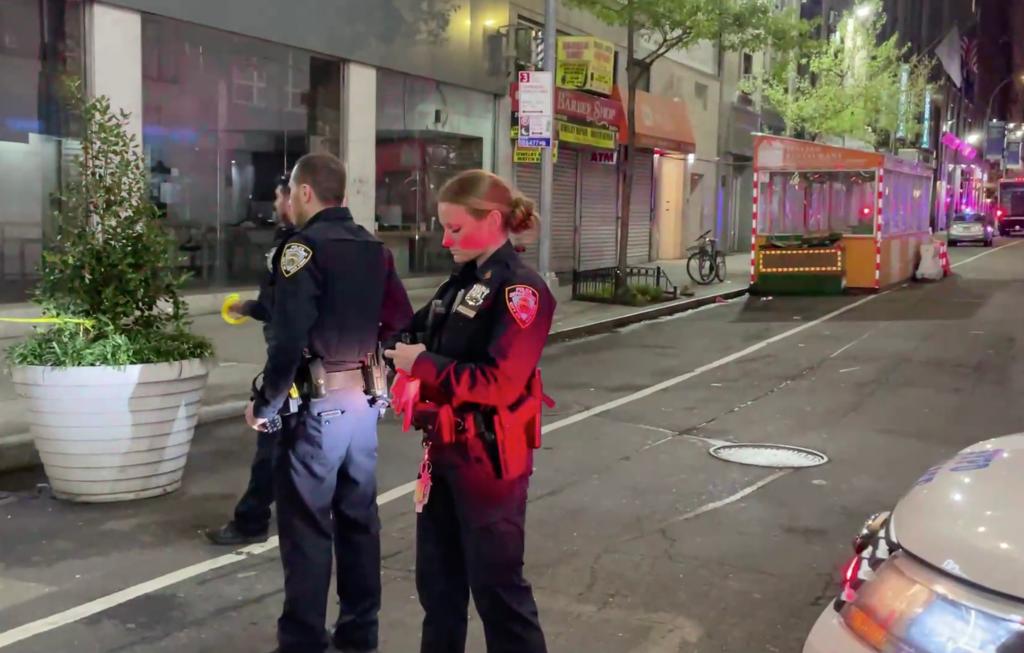 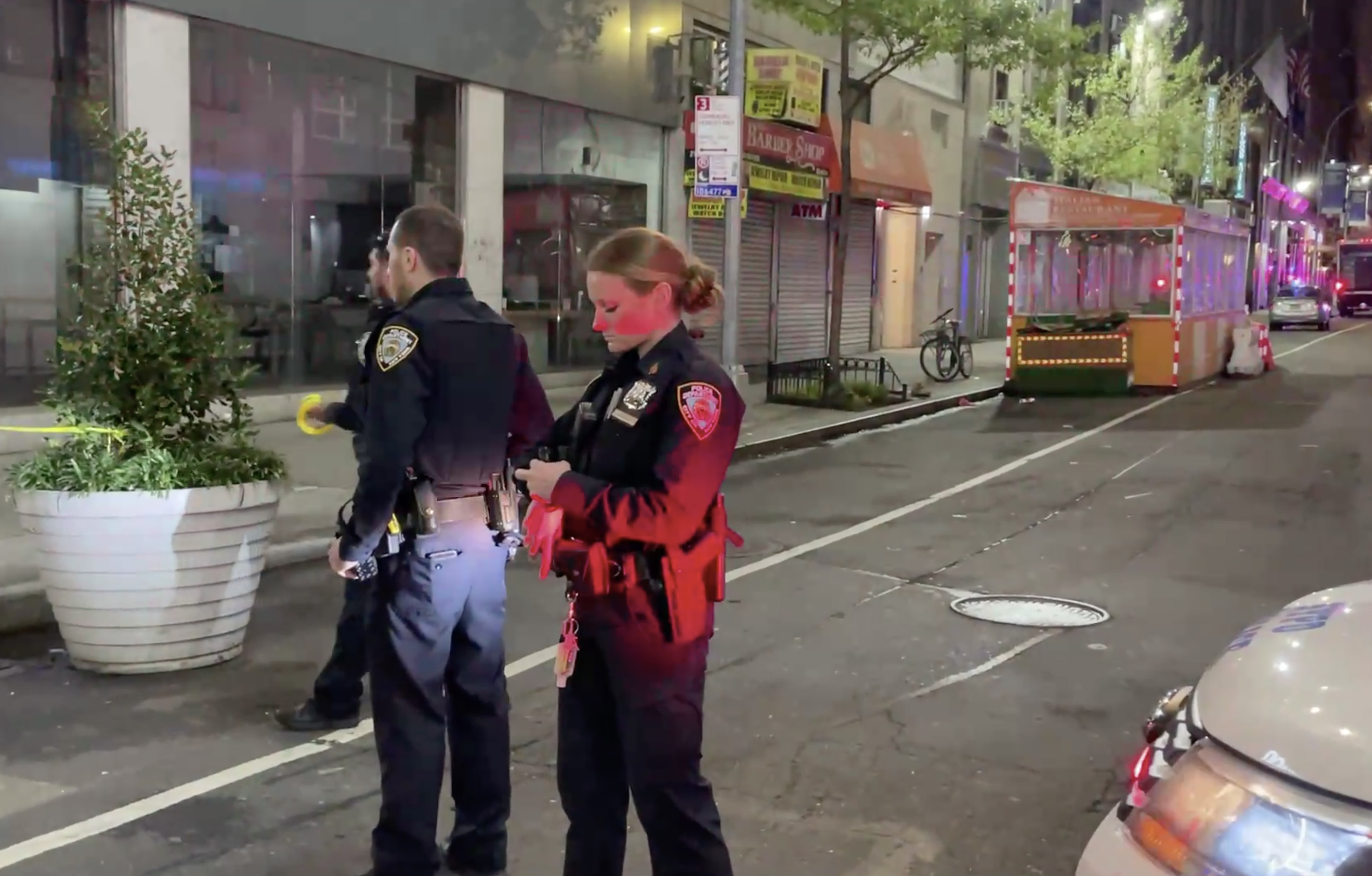 The victims were shot at 354 West 37th Street just after midnight, the NYPD said.

The victims were taken to Bellevue Hospital in critical condition, cops said.

Police closed off the street as they investigated the shooting.

The circumstances surrounding the violence was not immediately clear.