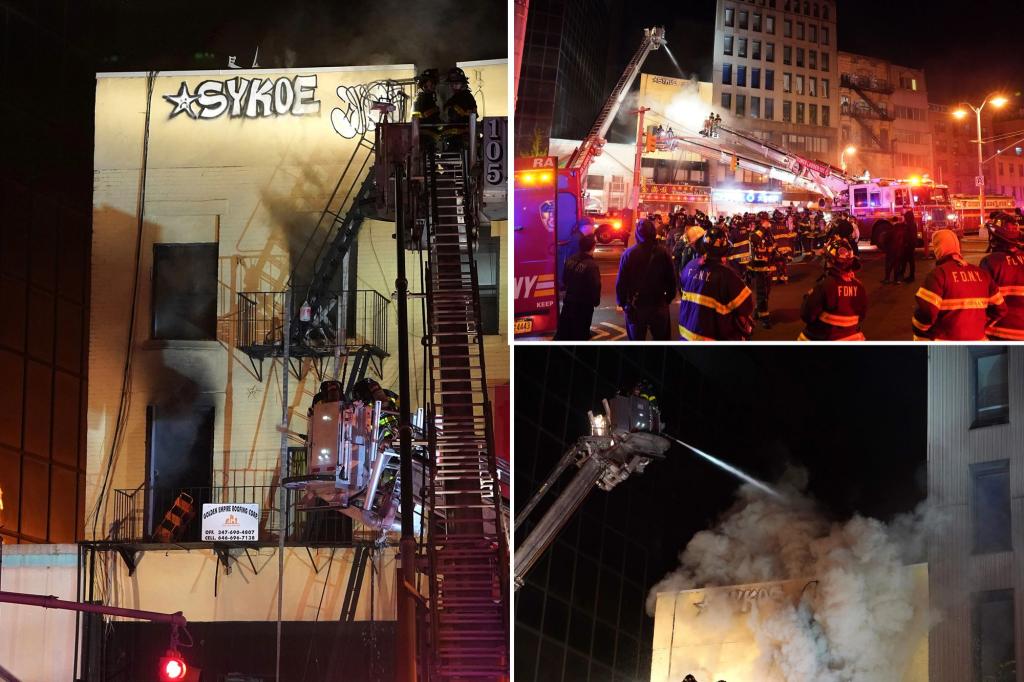 A five-alarm fire was raging at a building in New York City’s Chinatown early Sunday morning.

The blaze was reported after midnight at the rear of Dim Sum Palace in a four-story, mixed-use building on Chatham Square.

“Due to emergency personnel operating at a five alarm fire in Chatham Square and Mott Street, residents in Manhattan may see or smell smoke,” the city’s Emergency Management account tweeted shortly before 3 a.m.

The account had earlier advised people nearby to avoid the smoke and keep their windows closed.

There was no immediate information on if anyone was injured in the blaze.

Sunday’s fire comes two weeks after an apartment fire on Mulberry Street killed a woman and her son.