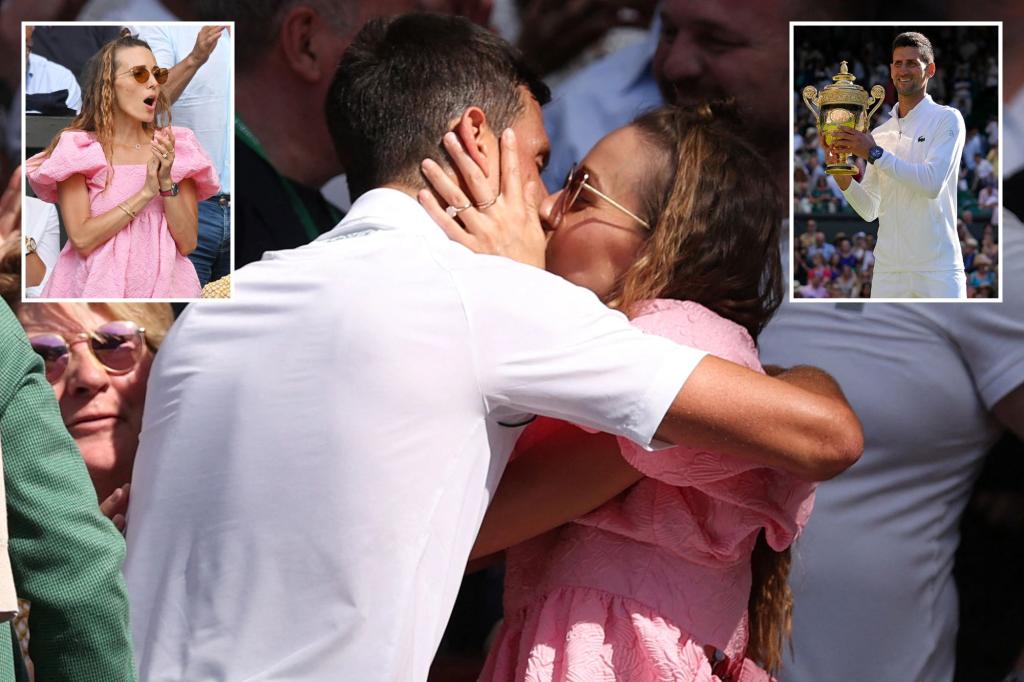 Sealed with a kiss.

Novak Djokovic celebrated his fourth straight Wimbledon title on Sunday with wife Jelena, embracing her in the stands at the All England Club after defeating Nick Kyrgios.

The couple, who happen to be celebrating their eighth wedding anniversary, shared a kiss as onlookers cheered on the world No. 1, who topped Kyrgios, 4-6, 6-3, 6-4, 7-6 (3), to capture his seventh Wimbledon championship.

Ahead of Sunday’s match, Jelena posted an anniversary tribute to Djokovic, 35, with whom she shares two children, son Stefan and daughter Tara.

“8 years married out of 17 years of growing up together 😉☺️😍🥰 #nottoobad #nevergettingold #love,” Jelena posted on Instagram. “Aaaaand today my boy is playing FINALS OF WIMBLEDON!!!”

Djokovic had a playful exchange with British TV presenter Sue Barker about his wedding anniversary after the win, telling her, “I’m going to buy you flowers after this. You keep reminding me of things I would get in big trouble if I forget.”

It’s been a busy few weeks filled with milestones for Djokovic and Jelena, who celebrated her birthday in June.

“Happy birthday to the heart of our family! We love you so much,” the Serbian athlete gushed of his wife on social media.

Djokovic and Jelena married in 2014, shortly after he won his second Wimbledon title, per People.