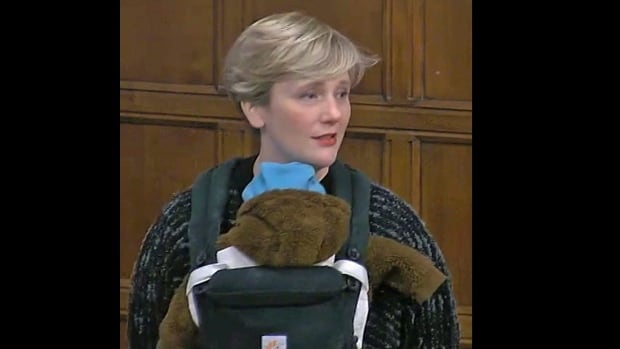 A U.K. MP has been informed she can’t bring her three-month-old child into the home of Commons, prompting others to call for a transformation in parliamentary laws.

Labour Party legislator Stella Creasy said she had received a letter from Commons government after she took her son Pip to a debate.

She stated she had previously taken both Pip and her older daughter to Parliament without difficulty, but have been told the principles had modified in September. Contributors of Parliament are now urged that they “cannot take your seat within the chamber while followed by your child.”

“There are barriers to getting mums thinking about politics, and that i suppose that damages our political debate,” she told the BBC.

Deputy High Minister Dominic Raab, a Conservative, stated he has “so much of sympathy” for Creasy, however stated the verdict is for the home authorities to make.

“i feel we do wish to be sure that our occupation is introduced into the fashionable world, the 21st century, and will permit oldsters to juggle the jobs they do with the circle of relatives time that they want,” Raab mentioned.

Inexperienced Birthday Party legislator Caroline Lucas stated the child ban used to be “absurd.” She mentioned babies had been “some distance less disruptive than many braying backbenchers.”

Have baby, will vote: Minister Karina Gould breastfeeds in the house of CommonsFemale politicians push to make Parliament more family-pleasant

House of Commons Speaker Lindsay Hoyle mentioned he had asked Parliament’s process committee to check the principles, and cited that there were “differing views in this matter.”

“the advice given yesterday … as it should be displays the present laws. Then Again, laws need to be noticed in context and so they change with the times,” he mentioned.