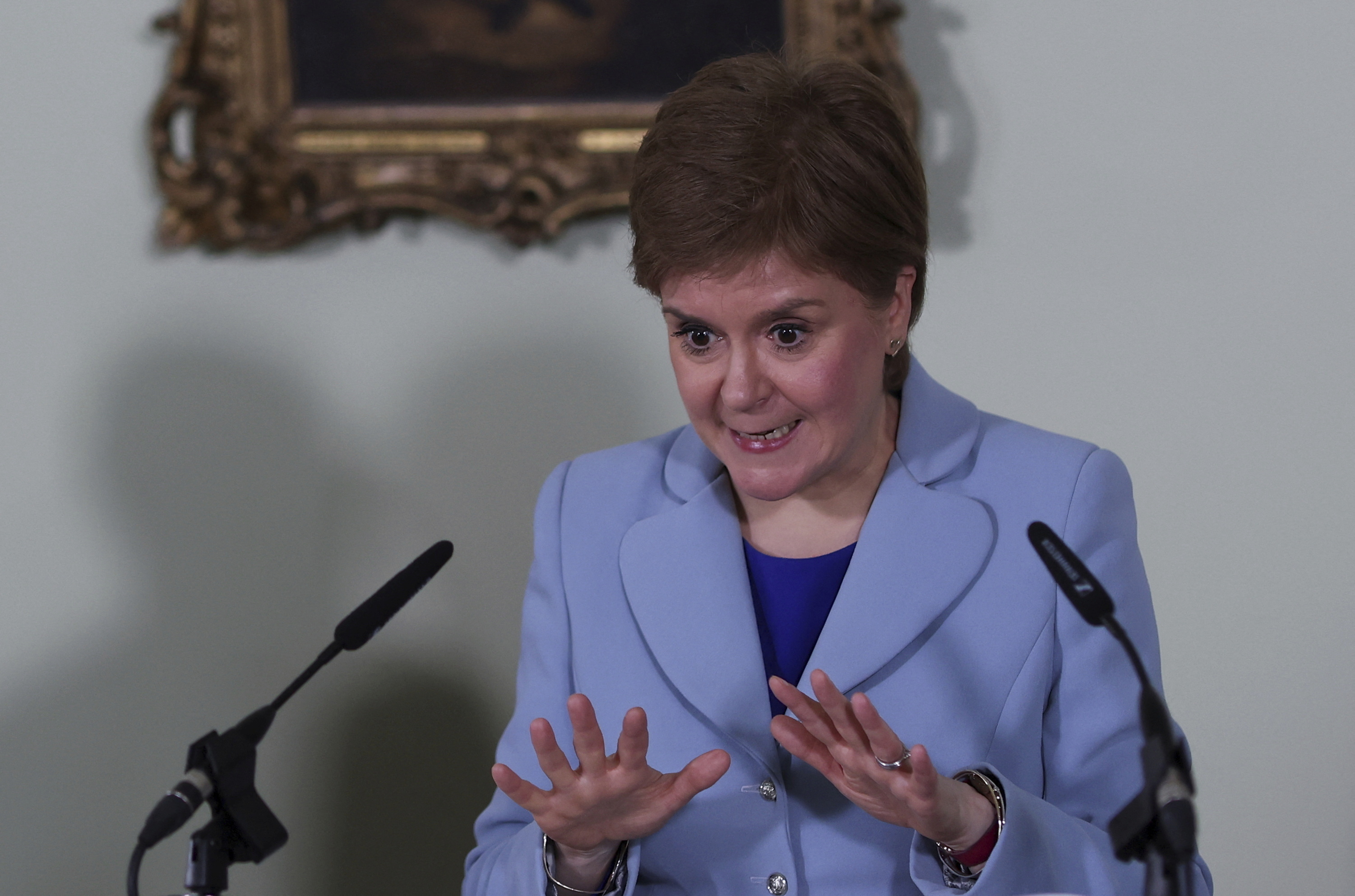 EDINBURGH — Scots will be given another chance to vote for independence on October 19, 2023 — assuming the courts and Boris Johnson fail to block the move.

Under plans announced by Scottish First Minister Nicola Sturgeon on Tuesday, the Scottish parliament (Holyrood) will legislate for a nonbinding second referendum on the Scottish referendum to take place next year.

However, even Sturgeon admitted the path to that vote taking place is uncertain, as she revealed her government has asked the U.K.’s top court to rule on whether Scotland has the power to hold a referendum without London’s permission.

The first poll, in 2014, in which the pro-Union side triumphed by 55 percent to 45 percent, followed then-Prime Minister David Cameron’s decision to temporarily hand Holyrood the power to hold a referendum.

After pro-independence parties gained a majority of seats in last year’s Holyrood elections, Sturgeon argued her government now had a mandate to hold a fresh vote. Johnson and U.K. ministers disagreed, pointing to nationalist statements from 2014 that the first referendum would be a “once in a generation” event.

In her speech to Scottish lawmakers, which set out the road map to that second poll, Sturgeon said her preferred option remained a repeat of the 2014 transfer of powers, known as a Section 30 order.

But this time, no such consent from Westminster will be forthcoming. A No. 10 spokesperson said before Sturgeon’s statement that London’s position is unchanged and that “now is not the time to be talking about another referendum.”

Regardless, Sturgeon said she would write to Johnson to ask for formal consent for the vote to be held. If, as expected, Johnson rejects that call, the Scottish government is set to push ahead anyway.

“I will never allow Scottish democracy to be a prisoner of Boris Johnson or any other prime minister,” Sturgeon said.

The first minister announced that the Scottish government’s chief legal officer has written to the U.K.’s Supreme Court to request a hearing on whether Scotland has the power to hold a non-binding referendum, even if Westminster refuses to grant consent. This will leave the push for another referendum at the mercy of the U.K.’s top judges.

If the judges agree with nationalists and rule that Sturgeon has the power to hold a consultative vote, the Scottish government will push ahead with plans for a vote in October 2023 on the same question that was used in 2014: “Should Scotland be an independent country?”

If judges disagree and rule that the powers to hold any form of referendum lie only with Westminster, Sturgeon said her party would instead contest the next U.K. general election — expected in 2024 — on that same single question from the 2014 referendum.

“It would not be the end of the matter — far from it,” Sturgeon said of any failed court battle. For now, all Scottish eyes turn to London’s Supreme Court.