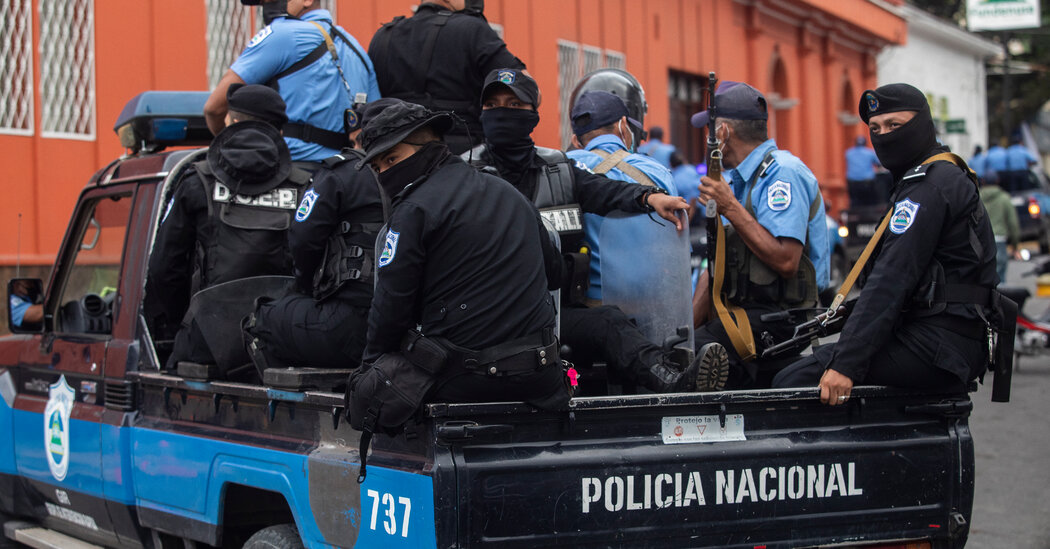 MATAGALPA, Nicaragua — He was the most prominent voice of protest in Nicaragua, using his pulpit to denounce the government’s detention of opponents and suppression of civic rights. Then, last week, the government came for him.

Bishop Rolando Álvarez was arrested after the police raided his residence and put him under home confinement and eight of his companions in jail.

The shocking arrest of Bishop Álvarez on Friday, the most senior clergyman to be detained in Latin America for political views in decades, was the latest and most aggressive move by Nicaragua’s president, Daniel Ortega, against the Roman Catholic Church. Until now, it was the only institution that had escaped his control after 15 years of uninterrupted rule.

But as Mr. Ortega, 76, last year began to purge the few remaining dissidents in politics, civil society, news media, academia, business and culture, the Catholic churches in this deeply religious Central American nation assumed an increasingly pivotal role. More than sources of spiritual solace, they became the only places in the country where citizens could speak their minds and listen to speakers who were not appointed by the state.

Mr. Ortega’s already authoritarian rule tipped into systematic repression last year when it became clear that he lacked a popular mandate to win another term in the general elections held in November. To retain power, he turned the country into a one-party state, jailing all opposition presidential candidates and then moving to silence all other dissident voices.

Now, with the last influential clergyman silenced, Nicaragua has reached a milestone, according to human rights activists, former officials and priests: cementing its position as a totalitarian state.

“They are liquidating the last important social actor in Nicaragua,” said Vilma Núñez, a Nicaraguan human rights activist and one of the few government critics remaining in the country. “It’s a checkmate against democracy.”

Interviews with priests, church workers and parishioners across Nicaragua show the arrest of Bishop Álvarez was just one of several attacks in the government’s monthslong campaign to dismantle the church’s reach in the country.

The police have arrested seven other priests since June on charges ranging from child abuse to disturbing the public order. None have been convicted. Another provincial priest, Uriel Vallejos, went into hiding after the police raided his parish’s radio station and surrounded his residence for several days early this month.

The radio station was among about 10 Catholic television and radio channels that were shut down by the government this year, depriving Nicaragua of the last independent news outlets based inside the country.

In July, the government outlawed the missionary order founded by Mother Teresa and expelled the order’s 18 nuns from the country without explanation. Their exile followed the expulsion in March of the Vatican’s envoy to Nicaragua, Archbishop Waldemar Stanislaw Sommertag.

The wave of arrests and expulsions led Pope Francis to make a rare reference on Sunday to repression in Nicaragua.

“I would like to express my conviction and my hope that through an open and sincere dialogue the basis for a respectful and peaceful coexistence might still be found,” he said after a public prayer at the Vatican.

The clergymen and missionaries who have remained in the country have been subjected to a campaign of fear. The authorities in the past month have banned the church from conducting religious processions in the streets, prevented some priests from officiating Mass, stationed police patrols outside clergymen’s homes and called priests in for questioning.

Tensions rose further on Tuesday, when a provincial diocese of Estelí in northern Nicaragua issued a blistering critique of Mr. Ortega, accusing his government of promoting hatred and murdering peaceful protesters.

“It is you who are creating fear and disorder in this country,” read the statement issued by the Estelí clergy. “We are trying to reconcile the people who you are dividing with your actions. We state that it is possible to be brothers despite our differences.”

Several priests told The New York Times that undercover security agents and pro-government paramilitaries had been monitoring their Mass services and taking photos of attendees.

The crackdown has had a chilling effect in a country where the government has jailed nearly 200 politicians, businessmen, student leaders, social activists and journalists over the past year.

The once-crowded church pews have emptied out as parishioners have remained at home out of fear of being labeled dissidents by government agents. The outspoken priests have grown silent.

Nicaragua’s most senior clergyman, Cardinal Leopoldo Brenes, and the church’s top body in the country, the Episcopal Conference of Nicaragua, did not respond to requests for comment.

The demoralization was on display this month during the celebration of Our Lady of Fátima, a major Catholic holiday. Once an exuberant procession of thousands, the commemoration was replaced by a somber walk of about 400 clergymen and parishioners around the grounds of the capital’s cathedral, after the government banned the church from using the streets.

Those present said the repression had not dented the faith of the Nicaraguan people, but acknowledged that the fear had kept many from joining the celebration.

“We know that this attack against the church is not just against Catholics, but against all the voices that speak up in solidarity with the people,” said Inés Pérez, a 60-year-old Catholic who came to celebrate Our Lady of Fátima from the nearby city of Masaya. “Even from confinement we can express ourselves, demonstrate our faith. They won’t bend us.”

The repression against the church has had an even stronger effect in Nicaragua’s remote rural areas, where Mass has, in many cases, become the last social forum available to local communities.

“The church is the only one left who can change something in the country,” said Carlos Bolaños, a farmer in the northern town of Waslala, pointing to the church’s global reach and its role in toppling Communism in Eastern Europe.

Nearly nine out of 10 Nicaraguans identify as Christian, according to the latest available Latinobarómetro poll. Although Catholicism in Nicaragua, like elsewhere in the region, has been steadily losing ground to Evangelical churches, it remains the largest denomination in the country, the poll shows.

Mr. Bolaños said that for the past seven years he had walked with a local priest to help officiate an informal Mass on weekends in remote communities lacking a church. He said that on arriving in a hamlet, the conversation usually immediately turns to politics.

“All the institutions are already controlled by the government,” he said. “The people want to know what’s really happening in the country.”

The scale of religious repression in Nicaragua has brought back memories of the worst years of the Central American civil wars of the 1980s, when dozens of priests and nuns in nearby El Salvador and Guatemala were murdered by both sides for speaking out against dictatorships.

In Nicaragua, the systematic dismantling of Catholic institutions signifies the end of Mr. Ortega’s long-running efforts to make clergy instruments of the Socialist movement he has come to embody, the Sandinistas.

During the armed struggle against the right-wing dictator Anastasio Somoza in the 1970s, Sandinista guerrillas received unlikely support from a progressive group of Catholic priests who advocated for the poor and spoke out against oppression.

After taking power in 1979, the Sandinistas purged the reactionary clergymen allied with Mr. Somoza, but tried channeling the religious devotion of the Nicaraguan people toward revolutionary goals, said Humberto Belli, a former senior Sandinista official who has broken with Mr. Ortega.

“The government promoted the idea that being a true Christian meant being a revolutionary,” he said.

The alliance with sectors of the church largely ended in 2018, when a wave of national protests led to the death of about 300 protesters at the hands of security forces and paramilitaries. Many priests opened their churches to protesters seeking refuge and denounced the violence in their sermons.

Now, no longer able to co-opt church leaders, Mr. Ortega appears to have decided to eradicate independent Christian practice to complete his total control of the nation, he said.

“Christianity means subordination to a being outside the revolution,” said Mr. Belli. “This government can’t tolerate this.”