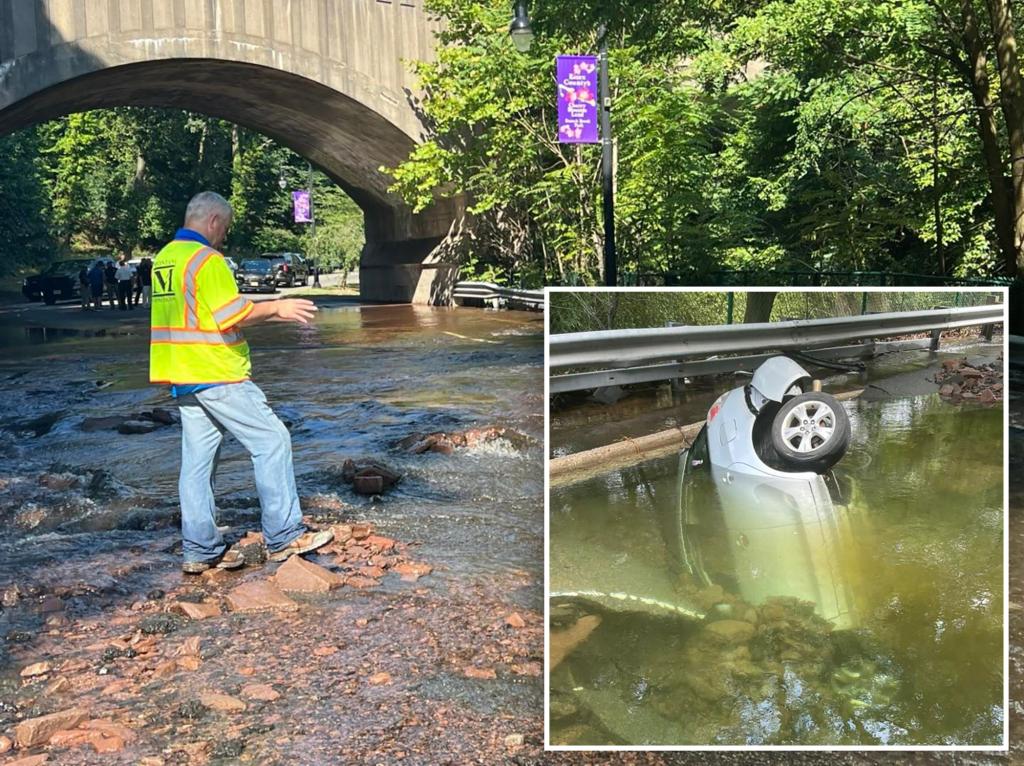 Newark restored the vast majority of its water service by Wednesday evening and neighboring Belleville was “almost back to normal” 32 hours after a monster water main break left more than 100,000 parched.

The damage left cars submerged in water after they were swallowed by sinkholes. A boil water advisory was still in effect Wednesday until officials could conduct tests on the water in the city and town, officials said.

The emergency began Tuesday morning when a 140-year-old pipe ruptured in Brook Branch Park, turning roads into rivers and leaving much of New Jersey’s largest city without water on the eighth day of a brutal heat wave.

Newark officials said that water pressure was back to normal for 99% of city residents after workers went door-to-door to distribute bottled water and several large hospitals had to turn away non-emergency patients.

“The leak on the water main break has been isolated, the vehicle obstruction removed, and excavation has begun to uncover the water main,” said Director of the Department of Water and Sewer Utilities Kareem Adeem in a Wednesday evening statement.

Officials were able to able to finally locate the valve that shut off the gushing water and repair the main around 1 p.m. Wednesday, Belleville Town Manager Anthony Iacono told The Post.

Belleville, a town of 38,000 shares its water supply with Newark, and residents, businesses and hospitals were heavily affected by Tuesday’s break.

“We weren’t able to get into the hole because there was so much water. Until we were able to shut the water off we couldn’t see what we were dealing with. So it was almost like a jigsaw puzzle,” Iacono said.

Belleville was also said to be getting back to normal.

“I’m hopeful by the end of the evening or early morning when people wake up to take showers we’re almost back to normal,” Iacono said.

Officials reminded impacted residents to “bring tap water to a rolling boil for one minute and allow the tap water to cool before using” or to use bottled water.