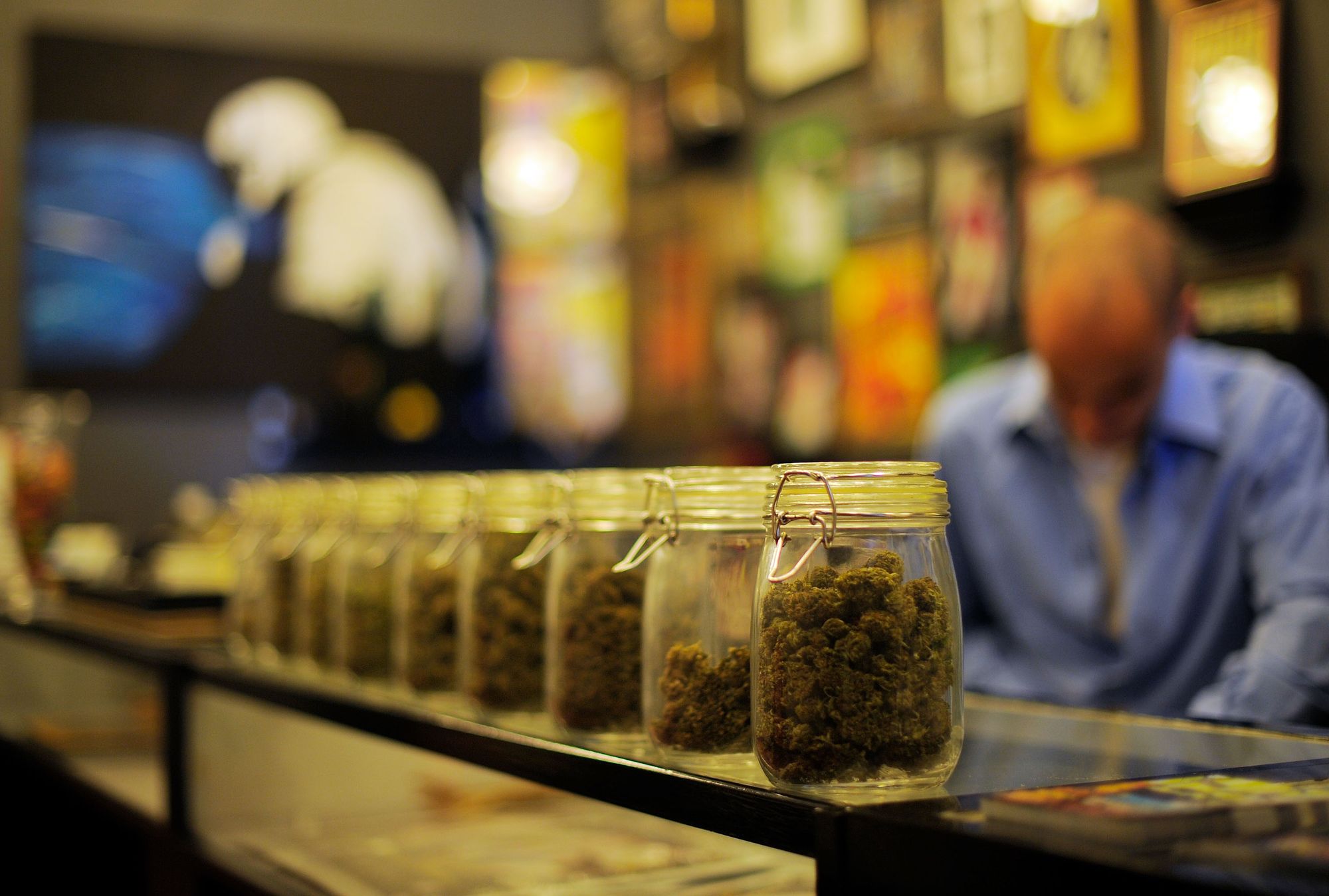 Most states have let medical dispensaries be the first to roll out recreational products, which has largely let big fish get bigger. And places like Illinois and Detroit created lotteries or restrictions to promote diverse ownership in their adult-use weed sectors only to see them mired in legal challenges and legislative fixes for years. So, New York — one of the nation’s largest cannabis markets — went further.

New Yorkers with past cannabis-related convictions and business experience will get the first chance at Conditional Adult-Use Retail Dispensary licenses. If selected, the state will set up the applicants with a retail location and financing to help develop their storefronts — with shops openings potentially as early as the end of the year.

That “social equity” framework, as set forth in in the 2021 law as part of the state Marijuana Regulation and Taxation Act which legalized the drug for adult use, underpins the state’s efforts to ensure those most harmed by the decades-long prohibition of marijuana — and not large multi-state operators — are at the center of New York’s recreational program. The Democratic-led Legislature pushed for the measure as part of the law.

But it remains to be seen whether these steps will lead to a truly “equitable” cannabis market in New York, or if it runs into issues that have befallen other states before it.

Efforts across the country to ensure that people disproportionately impacted by the war on drugs are able to reap the financial benefits of legalization have struggled to achieve results due to legal fights, shoddy implementation and a lack of funding for fledgling entrepreneurs.

“I think it’s naive to think that everything is going to go exactly as planned,” said attorney Robert DiPisa, chair of the cannabis law group at Cole Schotz, a New Jersey-based firm. “If you look at any other jurisdiction that has attempted to create a social equity-type program, there are plenty of bumps in the road.”

How New York’s program will work

The online application portal for New York’s dispensary licenses, which opened Thursday, runs through Sept. 26. (Application periods for other recreational license types are expected in the coming months.)

New Yorkers who were convicted of marijuana-related offenses in the state prior to the drug’s legalization — or whose parent, guardian, child, spouse or dependent was — and who have experience owning and operating a qualifying business will be eligible to apply for the licenses. They must also have a “significant presence,” including residency, assets or some other connection in the state.

Applicants will be asked to submit information on “true parties of interest,” including partners; documents to prove the justice-involved individual’s eligibility; proof of presence in New York; and tax documents showing they owned and controlled a profitable business for two years, among other things. They will also be asked to select up to five out of more than a dozen regional preferences for their dispensary location in New York.

Successful applicants will receive aid from a $200 million Social Equity Cannabis Investment Fund, which was created to help finance the leasing and equipping of up to 150 dispensaries across the state. Social Equity Impact Ventures, LLC, a minority-led investment team that includes former NBA star Chris Webber, was selected to sponsor and manage the public-private fund.

Office of Cannabis Management officials said the online application process was designed to not be “overly burdensome” or require the hiring of consultants or attorneys to be completed. They’ve also noted that the $2,000 nonrefundable application and licensing fee is far below the $10,000 fee for New York’s medical program.

“All of the things that we’ve identified over the years as barriers to entry, we’re trying to remove,” Alexander said.

Kaliko Castille, board president of the Minority Cannabis Business Association, said New York is “one of the best as written legalization efforts out there” because it gives social equity businesses a leg up.

But social equity efforts, even like states like Colorado and California where recreational marijuana has been legal for years, have faced challenges despite grants and training programs.

“So many of these states essentially have unfunded mandates where they, well-intentioned in writing the policies, but then didn’t put down the money to actually make sure the entrepreneurs can get access to capital without having to go to a ‘vulture capitalist’ — what I call it [when] people are having predatory deals that are ultimately undermining the entire sort of purpose of having social equity licenses in the first place,” Castille said.

Castille pointed to the social equity fund as a unique and “innovative approach” New York is taking to helping marijuana businesses access real estate, which can be both costly and challenging from a zoning perspective. The decision to set aside the first licenses in such a large market for justice-involved individuals also sets New York apart in its effort to achieve equity in the cannabis industry.

“Too often those folks are paid lip service but not actually given the opportunity,” he said.

Kristina Lopez Adduci, founder and CEO of New York City-based House of Puff, which sells cannabis accessories, lauded the steps New York has taken to remove barriers and prioritize those affected by the drug laws in its initial licensing. But, like Castille, she said it’s too early to say whether those efforts are enough.

Adduci, for example, said the $200 million social equity fund “is fantastic, but it won’t move the needle entirely” given the costs of opening and operating a marijuana dispensary. The state, she argued, should ensure these businesses also have access to incubator programs and workforce education.

If selected, dispensary applicants are subject to a four-year conditional period in which they cannot sell or transfer their licenses, according to program rules finalized in July. After that, they will transition into full retail licenses.

DiPisa, who has worked with clients looking to apply for the licenses, noted that although applicants get to select their preferred regions, they ultimately don’t get to choose the location of their dispensary that they’ll be locked into for four years — even if it’s in the region of their choice.

“How much control is the (license) holder going to have on the look and feel of their space?” he said.

Trying to create an equitable program

Alexander said the Office of Cannabis Management expects that because New York will provide ongoing support, operators will hold on to their licenses and continue to grow their businesses after the four years. Some, however, have raised concerns that large multi-state marijuana companies could then buy up the initial licenses.

Adduci said she hopes New York takes “note from other states who have made those mistakes,” adding that she’s already started to see “predatory deals” emerge.

“Predatory deals come across my desk and say, ‘Hey, if you win a license I’ll give you $10 million for it,’” she said.

DiPisa argued that a takeover by large cannabis industry operators would “usurp the entire reason for the program” — wanting New York to own its cannabis market. He, however, argued that preventing social equity owners from selling their licenses would also go against the intentions of the program.

“The whole point of this is to put them on a pedestal, give them the opportunity to be profitable,” he said. “Why shouldn’t they be able to build a business, realize the ‘American dream’ and sell their business off? It’s honestly something that I don’t know how to make heads or tails of. It’s a hard thing to reconcile because you want both, but you can’t have it all.”

That is the line the Office of Cannabis Management is trying to straddle with its regulations. Alexander said New York can’t stop sales from occurring after the four-year period.

Although New York is the latest state to move toward dispensary sales, industry observers say the size of its market — and position at the center of world finance — raise the stakes of getting a sustainable cannabis “social equity” program.

Alexander said he expects New York to make “new mistakes” as it rolls out its own equity approach to a state-level legal marijuana marketplace. He also acknowledged that New York’s program will not “solve all the problems” that exist in the cannabis space, like banking challenges.

But Castille said that if New York’s program can be successful, it “would send a big signal to people.”

“New York is a great first stab at the sort of new era of what legalization could look like when fully wrapping social equity into that,” he said, adding that “no matter what comes out of New York, it’s likely to set a new foundation.”