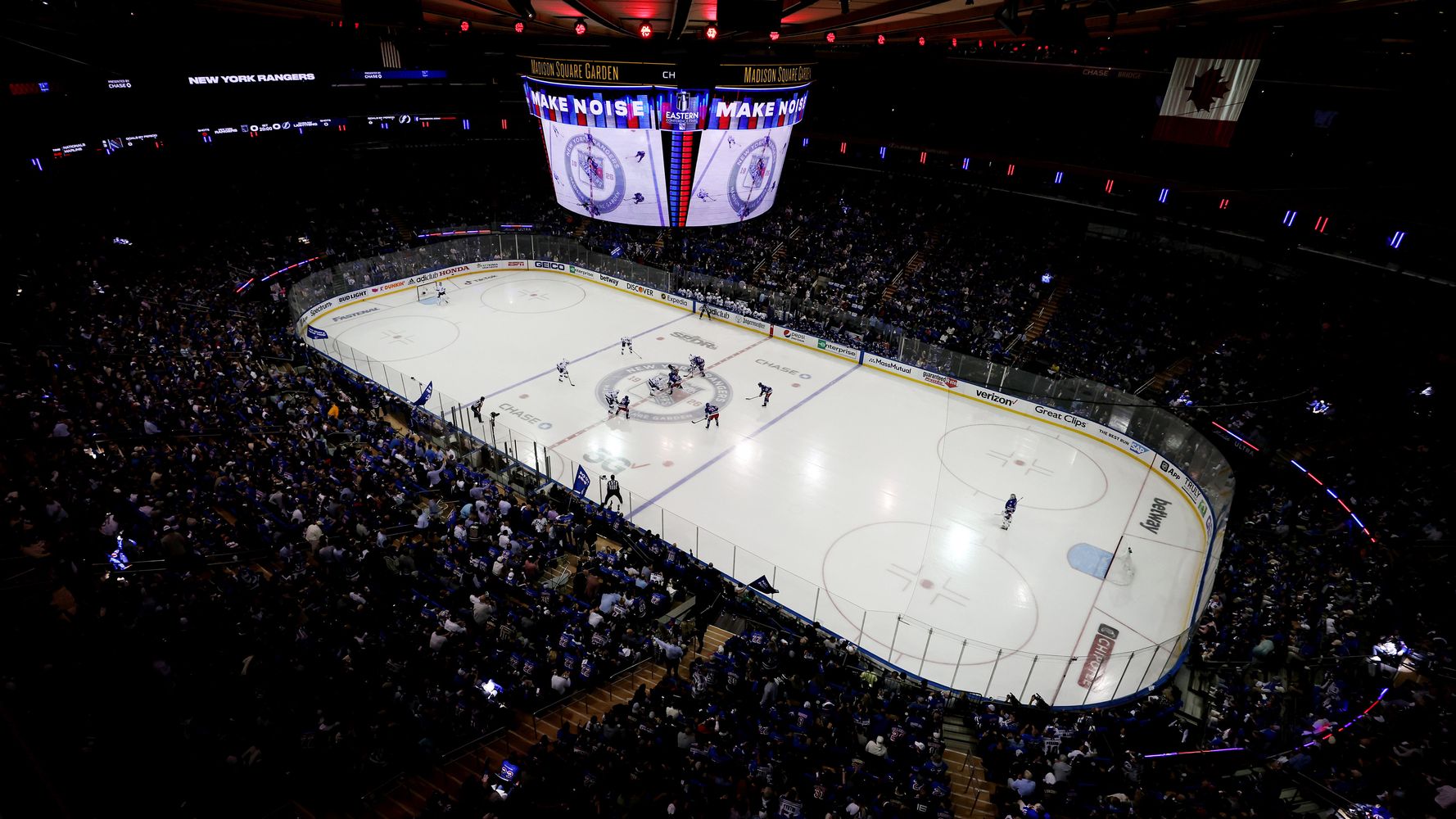 A New York Rangers fan who allegedly assaulted a fan of the opposing team on Thursday has been arrested and banned from the team’s arena.

A video posted to Twitter shows a Rangers fan slugging a Lightning fan in the face as people file out of Madison Square Garden. The Lightning fan falls to the floor.

Police say Anastasio also punched a second person in the face as he fled the scene of the altercation, according to USA Today.

Madison Square Garden, which hosted Thursday’s game, announced it was barring Anastasio from all events and other venues it owns for life.

Representatives for MSG described the attack as “abhorrent” and said the venue is working with law enforcement following the charges against Anastasio.

The Lightning’s win against the Rangers on Thursday marked the third straight win for the team in a series that determines who goes to the Stanley Cup Finals.