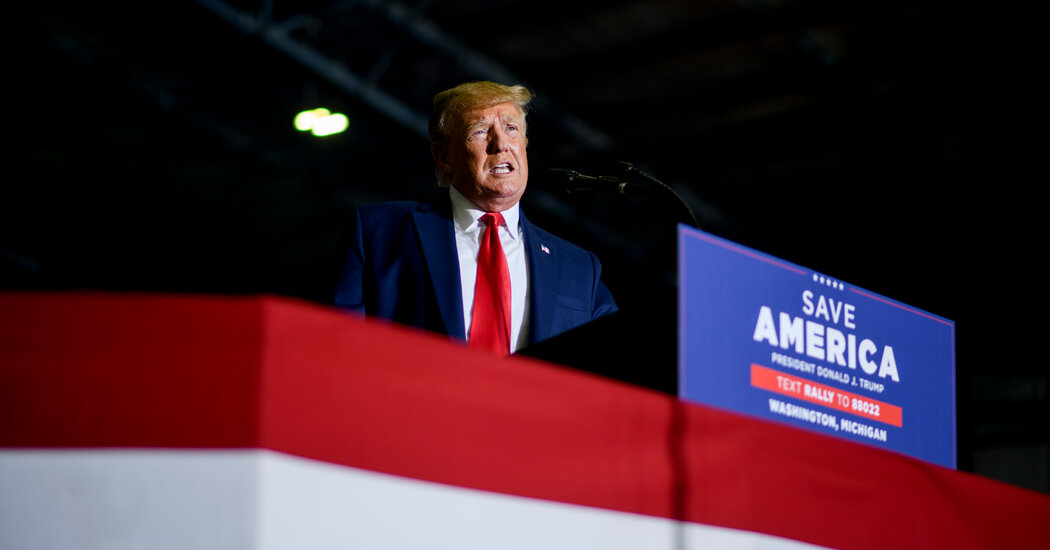 Mr. Trump and his other children could do the same. But declining to answer questions could harm them in Ms. James’s civil inquiry. Whereas in a criminal case, jurors are barred from inferring anything from a defendant’s refusal to testify, the same is not true in a civil inquiry, where the Trumps’ silence could be used against them.

Ms. James’s office is in the final stages of its investigation, which began more than three years ago and has focused on whether Mr. Trump improperly inflated the value of his properties and other assets. Because her inquiry is civil, Ms. James cannot file criminal charges, but she can file a lawsuit. Last month, a lawyer for her office said that Ms. James was preparing to file an “action” against Mr. Trump in the near future.

The origins of the inquiry. The investigation started after Michael D. Cohen, Mr. Trump’s former personal lawyer and fixer, testified to Congress that Mr. Trump and his employees had manipulated his net worth to suit his interests.

Mr. Trump’s lawsuit. In December, Mr. Trump sued Ms. James, seeking to halt the inquiry. The suit argues that the attorney general’s involvement in the inquiry is politically motivated.

Contempt ruling. A judge held Mr. Trump in contempt of court for failing to turn over documents to Ms. James, ordering him to provide the records and be fined $10,000 per day until he did so. Two weeks later, the judge withdrew the judicial order on the condition Mr. Trump paid the $110,000 fine he had accumulated over that period.

In a filing earlier this year, Ms. James’s office said that the Trump Organization engaged in “fraudulent or misleading” practices. But her lawyers added that they needed to collect additional records and testimony before they could make a decision about whether to file a lawsuit.

As Ms. James’s investigation ramps up, Mr. Trump also faces a criminal investigation into whether he falsely inflated the value of his properties. But while that investigation by the Manhattan district attorney’s office is continuing, prosecutors stopped presenting evidence about Mr. Trump to a grand jury earlier this year.

The criminal investigation had been heading toward charges before the Manhattan district attorney, Alvin L. Bragg, developed concerns about proving the case.

In recent court filings, Ms. James has outlined the contours of a potential lawsuit against Mr. Trump or his company. One of her filings revealed that Mr. Trump’s longtime accounting firm had cut ties with him and essentially retracted nearly a decade’s worth of his annual financial statements.

And throughout the year, her office has worked to obtain testimony and documents from Mr. Trump. Last month, Justice Arthur F. Engoron of the New York State Supreme Court, who first permitted Ms. James to question the Trump family, also held the former president in contempt after his lawyers failed to explain their search process for documents relevant to the investigation that they claimed they were unable to find. The contempt order was lifted earlier this month, but only after Mr. Trump paid a $110,000 fine.