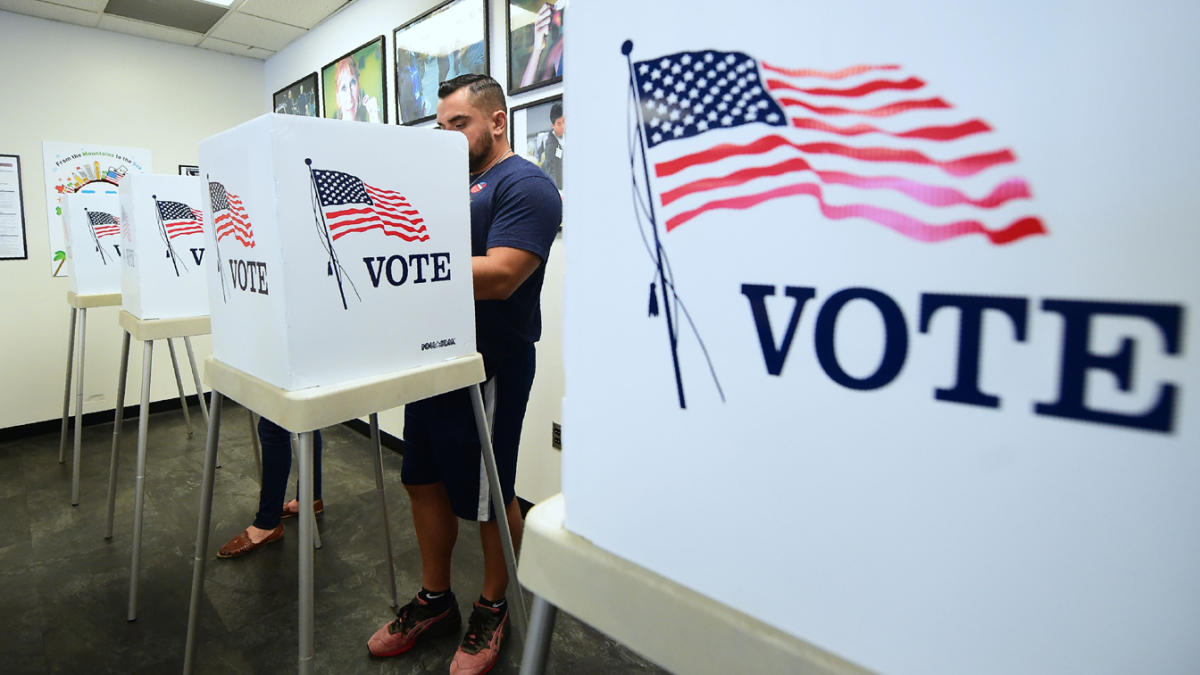 After months of missteps, mishaps and misfortune, President Biden and his fellow Democrats are finally enjoying a run of good news.

But will it be enough to prevent the sort of electoral bloodbath that a president’s party usually suffers in the midterms? Could Democrats actually “win” in 2022?

According to the latest data, the answer is … possibly. And those are better odds than Biden & Co. had any reason to expect even a few weeks ago.

For decades now, the pattern has been clear. There have been 19 midterms since World War II. In 16 of them, the president’s party lost five or more seats in the House — the number that Republicans need to net this year to take control. Historically speaking, that means Democrats have an 84% chance of losing the House in November. Americans almost always vote against the president in midterm elections.

Factor in Biden’s anemic approval rating (the worst of any modern president at this stage of his first term) and astronomical inflation numbers (the highest since the early 1980s), and it looks like a recipe for Democratic disaster.

And yet the polls are starting to show otherwise.

That’s not earth-shattering — the president’s net approval rating is still negative by more than 16 points — but it’s also not nothing. Any movement toward Biden — from Democrats who no longer dismiss him as ineffectual, or from independents encouraged by improving economic indicators — is notable.

Likewise, there are signs that presidential popularity — which tends to suffer because of ever-increasing partisanship and polarization — may no longer be the predictor of midterm performance it once was.

Take the crucial “generic ballot” question, which asks voters which party they would prefer to control Congress. Since November 2021, Democrats have trailed Republicans on the generic ballot. But they’ve only trailed by 1 or 2 points, on average — not 16.

Several caveats apply here. The midterms are still more than two months away. Most voters don’t really tune in until after Labor Day. And the pro-Republican impact of gerrymandering — redrawing congressional districts to favor one party over the other — means that Democrats typically have to win the national popular vote by at least a few percentage points just to avoid losing seats in the House.

To reach that threshold, Democrats still have a long way to go; they currently lead Republicans by half a point, on average. Generic-ballot polls usually underestimate GOP support as well. So unless the gap widens significantly, Republicans still stand a good chance — a 77% chance, according to the FiveThirtyEight forecasting model — of flipping the closely divided House.

Still, GOP odds have fallen by 10 points over the last month. Time will tell if they keep falling.

Meanwhile, the Senate side of things is trending toward Democrats, too — only much more dramatically. Why? Senate Minority Leader Mitch McConnell (R-Ky.) has some thoughts.

“I think there’s probably a greater likelihood the House flips than the Senate. Senate races are just different — they’re statewide, candidate quality has a lot to do with the outcome,” McConnell said Thursday in Florence, Ky. “Right now, we have a 50-50 Senate and a 50-50 country, but I think when all is said and done this fall, we’re likely to have an extremely close Senate, either our side up slightly or their side up slightly.”

McConnell is right that Senate races are “just different.” He’s also right that “candidate quality” is a problem for the GOP right now. To regain control, Republicans only need to net a single Senate seat. And yet in key race after key race, their nominees — all of whom were endorsed by Trump — seem to be underperforming:

None of which means Republicans will lose these races. Johnson in particular has seemed imperiled in the past, only to perform better on Election Day than late-summer polls — including Marquette’s — suggested he would. In recent cycles, pollsters have also had some problems getting enough Republicans — especially working-class Republicans in Rust Belt states — to respond to their surveys, which can make the GOP look weaker (and the Democrats stronger) than they really are.

Yet for now, at least, Republicans’ path to a Senate majority looks much narrower than it should be, given the national environment. In fact, as most key primaries have ended and this year’s general election matchups have been finalized in recent weeks, FiveThirtyEight’s Senate forecasting model has flipped from slightly favoring the GOP to favoring Democrats by a sizable margin: 63% to 37%.

According to the Cook Political Report, Democrats are currently favored to win back governorships in Maryland and Massachusetts as well (and to retain the office in hard-fought states such as Michigan and Pennsylvania).

Again, two months is an eternity in U.S. politics. Anything could happen. But ultimately 2022 may wind up being a contest between the usual forces that tend to decide midterm elections — things like inflation and presidential job approval, which clearly benefit Republicans — and some of the more unusual forces that appear to be keeping Democrats afloat.

Chief among the latter may be the end of Roe v. Wade. Last month, voters in deep-red Kansas flocked to the polls in record numbers to keep abortion legal there, and pro-choice Democratic candidates have overperformed in recent House special elections in Nebraska and Minnesota.

According to the latest Fox News poll, 55% of Americans disapprove of the Supreme Court’s job performance and 60% disapprove of the decision to overturn Roe. Among women, the same survey showed a 7-point shift toward Democrats on the generic-ballot question since the court’s ruling. From the day the Supreme Court overturned Roe to the day of the Kansas special election, new women registering to vote in the Sunflower State outnumbered new male registrations by 40%, according to Tom Bonier, CEO of data firm TargetSmart, who has found the same sort of “registration gap” in Wisconsin (17%), Pennsylvania (12%), Ohio (11%), North Carolina (7%), Georgia (6%) and Florida (5%).

The theory here is straightforward. Typically, the party that doesn’t control the presidency tends to pick up seats in the midterms because their supporters are really motivated to vote against the president — and the president’s supporters aren’t particularly motivated to vote for more of the same. But abortion may be leveling the playing field because it gives Democrats a reason to turn out as well: to stop a long-established right from being taken away.

“Many [Democrats] feel as though their basic rights are being threatened, something a party’s voters ordinarily aren’t concerned about when it controls both the presidency and Congress,” FiveThirtyEight’s Nate Silver recently explained. “The ‘enthusiasm gap’ often accounts for much of the presidential party’s disadvantage at the midterms, but it’s not clear it exists this year after Roe was overturned.”

Then there’s Trump to consider. Former presidents usually recede into ceremonial irrelevance. But Trump is teasing a comeback run in 2024 while catapulting candidates onto the 2022 ballot who have vowed to change election laws in his favor.

According to the latest Yahoo News/YouGov poll, that’s become another motivating factor for Democrats who might otherwise skip the midterms. A full 72% of them say another Trump term would be “the worst thing that could happen” to America, and far more say that “democracy” is the most important issue “when thinking about this year’s election” than anything else.

Since World War II, the president’s party has only lost fewer than five seats in the House once, in 1962. They’ve only gained seats twice, in 1998 and 2002. In each case, there were extenuating circumstances — some atypical event that boosted the party in power. In 1962, it was the resolution of the Cuban missile crisis. In 1998, it was the first impeachment of a president in 130 years — a move many viewed as partisan overreach. In 2002, it was the Sept. 11 terrorist attacks.

Could 2022 be another anomalous year? If things continue to break for Biden and the Democrats — if prices continue to stabilize; if Republican candidates continue to stumble; if abortion and Trump continue to remain front and center — then it’s certainly conceivable.

But those are some very big ifs.