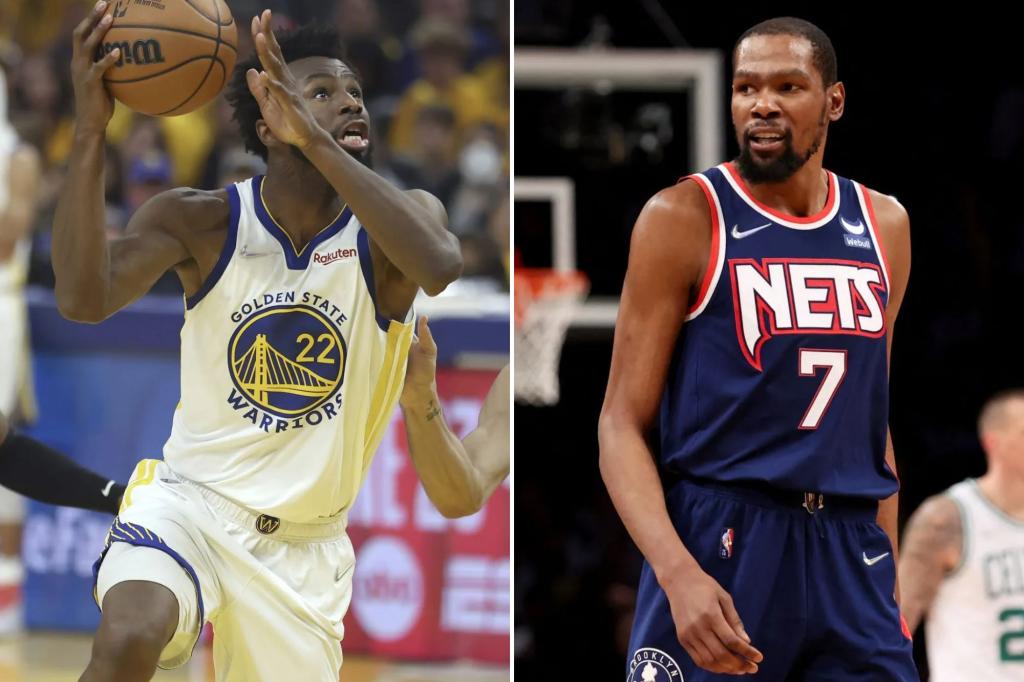 LAS VEGAS — As new reports the Warriors are interested in trading for Kevin Durant pick up, so will speculation about Ben Simmons’ place on the Nets.

A Warriors package posited by ESPN included not just Jonathan Kuminga, Jordan Poole, James Wiseman and a trove of first-round draft picks, but also Andrew Wiggins. And that’s where it gets problematic.

The Nets have made it known around league circles that they want not only a host of picks (the Jazz essentially getting five first-rounders for Rudy Gobert has reset the market and devalued that draft capital), but also young players and an All-Star.

So far, they haven’t been offered a package to their liking. And after reportedly asking the Timberwolves for both Anthony Edwards and Karl-Anthony Towns, according to Yahoo Sports, it’s easy to see why.

But with Durant eyeing Miami and Phoenix, and the cleanest packages offered potentially by Toronto or New Orleans, the Warriors could offer everything the Nets want — with Wiggins and Simmons being the only rub.

The Nets obviously traded James Harden for Simmons, who’d inked a designated rookie max extension with the 76ers. Wiggins is on a similar deal, and while teams are permitted to have two such players on their roster, only one may be acquired via trade.

That means the Nets either would have to loop a third team into the deal, and ship Wiggins there for some sort of return, or they would have to move off Simmons.

Privately, Nets sources have intimated the latter option is unlikely. And when asked if Simmons had gotten assurances he was in the Nets’ long-term plans and would not be traded, a source close to the young All-Star told The Post simply that “Ben is good.”

Of course, the Nets might not have much choice in the matter. Simmons didn’t play at all last season, citing first mental health and then back issues. While he did have surgery and is on schedule to be ready for training camp, according to a source, one league source said there was no chatter about the Nets actively shopping Simmons, while two said there was little market for him.

But while Durant has reportedly gone dark and not talked to other NBA stars, he’s believed to have spoken to the Golden State standouts. If Brooklyn wanted to reunite him with his former Warriors teammates, rerouting Wiggins for a hefty return would make sense.