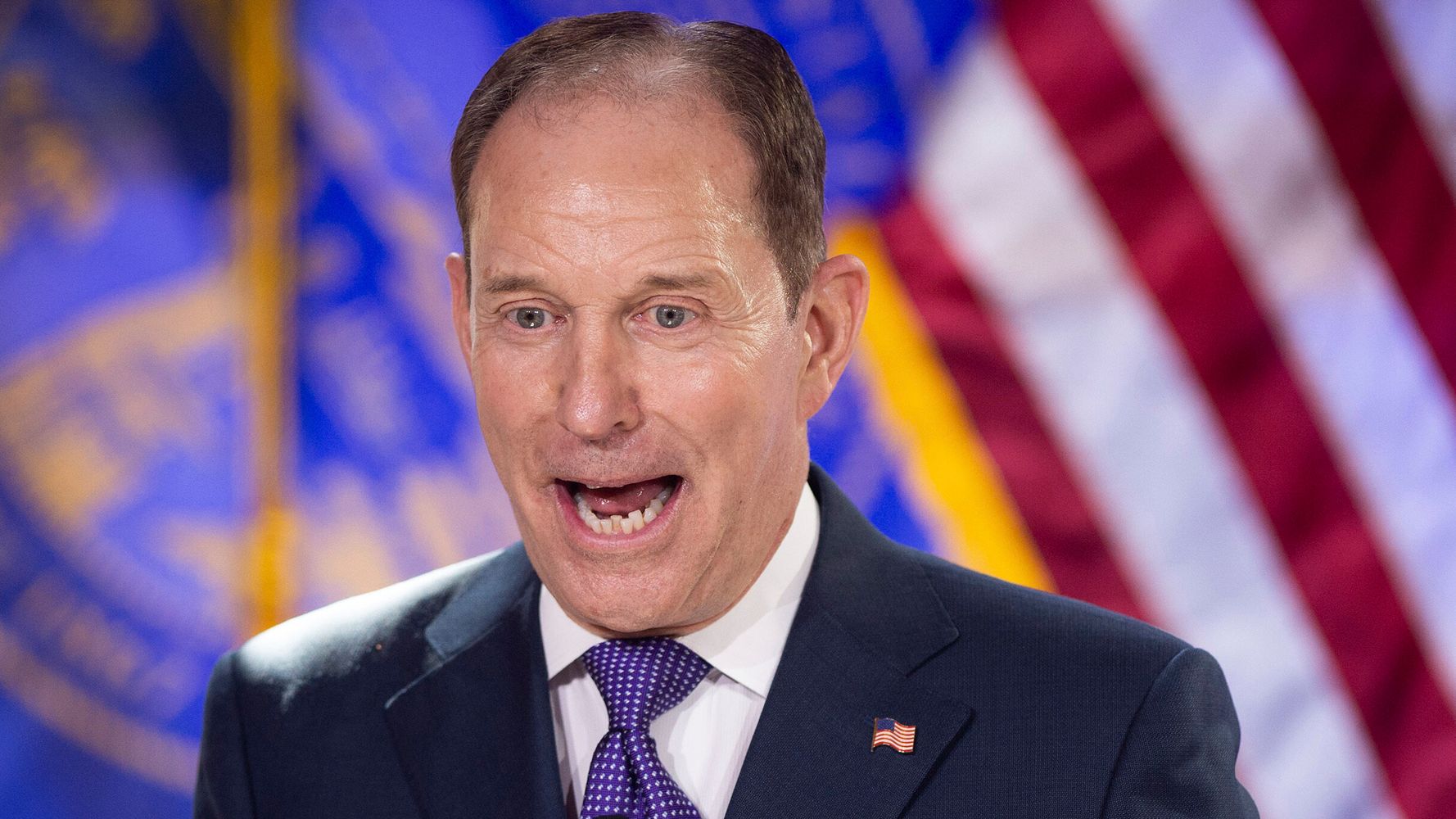 Nebraska GOP gubernatorial candidate Charles Herbster is using TV spots to attack a state senator who accused him of groping her.

The campaign ad makes it appear as if Herbster is running against his “accuser,” GOP State Sen. Julie Slama.

She’s not even in the race.

Yet Herbster ― corporate CEO, sometimes beauty pageant judge and major GOP donor who’s been endorsed by former President Donald Trump — is using the spots to defend himself against her allegation that he groped her at a Republican dinner in 2019. Seven other women have also accused him of the same behavior, the Nebraska Examiner reported.

Herbster has denied the allegations.

The ad compares the accusations against him to the sexual misconduct allegations made against Supreme Court Justices Clarence Thomas and Brett Kavanagh.

The ad also implies that all the groping allegations have been orchestrated by current GOP Gov. Pete Ricketts. He’s not running, either, but doesn’t want Herbster to be governor. Ricketts has urged Herbster to “seek help.”

When the Examiner reached out to Slama earlier this month to discuss the incident, she said she was in shock when Herbster allegedly reached under her skirt.

“I was mortified,” she said. “It’s one of the most traumatizing things I’ve ever been through.”

Slama also said she and others witnessed Herbster grabbing the buttocks of another young woman that night.

The ad notes that after the incident, “the accuser” accepted a campaign donation from him and invited him to her wedding. Slama said the wedding invitation was an accident and defended her other actions.

“I was scared and felt obligated to meet with my attacker, Charles Herbster, because he is my constituent, a Republican mega-donor, and leading candidate for Nebraska governor,” Slama said. “I was terrified that in addition to sexually assaulting me, he would try to ruin my public reputation — which is exactly what he is trying to do now.”

One longtime political observer said he had never seen a Nebraska candidate attack an alleged victim in a paid TV ad.

“Politicians often attack each other, but that’s not what this is doing,” Paul Landow, a political scientist at the University of Nebraska at Omaha, told the Examiner. “This is attacking the victim of a serious crime alleged to have been committed by the politician paying for the ad.”

Terri Poore, policy director of the National Alliance to End Sexual Violence, based in Washington, D.C., criticized the ad for creating an intimidating atmosphere for victims of sexual assault that would make them more fearful to come forward.

“This kind of rhetoric, this kind of language, sets us back,” Poore told the Examiner.

Herbster has sued Slama for defamation; she has countersued for sexual battery.

All 13 female state senators in the Nebraska legislature, including five Republicans, issued a statement earlier this month condemning the “highly credible, corroborated allegations.”

“Sexual assault is despicable and damaging,” the senators said. “This is not a question of politics — it is an issue of character and basic human decency.”

Herbster’s actions “make him unfit to serve,” the statement concluded.