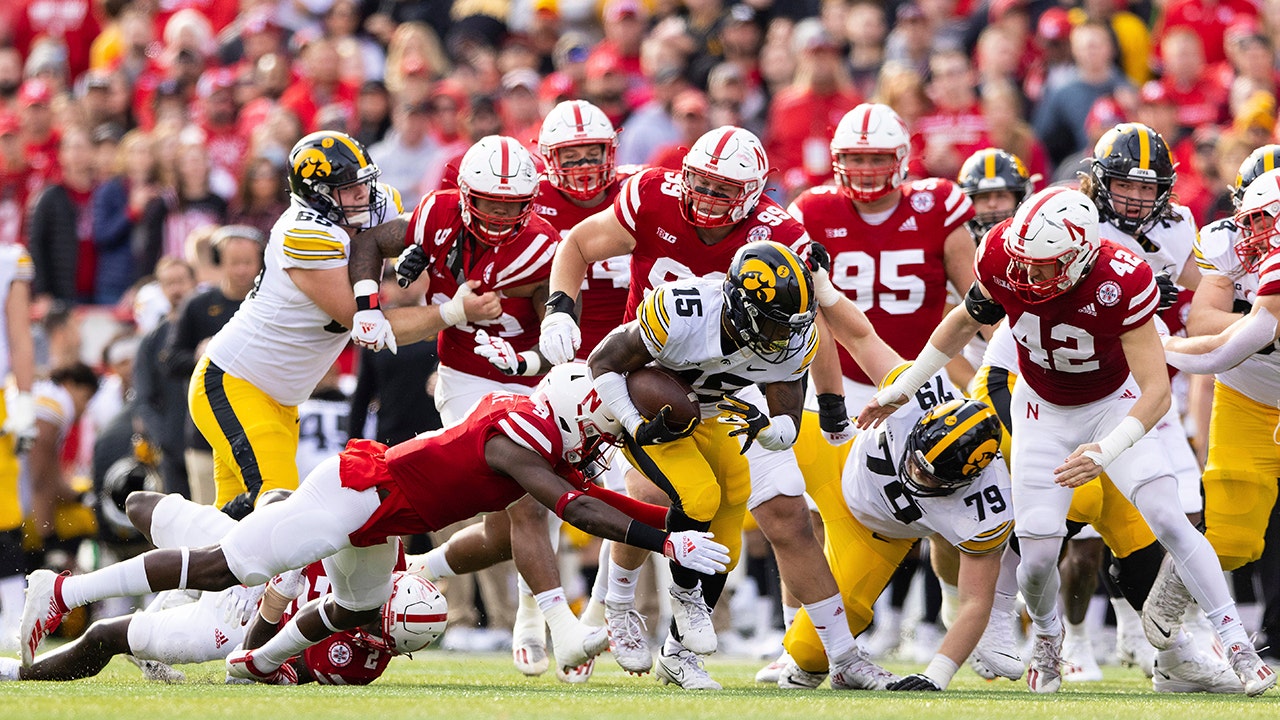 The University of Nebraska will halt its decades-long tradition of releasing balloons at Huskers football games due to a helium shortage.

On Monday, University of Nebraska athletic director Trev Alberts announced the tradition will end at Memorial Stadium during the 2022 football season.

Head coach Scott Frost of the Nebraska Cornhuskers with the team before a game at Memorial Stadium against the Iowa Hawkeyes Nov. 26, 2021, in Lincoln, Neb.
(Steven Branscombe/Getty Images)

“While we’re still concerned about the environmental impact of the balloons, the reality is acquiring helium in today’s day and age, given some of the production of it is really challenged and it’s been hard to get,” Alberts said Monday on the Huskers Radio Network.

“And so we’ve been asked by the university that the helium we are getting as a university we need to use for medical purposes at UNMC [University of Nebraska Medical Center] in Omaha. And so, we are this year not going to be providing the red balloons for the first time at Memorial Stadium.”

Since the 1960s, Nebraska football fans have released red balloons into the sky after the Huskers score their first touchdown of each game.

Iowa’s Tyler Goodson (15) carries the ball as Nebraska’s Marquel Dismuke (9) dives for the tackle during the first half of a game Nov. 26, 2021, at Memorial Stadium in Lincoln, Neb.
(AP Photo/Rebecca S. Gratz)

Alberts said the university will work with Nebraska’s marketing department in trying to find a different way of keeping the tradition alive, possibly with digital balloons.

According to Alberts, the scarcity of helium has to do, at least partially, with the area of the world in which it is produced.

“As we looked into it as an athletic department, it became pretty clear … very limited supply of helium,” Alberts continued. “And it was going to be hard to get, and some of the supply chain issues that are out there right now. I think some of the helium, if I’m not mistaken, is over in Russia.”

Memorial Stadium in Lincoln, Nebraska, is not the first sports venue to pause a balloon releasing tradition.

In April, the Indianapolis 500 announced it would not be keeping with the tradition of releasing thousands of balloons prior to the race due to environmental concerns.

Helio Castroneves celebrates after becoming the fourth driver in history to win the Indianapolis 500 four times at Indianapolis Motor Speedway May 30, 2021, in Indianapolis.
(Jeff Deamn/AFP via Getty Images)

It is the third consecutive year the tradition has been scrapped, with the previous two years mostly being due to the COVID-19 pandemic.

“We do recognize the release has become more divisive in recent years,” Vice President of Communications Alex Damron told the IndyStar in April. “We’ve received significant feedback from groups and individuals opposed to it as well as an increasing number of our fans. Our goal with the pre-race celebration is always to bring people together.”

The Indianapolis 500 is scheduled for May 29.