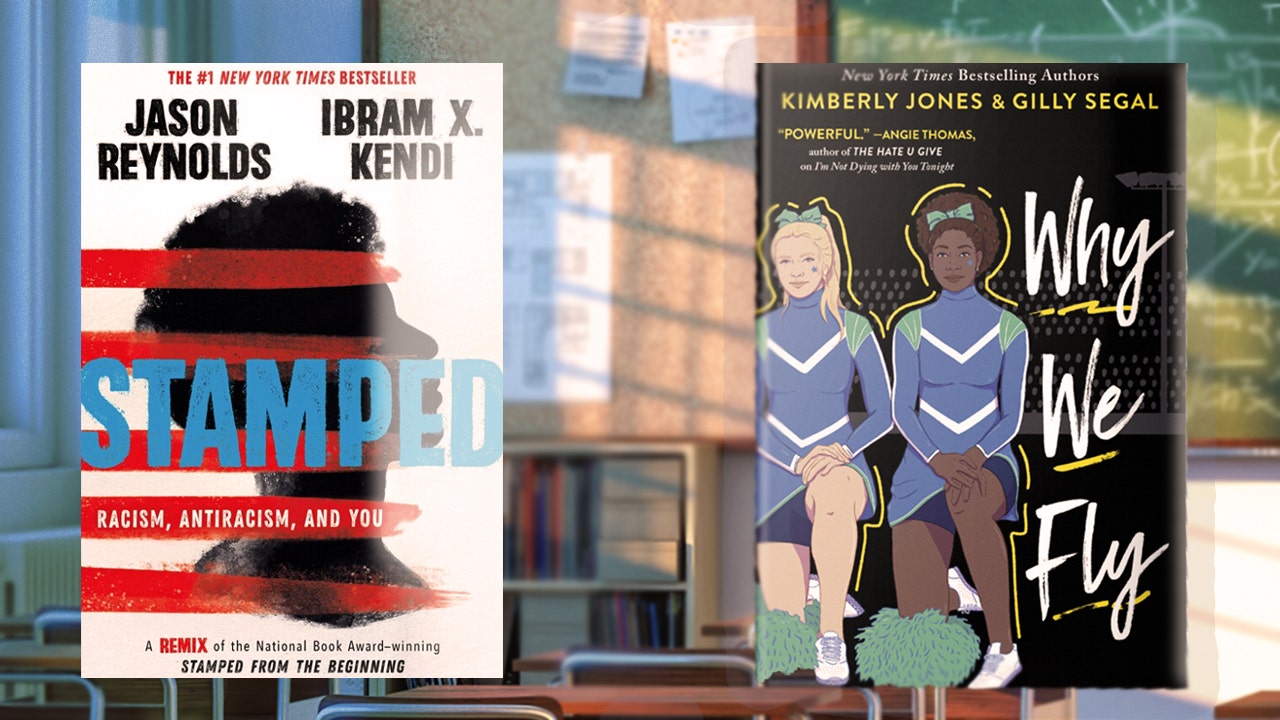 The National Education Associated teachers’ union promoted a book about teenagers kneeling for the National Anthem as part of their August 2022 recommendations. The book also contains scenes where one of the characters gets high on marijuana.

The book, “Why We Fly” discusses how two girls on a cheerleading team, Leni and Chanel, stage a protest during the National Anthem. The book’s authors said they were inspired by Colin Kaepernick taking a knee to protest racial injustice.

“After reading, ask [your students to] discuss how an event can be interpreted multiple ways and how their experiences, beliefs, and place in the world shape how they view and feel about events and how they communicate them,” the NEA said about how teachers should conduct the lesson.

“As the first strains of the anthem begin, we all look to Leni, who signals with one pom-pom and then drops until one knee touches the grass. We fall like a line of dominoes, one by one, just as we’d planned… My head is buzzing. It feels good to have my entire team kneeling solidarity beside me,” the book said.

The book also depicts Chanel getting high from a weed pen in a school locker room. “I unzip my bag… and take out… my vape pen… I exhale a steam of vapor just as the door swings open.”

A student named Marisol then realizes what she was doing but promises not to out her. “Well-behaved women rarely make history,” she said.

A student in the book is depicted trying to hide her drug use from her parents.
(Fox News Digital )

“Oh, s—. you’re right. I guess I need to check my internalized misogyny. Don’t ever let anyone tell you how to behave,” Chanel said.

On another occasion, Chanel is depicted getting high and concealing her drug use from her parents. “I… pull out my vape pen, and press the button. The layer of stress that had settled on my shoulders lids off of me.”

When her parents come home unexpectedly, Chanel begins spraying air freshener to hide it from them. “I don’t want to be trapped… with them while I’m high,” Chanel thinks to herself. “I… run down the stairs hoping the rush of wind will remove any remnants of my recent activity.”

One of the discussion questions the NEA recommended teachers ask students is “What examples of… racial privilege can you identify from the book? From your own experiences?”

“Kneeling is both an act of defiance and resistance, but also of reverence, of mourning, [of] honoring lives lost,” said a page linked by the NEA. It went on to suggest that teachers should ask “According to this quote, what is the symbolism of kneeling?” and “Why might people choose to kneel as a form of protest?”

The authors’ note in the book praises Colin Kaepernick for taking a knee during the National Anthem when he was a quarterback for the San Francisco 49ers.

“With all these significant moments in sports and cultural history swirling in our heads, we decided to tell the story of two friends on a high school cheerleading team who choose to kneel during the anthem,” the authors, Kimberly Jones and Gilly Segal, said.

Fox News Digital reached out to the NEA for comment but did not receive a response.

Another book the NEA recommended as part of a racial justice theme is based on the work of Ibram X. Kendi. The book is called “Stamped” and teaches that America is a systemically racist country and takes students on “on a race journey.”

“The most addictive drug known to America. Racism. It causes wealth, an inflated sense of self, and hallucinations,” the book said.

Hannah Grossman is an associate editor at Fox News Digital. Story tips can be sent on Twitter: @GrossmanHannah.