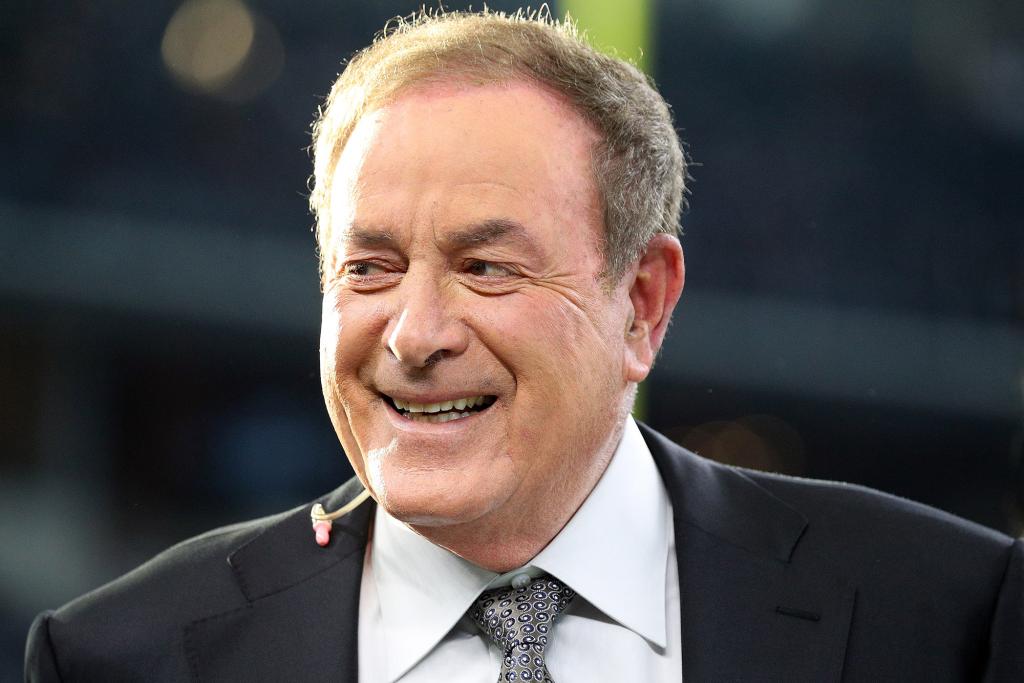 But he almost wasn’t a Prime member.

During the frenzied game of musical chairs around the top NFL broadcast booths this offseason, Michaels told The Post, he “probably” would have ended up at ESPN with Troy Aikman if Joe Buck had not landed there.

When Buck quickly reunited with Aikman for Monday Night Football, the Fox Sports lead job opened — with the enticing prospect of calling two of the next three Super Bowls.

With that in mind, The Post has learned, Patriots owner Robert Kraft, who is chairman of the NFL’s broadcasting committee, reached out to Rupert Murdoch to try to land Fox’s top NFL play-by-play job for Michaels.

“When Kraft did that, I think it was more in terms of [Fox] has the Super Bowl two of the next three years and we want somebody [experienced],” Michaels said.

Rupert and Lachlan Murdoch chose to let their top sports programming and production executives, Eric Shanks and Brad Zager, make the decision on their next No. 1 play-by-player. They stayed in-house with the 48-year-old Kevin Burkhardt over the 77-year-old Michaels.

Fox Sports declined comment. An effort to speak to Kraft was unsuccessful.

Michaels also tried to keep his NBC gig, despite the fact that Mike Tirico was waiting in the on-deck circle, which was understandable from Michaels’ point of view. He is probably the greatest NFL TV play-by-player ever, and he is still throwing 92 mph. Those efforts did not work, though Michaels will call a playoff game for NBC this season.

Michaels does seem comfortable and excited with launching Amazon’s TNF package, even if there is a tinge of disappointment that after Tom Brady-ing the field he likely will never call another Super Bowl.

The Post first reported that Amazon wanted Michaels in June 2021. A potential deal moved to the 1-yard line, where it remained for a long time as Michaels assessed all of the networks’ positions on the chessboard. He had to grapple with NBC moving on from him in his beloved role as the lead voice of “Sunday Night Football,” which has perennially been the top-performing show in primetime TV.

After 15 years with Michaels manning the SNF booth, NBC had Tirico, the former voice of MNF and Bob Costas’ successor on the Olympics, itching for the top spot.

“Tirico was going to be brought in in 2016 to do Thursday night,” Michaels said. “Then [Roger] Goodell put the kibosh on that. NBC thought [Goodell] said [Tirico] could [call Thursdays, but the league wanted NBC’s No. 1 crew in that spot]. I wound up doing more games that year.

“The following year, I called Goodell and Kraft, who is head of the TV committee, and said, ‘Guys, if you want me to continue on Sunday night, I can’t do this double-duty stuff,’ which was another way to get Tirico in there. He did ’17. Then [NBC] thought they would have Thursday night going forward. Fox gets it. Mike wanted to do the NFL. My deal was coming up.

In a little sliding-doors twist that changed this story, CBS and NBC swapped Super Bowls in 2021 and 2022 for advertising reasons related to the Olympics. Michaels’ final year with NBC and final Super Bowl was scheduled to be in ’21, but, after the network trade, Michaels went one more season with NBC and finished with the hometown Super Bowl in L.A. this past February.

(Pure informed conjecture: Without the Super Bowl switcheroo between CBS and NBC and with Amazon still not having its own NFL package last season, Michaels likely would have ended up with ESPN’s Monday Night Football to start 2021-22.)

Anyway, back to what actually happened:

Though Kirk Herbstreit may be the perfect partner for Michaels at this stage of Michaels’ career and the duo is already hitting it off, Michaels loves his longtime NBC partner Cris Collinsworth. Collinsworth did not want to do double duty with TNF, and Amazon wanted to put its own mark on things.

Aikman was a leading candidate to be paired with Michaels on Amazon. Michaels really liked the idea of teaming with Aikman for his experience and Hall of Fame resume.

When Aikman took ESPN’s five-year, $90 million offer, Michaels was enticed by the idea of joining forces with Aikman there and returning to his Monday Night Football roots. If Buck didn’t leave Fox, would Michaels have gone to ESPN?

“I’m probably there,” Michaels said. “Let’s put it this way: I was in their sights. I know that, and you knew that, too. Yes. Could I have made a deal there? I don’t know.”

With Buck gone, Fox did have internal discussions about Michaels. Those Super Bowls were two big steaks for the famously vegetable-averse Michaels.

“At one point, somebody called me, not from Fox, and said, ‘Fox is going to come after you,’” Michaels said. “But they didn’t.”

Kraft did call Rupert Murdoch on Michaels’ behalf, which raised the hope of Michaels breaking his tie with Pat Summerall, who also called 11 Super Bowls.

“That would’ve been interesting,” Michaels said.

With Amazon, though, there are some big advantages, beginning with the fact that it was able to bring in Michaels’ longtime and respected Sunday Night Football producer, Fred Gaudelli, to lead the game coverage. All along, Amazon’s ability to add Gaudelli was a big carrot for Michaels.

“Oddly, in concert with [NBC transitioning to Tirico], the Amazon thing comes up,” Michaels said. “Fred starts talking about how he’s going to do Amazon with me. I said, ‘Seriously?’ I didn’t think that was a possibility. Now, the fact he was able to come over, that made this a different thing to look at for me. It did. If Fred had not been producing this, I may have been scared away is the way to put it, because I’m sure there are other great producers out there and probably a young guy that is going to be the next Gaudelli. I wanted the real guy. And I got him. Fred had told me we are going to bring a lot of our people over. Some of the crew, production crew, and all that. That was a source of comfort. I was not ready to retire.”

He didn’t sound like it Thursday, which for Amazon is all that matters – even if it wasn’t exactly two-day shipping.

Apple’s MLB deal is for tip money compared to what Amazon is paying for the NFL, but Apple went with a bit gimmicky three-person MLB booth to introduce the platform to American sports fans. Amazon featuring Gaudelli producing Michaels, Herbstreit and sideline reporter Kaylee Hartung — not unexpectedly, when you think about it — feels like the quality of NBC’s SNF. Different is fine — in the Apple baseball booths, Melanie Newman has potential, Stephen Nelson has some chops, and analysts Hunter Pence and Chris Young give a fresher perspective — but different also has to be better. This is especially true when you are trying to start a new relationship with an audience. … MLB Network’s “MLB Tonight” will air live from Citi Field on Wednesday at 5 p.m. before the Mets-Dodgers game with Brian Kenny hosting. Bob Costas and Tom Verducci will have the game. Last Monday, Yankees-Mets on MLBN got a big number with 424,000 viewers, which is the most for one of its “Showcase” games since Aug. 2019, when Yankees-Red Sox picked up 472,000 viewers. These numbers are for non-exclusive games, meaning they were also on local television, which makes them more impressive. … Everyone wants to cover sports media! Fox Sports’ lead NFL producer, Richie Zyontz, will write a weekly “Behind the Scenes” column for the network’s website. It could be good with Burkhardt and Greg Olsen in their first year. But, if you want to make it sing, Richie, you have to break some news.

State of the SAS

Stephen A. Smith has added a three-episodes-per-week podcast with Cadence 13 because he doesn’t have enough airtime. We kid. Smith will hit on politics, entertainment and whatever else is on his mind. Smith has been public about his desire to host a late-night talk show. Though sports is still his bread and butter ($12 million a year from ESPN), it is not hard to see that he wants more outside of sports. What happens on his next ESPN deal could be very interesting.