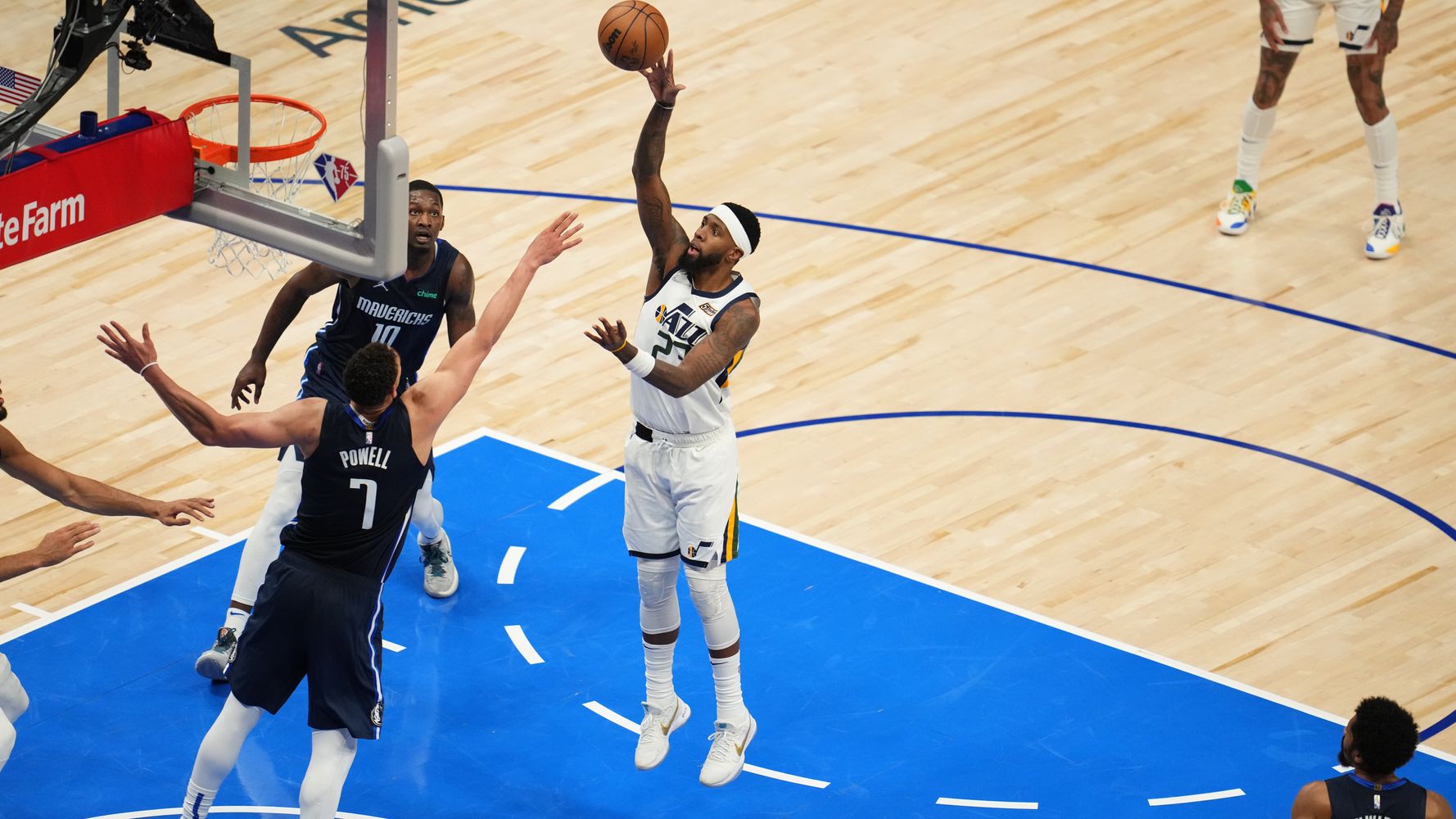 Royce O’Neale might want to save his best moves for the next NBA season instead of using them on his mother. (Watch the clip below.)

In a now-viral video, the new Brooklyn Nets player’s spin maneuver on his mom Deborah Kingwood left her sprawled out on the court in their recent one-on-one game at his basketball camp.

In O’Neale’s defense, his mom was playing aggressively, leaning on her son to stop his progress to the hoop. His juke let her momentum take her to the floor.

As Kingwood was lying on her back, O’Neale scored the basket. Then he walked over and raised his arms in triumph while he stood over her.

It was all in fun, though, and Kingwood was apparently OK ― and perhaps ready to dole out some punishment of her own.