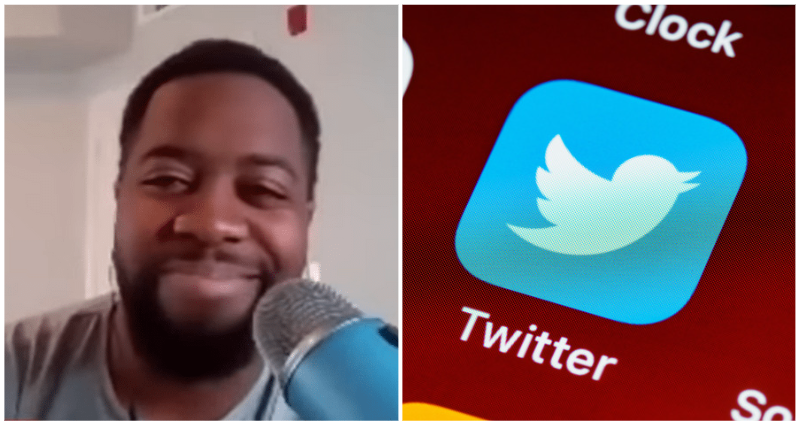 Mark Haynes, a beat reporter covering the Golden State Warriors, was put on indefinite leave after a group of angry fans unearthed his past homophobic, sexist and racist tweets.

Haynes caught the ire of Warriors fans after he answered a question about Warriors point guard Steph Curry being a “frontrunner” – someone who only celebrates and performs well when their team is in the lead – during the recent Western Conference Finals Game 3 against the Dallas Mavericks on Friday night, which saw the Warriors win with a final score of 126 to 117.

“Why was Curry [a] frontrunner today?” someone asked Haynes during a live audio conversation via Twitter Spaces.

“Yeah, he definitely was frontrunning today,” the reporter replied, further explaining that “the game was over… they wanted to keep him in the rhythm.”

Haynes’ comment caused outrage among some fans on Twitter, prompting cyber sleuths to uncover some of the reporter’s past offensive tweets. Many of his remarks targeted members of the Asian community.

“A lot of asian people look like lawrence fishburne,” Haynes wrote in one of his now-deleted tweets.

“I wonder how Indian women get that diamond dot on they head super glue? #ImSerious not bein funny,” he wrote in May 2011.

“Cuz they ain’t straight if you put yo d*ck in a tr*nny you gay period,” he wrote in a reply to a tweet by @InBrittWeTrust in January 2014.

ClutchPoints, one of the reporter’s employers, issued a statement on Monday to announce that he has been put on indefinite leave.

“ClutchPoints has a zero-tolerance policy on any such behavior and actions,” the statement read. “What Mark Haynes tweeted is incredibly inexcusable and not indicative of ClutchPoints’ beliefs and values.”

“We’ve put Haynes on an indefinite leave as we assess the situation,” the statement continued, adding that Haynes will reportedly “strive to amend his mistakes.”

“I fully understand that words have power and consequence, and regretfully my words during a dark and immature chapter of my life were not only ignorant, they were harmful and reckless,” Haynes’ statement read in part. “I take full accountability for my actions and the hurt caused as a result. I should have been better, but I wasn’t and I must own that.”

“I sincerely apologize to those that I’ve hurt, triggered or brought unnecessary trauma and pain,” he continued. “I was wrong. … Each day, I try to live by the true values that were instilled in me and those that we teach our small children – to show love, kindness, empathy and acceptance. Values that I am ashamed to admit that I strayed from for too long. I will work daily to exemplify these values to repair the trust and confidence that I’ve damaged. I am committed to this journey of meaningful personal growth, not simply in words, but in action.”