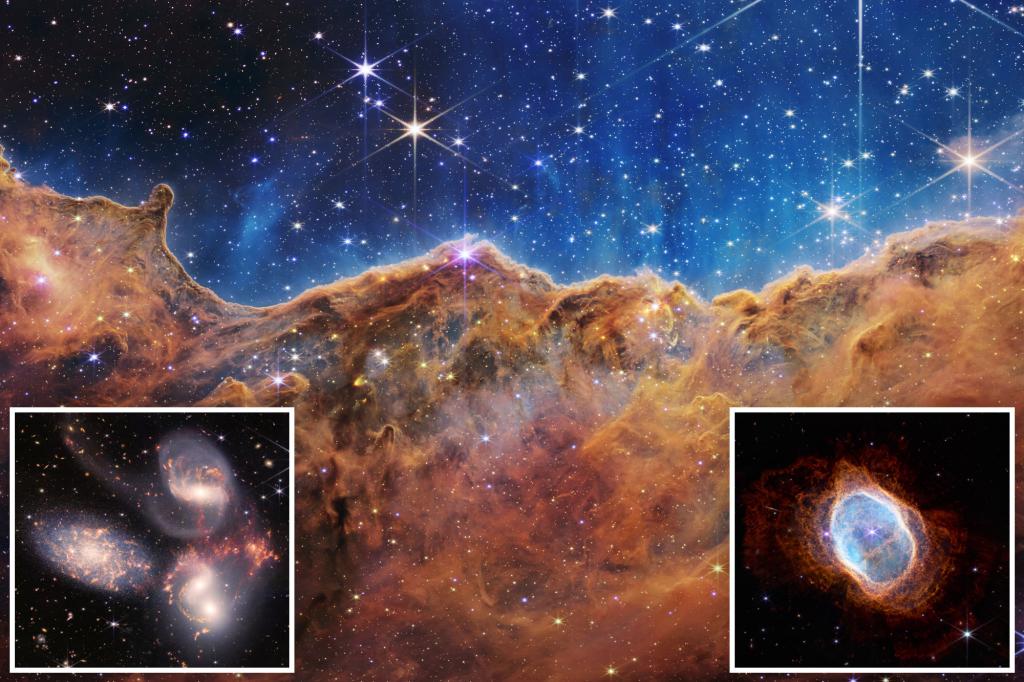 A new batch of stunning photos from NASA’s James Webb Space Telescope were unveiled Tuesday, providing a never-before-seen window into the universe and its countless galaxies.

President Biden released the first image from the $10 billion telescope on Monday, wowing Americans with images of light from the oldest galaxies dating back more than 13 million years.

In one, NASA’s Webb captured a dying star’s final “performance” in insane detail. The telescope shows the Southern Ring Nebula star surrounded by a massive circle of gas.

Webb notably located an exoplanet more than 1,000 light-years away that showed evidence of water vapor in the planet’s atmosphere, the Space Telescope Science Institute said.

The telescope was deployed on Christmas Day last year and is already some one million miles from Earth. It was launched from French Guiana in South America, and is the biggest and most powerful of its kind ever used.

In another image released Tuesday, the machine showed five galaxies named Stephan’s Quintet, and four of them interact with one another. The galaxies push and pull each other with gravity, NASA said.

Webb’s images represent a new era of space exploration, as the telescope succeeds the Hubble Space Telescope and provides new images of the cosmos in much greater detail.

The Hubble was launched in 1990 and stared as far back as 13.4 billion years.

“6.5 months ago a rocket launched from Earth carrying the world’s newest, most powerful deep space telescope on a journey 1 million miles into the cosmos,” Biden said Monday. “Put together it’s a new window into the history of our universe. Today we’re going to get a glimpse of the first light to shine through that window. Light from other worlds, orbiting stars far beyond our own, it’s astounding to me.”