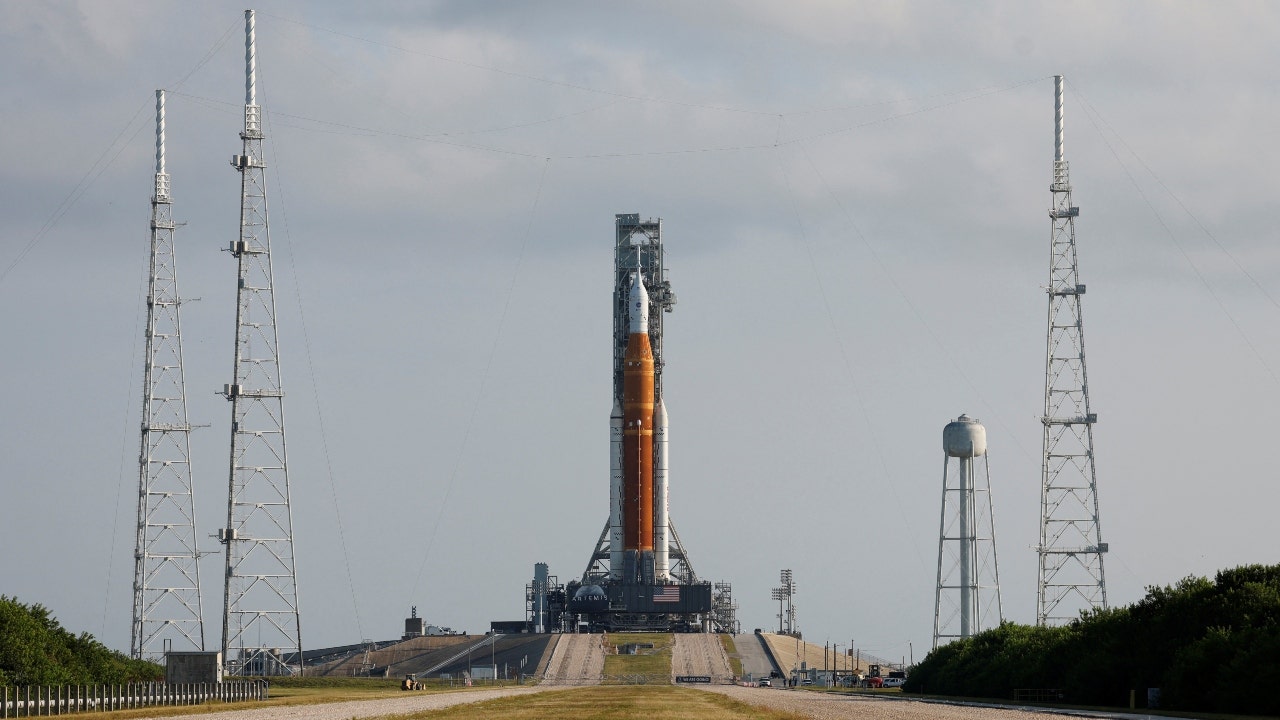 NASA will try to launch Artemis I again on Saturday after it had to scrub Monday’s attempt due to issues with the moon rocket’s engine, Mission Manager Mike Sarafin said at a press conference.

The much-anticipated mission is the first in NASA’s project to establish a long-term presence at the moon, 50 years after the last Apollo mission.

Weather could be a factor in Saturday’s planned launch at Kennedy Space Center in Cape Canaveral, Florida, with showers and a few thunderstorms projected to move into the coast.

“I’m optimistic that we’ll have at least some clear air to work with during the afternoon attempt on Saturday,” weather officer Marc Berger said at the press conference Tuesday. “However, again, the probability of weather violation at any point in the countdown still looks to me rather high.”

UFOS HAVE LANDED IN CONGRESS, WHERE LEGISLATION ADDRESSING THEM WILL BE CONSIDERED

Thunderstorms delayed Monday’s attempt by about an hour, then NASA had to halt the countdown when teams couldn’t get the four RS-25 engines to the proper temperature for liftoff.

“We’re in the mode now of processing the data that we got and updating our approach prior to the next launch attempt. I’m confident of where the team’s headed,” John Honeycutt, Space Launch System Program manager, said Tuesday.

Artemis I and the Orion spacecraft shortly before rollout to the launch pad as seen from the high bay level inside the Vehicle Assembly Building at Kennedy Space Center, Florida, Launch Complex 39.
((Joe Burbank/Orlando Sentinel/Tribune News Service via Getty Images))

The first mission is unmanned, but NASA aims to send astronauts in its Orion spacecraft to fly around the moon as soon as 2024.

A two-person lunar landing could happen as soon as 2025.