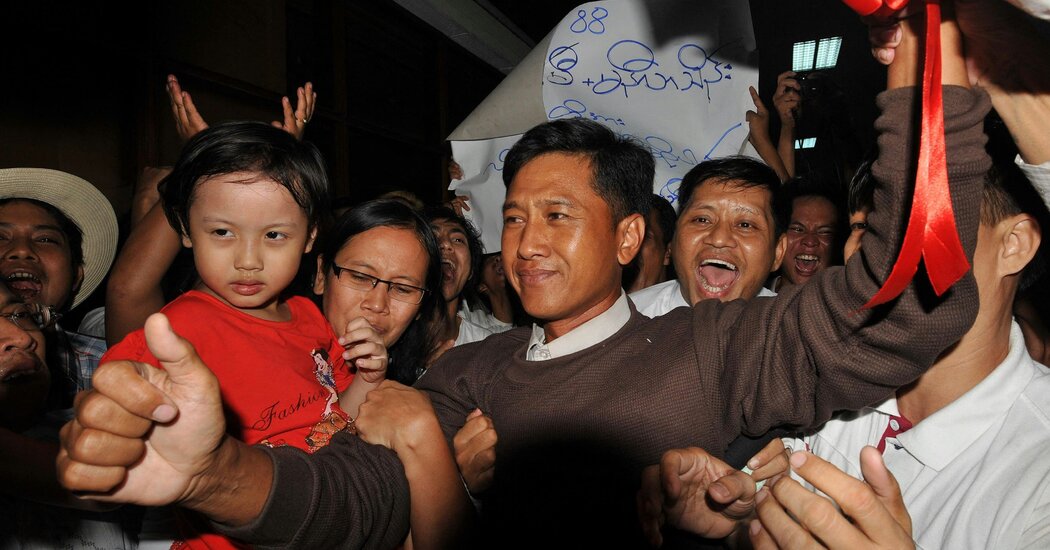 Myanmar’s military regime, which seized power in a coup last year, announced Monday that it had executed four pro-democracy activists, including an ousted member of Parliament, for what it called “brutal and inhumane terror acts.” They were the country’s first executions in more than 30 years.

The four men, including the popular activist U Kyaw Min Yu, better known as Ko Jimmy, and U Phyo Zeya Thaw, a former hip-hop artist who was elected to Parliament, were previously sentenced to death during closed-door trials in a military court without attorneys present. They were executed in secret on Saturday.

All four men had been held at the notorious Insein Prison on the outskirts of Yangon, Myanmar’s largest city. Members of the prison staff confirmed that the executions had taken place and that the four were executed by hanging.

The other two activists executed were U Hla Myo Aung and U Aung Thura Zaw.

Family members, who said they were not notified of the executions, went to the prison Monday morning to confirm that they took place and to try to recover the bodies. Relatives had been allowed to speak to the men by video on Friday.

The military, which previously ruled the country for nearly half a century, has faced massive protests and a growing armed rebellion against its rule.

Since ousting elected officials in the Feb. 1, 2021 coup, the regime has tried to crush dissent by arresting opposition leaders, gunning down unarmed protesters, bombing resistance encampments and burning thousands of homes. But it has been unable to subdue the resistance forces, who, along with armed ethnic groups that have been battling the military for years, claim to control about half of the country’s territory.

Among the nearly 12,000 political prisoners being detained is the ousted civilian leader Daw Aung San Suu Kyi, 77, who has been convicted on half a dozen charges and sentenced to 11 years in prison. She faces 13 more counts that carry a maximum cumulative sentence of more than 180 years. Last month, she was transferred from house arrest to Naypyidaw Prison, where she is being tried in a prison courtroom.

“My heart goes out to their families, friends and loved ones and indeed all the people in Myanmar who are victims of the junta’s escalating atrocities,” he said. “These depraved acts must be a turning point for the international community.”