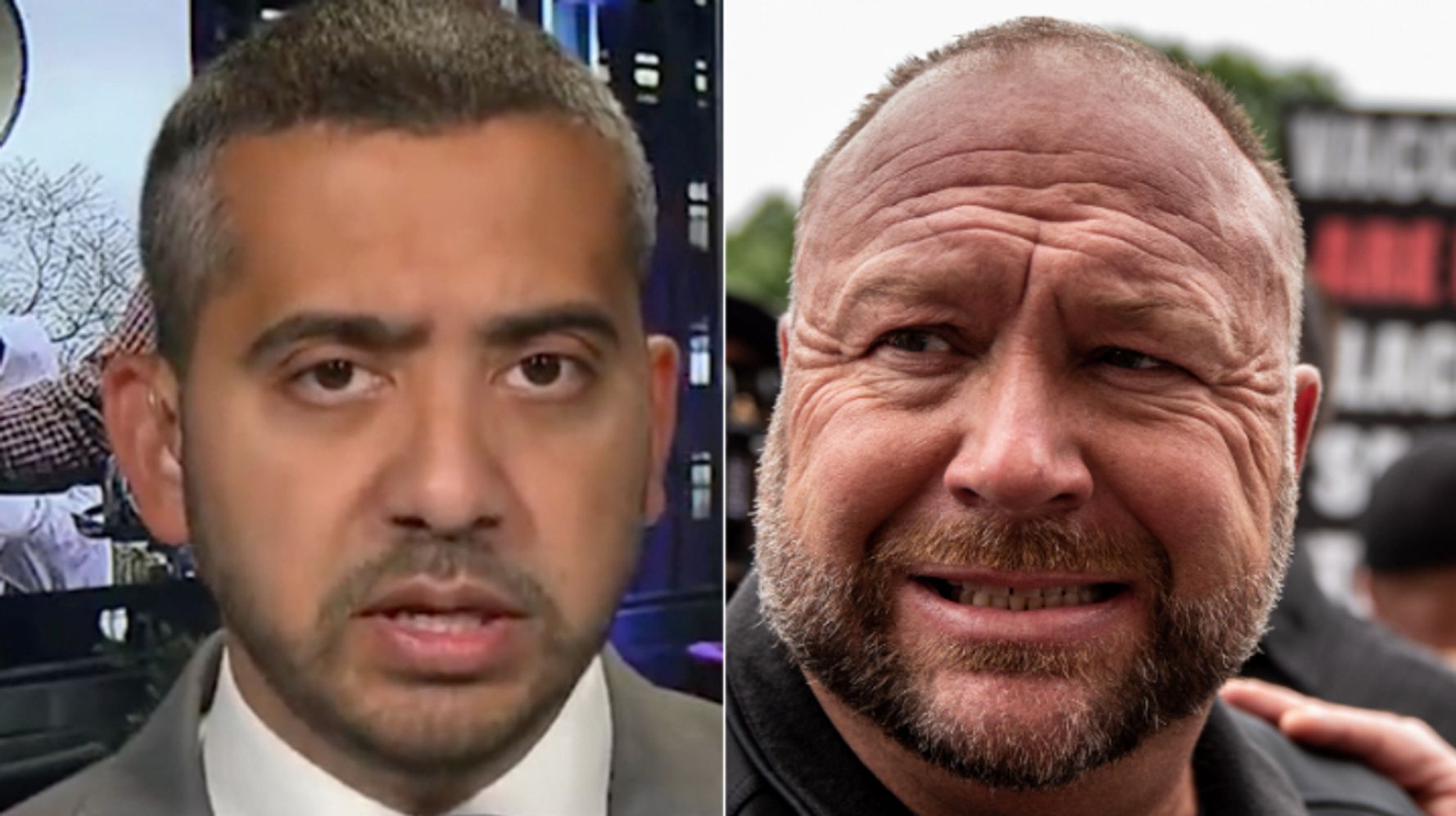 MSNBC host Mehdi Hasan warns not to dismiss right-wing conspiracy theorist Alex Jones just because of how out-there his rantings and ramblings are.

Jones, he said, has real influence.

“His ravings are untethered from reality, yes, but with each viral broadcast he infects more Americans with his hate and his paranoia,” Hasan said, then played a clip of some of Jones’ more unhinged moments.

Jones just lost a series of rulings that will cost him more than $45 million for his lies about the Sandy Hook massacre, and is known for mixing racism, anti-Semitism, Islamophobia and more into his conspiracy theories.

Yet as Hasan noted, Jones has been embraced by some of “the most powerful figures within the U.S. conservative movement” including Donald Trump and Tucker Carlson.

“If you want to understand just how far the modern MAGA-led GOP has gone off the rails, all you have to do is look at the way they embraced Alex Jones ― Alex Jones! ― and brought him in from the fringe,” he said.

See his full segment below: