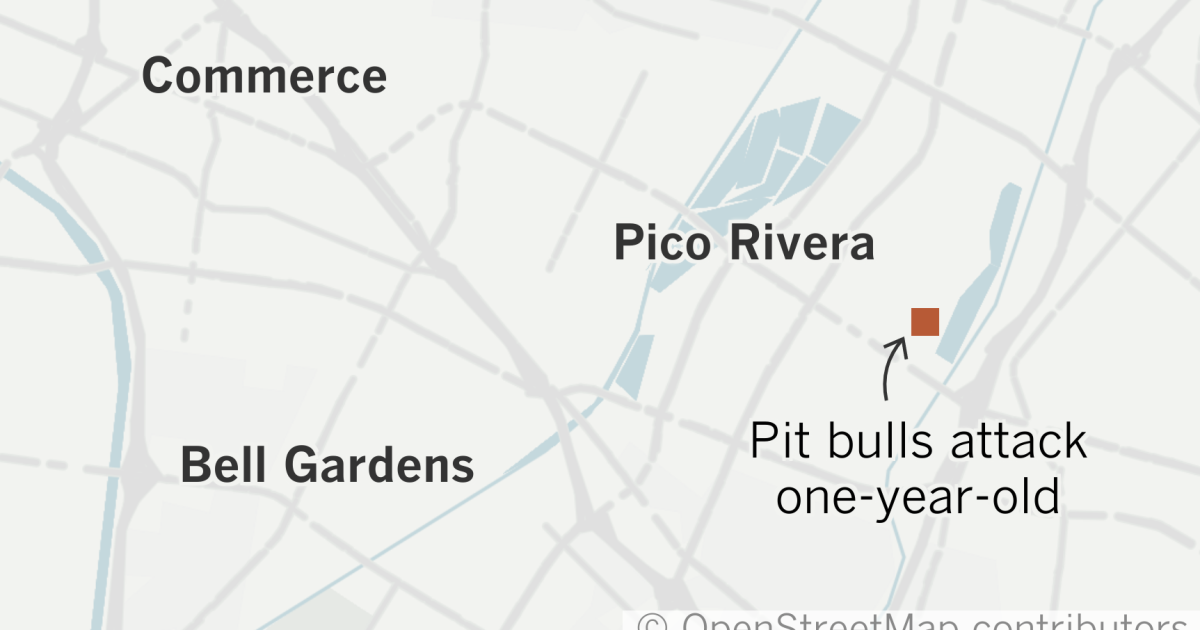 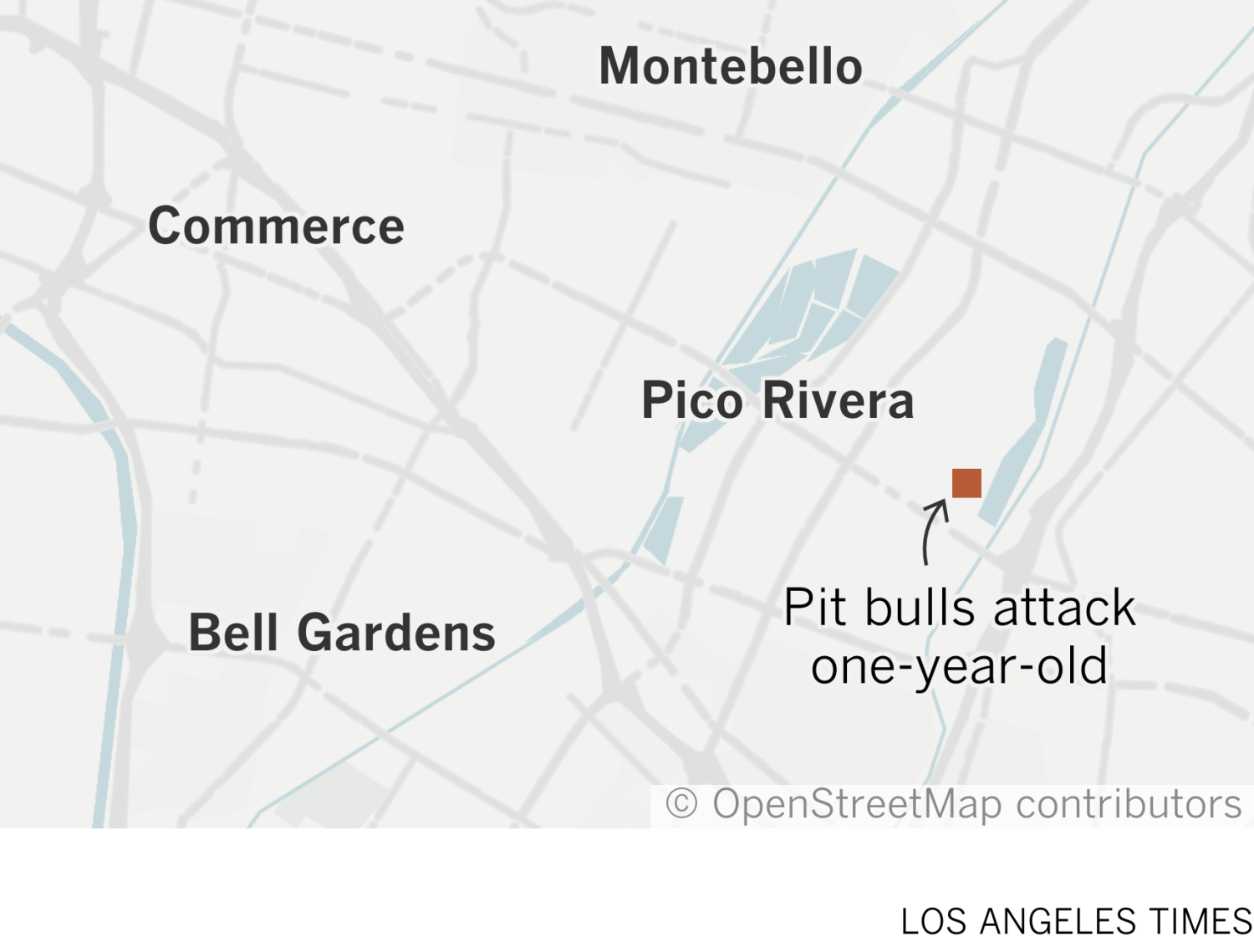 A dog attack in Pico Rivera late Sunday night left a mother and her 1-year-old daughter injured, and the woman stabbed to death one of the animals to save her child.

Deputies received a call at 10:18 p.m. reporting a dog bite in the 9600 block of Homebrook Street, according to Los Angeles County sheriff’s spokesperson Miguel Meza.

Authorities said at least one of the dogs — described as pit bulls — bit the toddler when she started crying. Other family members tried to pull the dogs off, the toddler’s grandmother Margaret Ann Morales told ABC-TV Channel 7.

“I walked into the kitchen, and that’s when I saw my two daughters and my son on the floor trying to get the dogs off,” she told the station.

The toddler’s mother, Jamie Morales, told KTLA-TV Channel 5 that the dog had her daughter by the leg. Morales said her face was bitten and her hands cut open as she tried to free her daughter.

“I had to stab the dog. … I had to,” she Morales told the station. “It was either him or my daughter, and I chose my daughter.”

Both pit bulls were stabbed during the attack, and one of them died at the scene, authorities said.

The Southeast Area Animal Control Authority also responded to the scene and took the animals into custody, sheriff’s officials said. Representatives from the agency were not available Monday morning for comment.

Pit bulls were responsible for 67% of all fatal attacks by dogs between 2005 and 2020 even though they make up only about 6% of the U.S. dog population, according to the website DogsBite.org. They were also 48% more likely than other breeds to attack without provocation and are responsible for a disproportionate infant fatality rate, the organization reports.

Authorities said that the mother and her daughter were taken to Los Angeles County-USC Medical Center after the attack. The girl is undergoing surgery for injuries to her arm and upper shoulder, officials said.