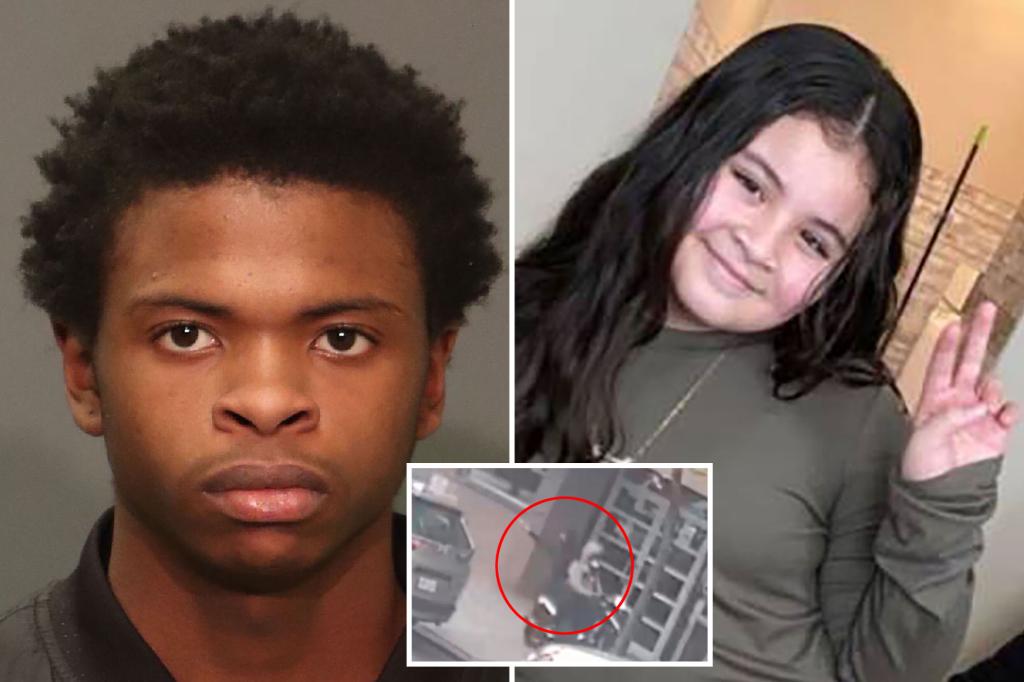 The young man who cops say was driving the moped from which an armed 15-year-old fatally shot 11-year-old Kyhara Tay with a stray bullet last week turned himself in to the NYPD Monday, cops said.

Omar Bojang, 18, was with his lawyer when he walked into the NYPD’s 41 Precinct station, an NYPD spokesman said.

Police had earlier identified him as the man who was driving the moped on May 16 when Matthew Godwin was trying to shoot a 13-year-old rival – but instead shot Tay in the stomach just before 5 p.m., police said. She was visiting a nearby nail salon.

Godwin was caught Friday hiding out in a hotel with his mom, officials said.

He was taken into custody at 2 a.m. at Hotel 95 in the Harding Park area of the Bronx, where the family had checked in the night before, officials said at an earlier news conference.

Godwin was hit with charges of murder, manslaughter, and two counts of criminal possession of a weapon, all as an adult.

Police were asking for the public’s help in locating Bojang, who was previously being sought for possible involvement in a series of Bronx robberies where the perpetrators lured victims using social media and then robbed them at gunpoint, police said.

Bojang has been shot in the leg in two separate incidents, according to authorities. Charges against Bojang were pending as of Monday afternoon.

The dead girl’s mom, Yahisha Gomez, previously told The Post she was not interested in hearing the killer’s name.