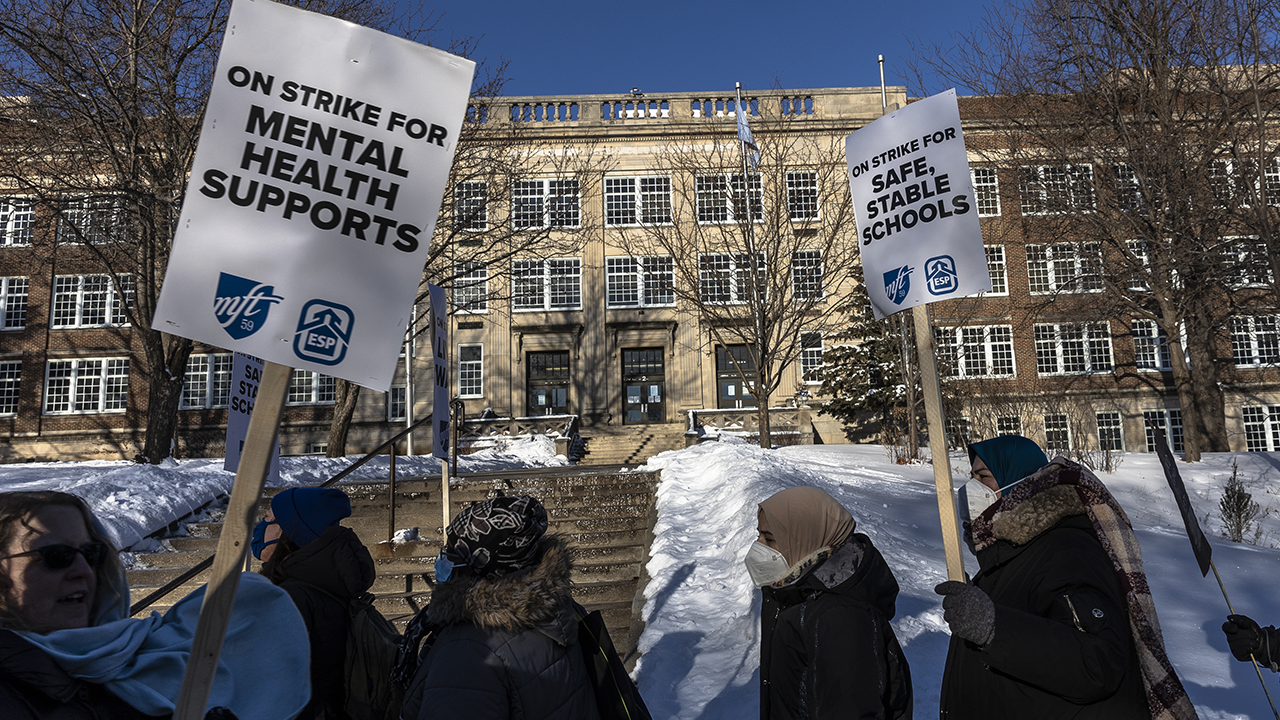 A school board candidate in the Minneapolis school district said she understood a policy designed to retain teachers of color by exempting them from seniority-based layoffs, but it would not ultimately do enough to increase diversity in the school district.

“There’s not a lot of teachers of color, so I understand why that policy would be important,” Laurelle Myhra, who is running for school board in Minneapolis, told Fox News Digital. “However, the number of positions that are vacant, and the number of people of color leaving the district is pretty high, so it’s a bigger issue.”

An agreement between the Minneapolis teachers union and school district to exempt teachers from “underrepresented populations” from seniority-based layoffs has come under fire, with critics calling it unconstitutional and illegal. Both the school district and teachers union have stood behind the policy, saying it is designed to reverse past racism in the district.

On her campaign website, Myhra notes that “students do not see enough administration, staff and teachers that look like them or represent their communities.” Solving this problem, she said, would require supporting minority teachers.

“A lot of people are leaving, and that has to do with the lower wages and pay equity in the area,” she said.

In addition to increasing teacher pay, Myhra said training and supporting teachers from underrepresented populations in the school district would improve retention, citing her own experience as a person of color in majority-White organizations.

“I personally have felt unsupported, I don’t think it’s intentional, but I think it happens when people don’t understand, or they don’t see, the systemic racism, or the underlying issues of how racial disparities play out, or how they impact somebody on an individual basis,” she said.

Myhra said that racism can be “embedded within the policies and procedures” of organizations, so attracting and retaining teachers of color would require an “overhaul in the attitude and atmosphere and comfort for those teachers.”

Greta Callahan, president of the teachers unit at the Minneapolis Federation of Teachers, said controversy over the policy is “all made up by the right wing,” adding that the union “could not be more proud of this language.”

MINNEAPOLIS TEACHERS UNION DEFENDS RACE-BASED LAYOFF POLICY AMID BACKLASH: ‘MADE UP BY THE RIGHT WING’

Minneapolis teachers gather in front of the Davis Center to picket on the 10th day of the teachers strike in Minneapolis, Monday, March 21, 2022. (Jerry Holt/Star Tribune via AP)
(AP)

Callahan also said the agreement did not go far enough, saying it was a “tiny, miniscule step,” but “doesn’t solve the real crisis we’re in right now.”

The agreement has come under fire from lawyers and education experts for potentially violating Title VII of the Civil Rights Act and the Equal Protection Clause of the Constitution.

Cristine Trooien, executive director of the Minnesota Parents Alliance, criticized both the traditional policy of laying off teachers based on a first-in, first-out process, and the policy in Minneapolis, which took race into account.

“When it comes to staffing our schools, there are two practices that all but guarantee an erosion of the high-quality of instruction that every student deserves,” Trooien told Fox News Digital. “Last-in, first-out, and using race as a basis for hiring and firing. Adopting either of these misguided practices will undoubtedly lead to a righteous outcry from engaged parents and excellent teachers alike. Both need to be eliminated.”

Kelsey Koberg is an Editor with Fox News Digital. Story tips can be sent to [email protected] and on Twitter: @KelseyKoberg.