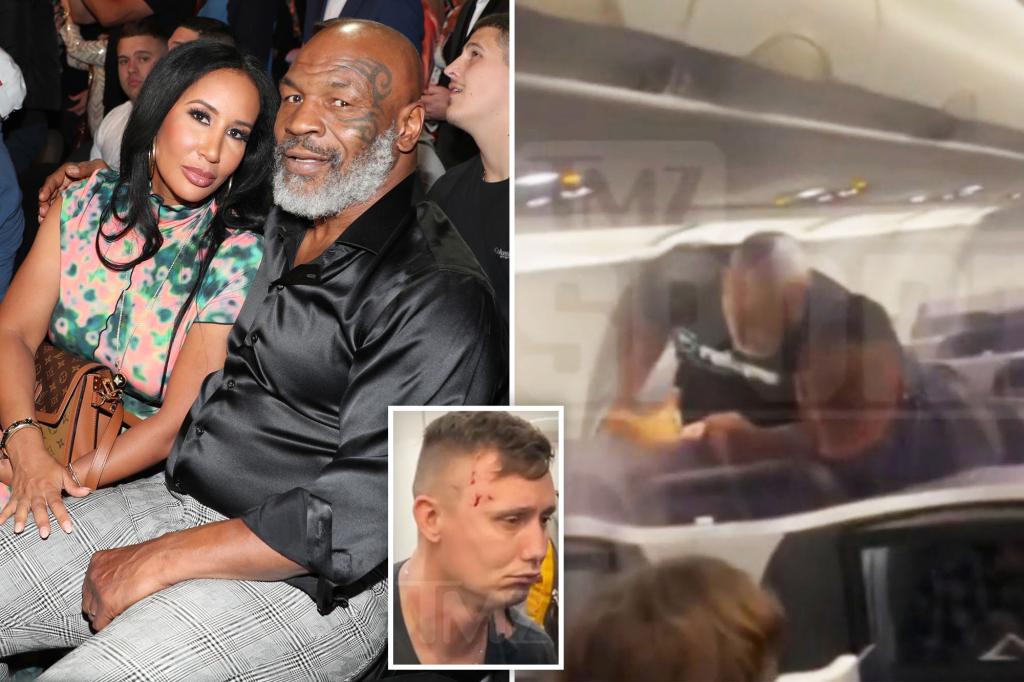 Mike Tyson will not face criminal charges for repeatedly punching a man who allegedly threw a water bottle at him aboard a JetBlue flight last month, California prosecutors announced Tuesday.

San Mateo County District Attorney Stephen Wagstaffe told TMZ that his office has decided to dismiss the case because of “the conduct of the victim leading up to the incident, the interaction between Mr. Tyson and the victim, as well as the requests of both the victim and Mr. Tyson.”

The former heavyweight champ, 55, was flying first-class to Florida on April 20 when he was caught on video punching fellow passenger Melvin Townsend III several times in the head.

The in-flight beatdown was preceded by Townsend, 36, harassing Tyson and hurling a water bottle at him, according to a source close to the retired athlete who wasn’t on the plane at the time.

Townsend has denied throwing the bottle.

Wagstaffe told TMZ that neither Townsend nor Tyson wanted the incident to end up in court.