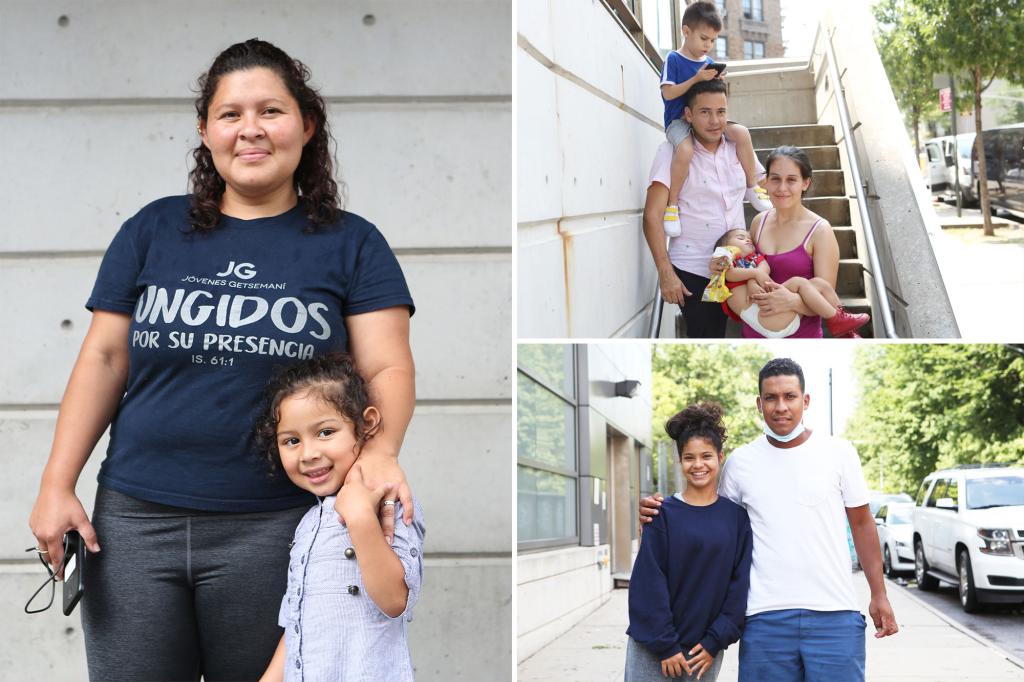 Migrants released from federal custody to seek asylum in New York City offered a host of reasons Thursday why they want to remain in the US — some of which seem to fall short of the necessary justification.

Venezuelan native Miguel Angel Naranjo, 38, told The Post that he, his wife and two sons left their home in Colombia largely in hopes of getting better health care for the older boy, 3-year-old Sebastian, who has autism.

“The economy was bad. The rent was impossible to pay,” he said outside the city Department of Homeless Services family intake center in The Bronx.

“Sebastian needs treatment. He needs a distinct diet. He needs bottles, diapers, milk. The food, the living, the clothes — that’s why we’re here.”

Naranjo complained about being shaken down to get to his job selling train tickets back home.

Foreigners can seek asylum in America if they suffered or fear persecution in their home country due to their race, religion, nationality, membership in a particular social group or political opinions, according to the US Customs and Immigration Service.

Applicants can also seek permission to work in the US, but not until five months after requesting asylum and they’re not allowed to start working for at least another month.

Angie, a single mom of a 4-year-old daughter, said she left Bogota, Colombia, “for many reasons.”

“There are threats. It’s hard to get vaccines. I’m a single mother,” she said.

“Colombia is in a bad state right now.”

Angie said she’s scheduled to meet with immigration officials in Lower Manhattan on Aug. 19, adding, “I hope they’ll guide me, see if I qualify for asylum.”

Erica Vargas and her husband decided to leave Bogota after the older of their two kids, 24-year-old Nicholas, was kidnapped “for many days” by a criminal cartel.

“One of my main concerns is finding medical attention for my son because he suffers from depression and wakes up scared from nightmares,” she said.

Others with what appear to be stronger asylum claims included Juniy Urbina, 28, who said her husband Leonardo got beat up by socialist “Chavista” thugs in their native Venezuela because he was a poll worker for an opposition conservative party.

In addition, Leonardo was only earning a minimum-wage salary equivalent to $3 an hour.

“Everything is too expensive in Venezuela to live well,” she said.

The couple and their two kids crossed the border into Texas and were taken by Border Patrol agents to a processing center where “they gave us a quick rundown,” Urbina said.

“They said, ‘Don’t lose your documents and show up to your next immigration appointment,’ ” she recalled.

“We’re hoping to stay, to get a better quality of life, to survive.”

Afterward, Urbina said, her family was put on a bus to New York City by a church in San Antonio.

Last year, the Federal Emergency Management Agency announced $110 million in available funding for “nonprofit, faith-based and governmental entities that have provided, or will provide, humanitarian relief to individuals and families at the southern border with shelter, food and supportive services.”

Jonathan Hernandez, 39, said he also belongs to an opposition conservative party in Venezuela and decided to flee the country with his wife and daughter in June after Chavistas threatened him and stole his bicycle.

“We left because of the government,” he said.

“They were after us so it was either they kill us or we come here.”

Hernandez said the family came to New York City because he has friends who live here and vouched for him to immigration authorities.

“All we were told was to show up to our immigration appointment and plead our case,” he said.