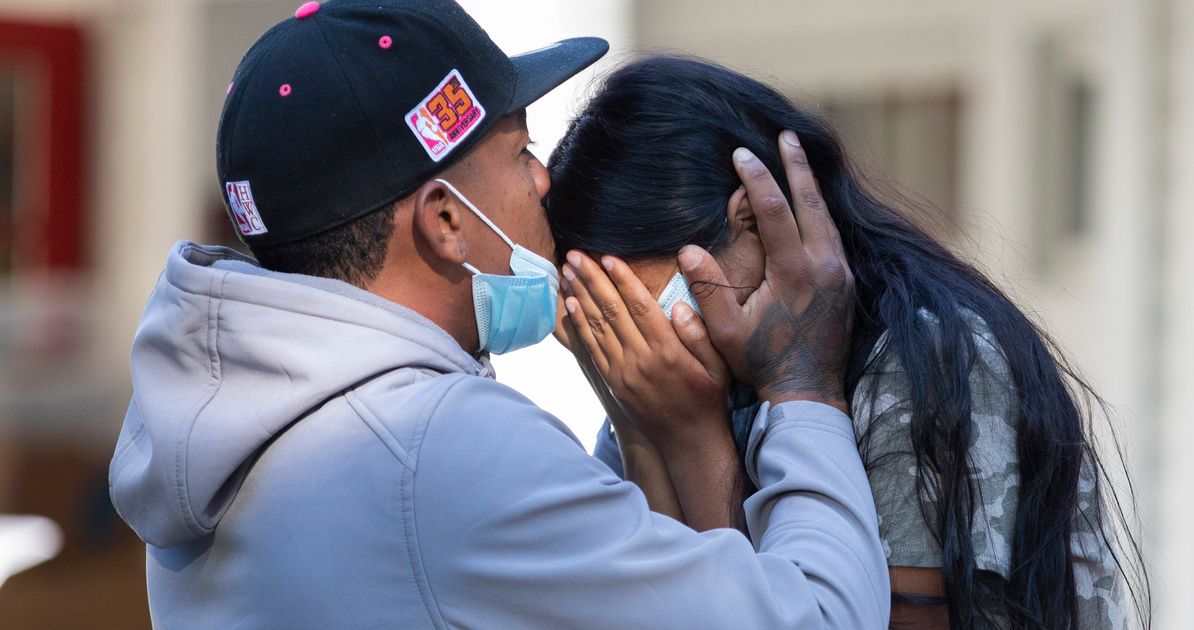 Attorneys for Venezuelan asylum seekers who were shipped to Martha’s Vineyard last week by Florida Gov. Ron DeSantis are calling for a criminal probe into the “shameful political stunt.”

“We strongly believe that criminal laws were broken by the perpetrators of this stunt,” read a letter from Boston’s Lawyers for Civil Rights sent Saturday to U.S. Attorney Rachael Rollins and Massachusetts Attorney General Maura Healey.

“This type of conspiracy to deprive our clients of their liberty and civil rights must be thoroughly investigated for violations … of all applicable criminal laws,” LCR demanded.

New York City Mayor Eric Adams also warned Sunday that he is considering legal action over similar human trafficking to his city by Texas Republican Gov. Greg Abbott, who has bused some 2,500 migrants to New York.

“Our legal team is looking at legal challenges” against Texas, Adams said on CBS New York. “When you place someone [involuntarily] on a bus, we believe that skates the law. We’re not leaving any stone unturned to make sure that New Yorkers are [not] being treated in an unfair way,” he added.

The Venezuelan victims in Massachusetts were “induced to board planes and cross state lines under false pretenses,” landing far from where they had intended to be, according to LCR.

The group, which is representing 30 of the 48 people flown from Texas to the Massachusetts vacation Island Wednesday, charged that “individuals, working in concert with state officials, including the Florida governor, made numerous false promises [to the migrants] – including work opportunities, schooling for their children … in order to induce them to travel.” They only learned of their true destination mid-flight, LCR noted.

They were conned in what amounted to a coordinated political “stunt” targeting vulnerable people as young as two years old, “based on their race and country of origin,” LCR wrote. The asylum seekers were “deprived of their liberty” by deception, the lawyers argued. The ruse additionally interfered with their clients’ ability to “comply with federal immigration obligations, such as attendance at hearings.”

The “cowardly” ploy reportedly placed their clients “in peril.” Upon arrival, a number of individuals had to be “rushed to the hospital, in need of medical care. Some now have immigration hearings as early as Monday thousands of miles away,” LCR said.

Since the DeSantis ploy, Abbott has sent two groups totaling some 150 asylum seekers — including a month-old baby — from his state to Vice President Kamala Harris’ house.

The stunt could backfire on Republican governors attempting to “weaponize” human beings in the political clash. DeSantis, in particular, could face a major voter backlash in his state, home of the largest Venezuelan community in the nation.

Members of Florida’s Venezuelan community and supporters have roundly slammed DeSantis for his actions.

“Immigrants, especially in Florida, are a fundamental part of the local growth and economy,” local Venezuelan journalist Carlos Bohorquez told The Tampa Bay Times. “Trying to ignore our immigrants fleeing cruel regimes is an inhumane act.”