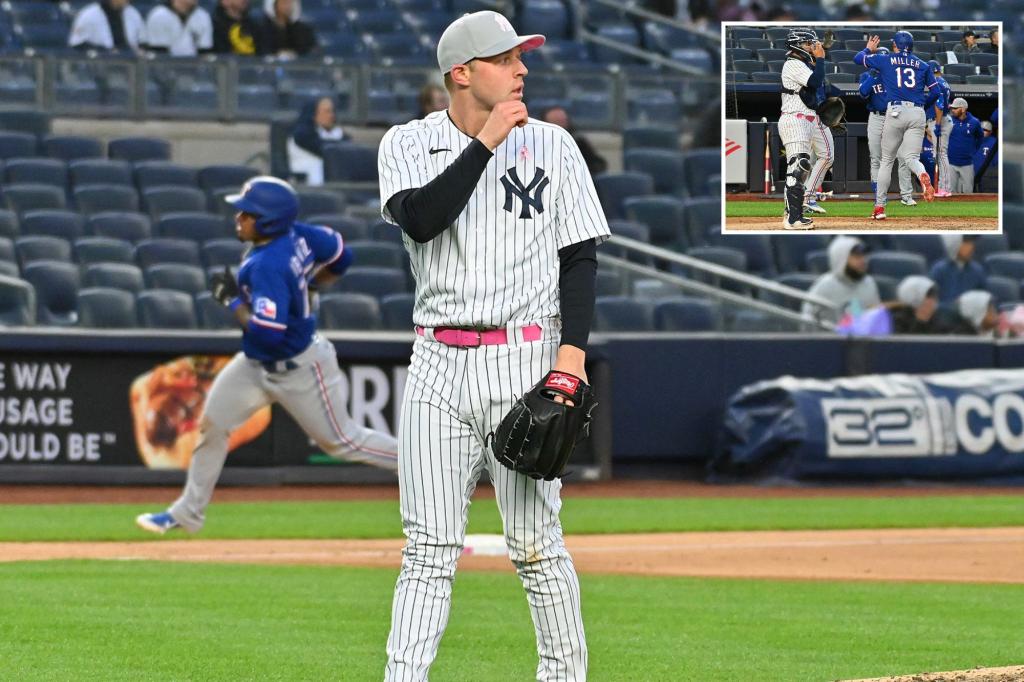 The Yankees took the opener 2-1 on Gleyber Torres’ game-ending homer leading off the ninth.

King (2-1) had pitched 14 1/3 consecutive innings without allowing a run before Miller smacked a 1-0 fastball out to center for a two-run lead. The Yankees right-hander hadn’t given up a run since an RBI double by Toronto’s George Springer on April 11.

King relieved Jordan Montgomery after Jonah Heim opened the inning with a double to left. King walked Kole Calhoun, walked Nathaniel Lowe and retired Andy Ibáñez on a forceout that moved Heim to third. Heim scored on a wild pitch to the backstop one pitch before Miller’s homer.

Giancarlo Stanton hit a two-run homer in the second game. New York lost for only the second time in 14 games.

Texas starter Glenn Otto allowed two runs and two hits in five innings against his former team, which dealt him for Joey Gallo last July. He struck out two, walked two and retired his final seven hitters after Stanton hit a 461-foot drive into the Texas bullpen in the third.

Garrett Richards (1-1) followed Otto in the sixth and got the win when Miller homered. Dennis Santana retired Aaron Judge with the bases loaded to end the seventh, Brett Martin tossed a perfect eighth and Joe Barlow pitched the ninth for his fourth save.